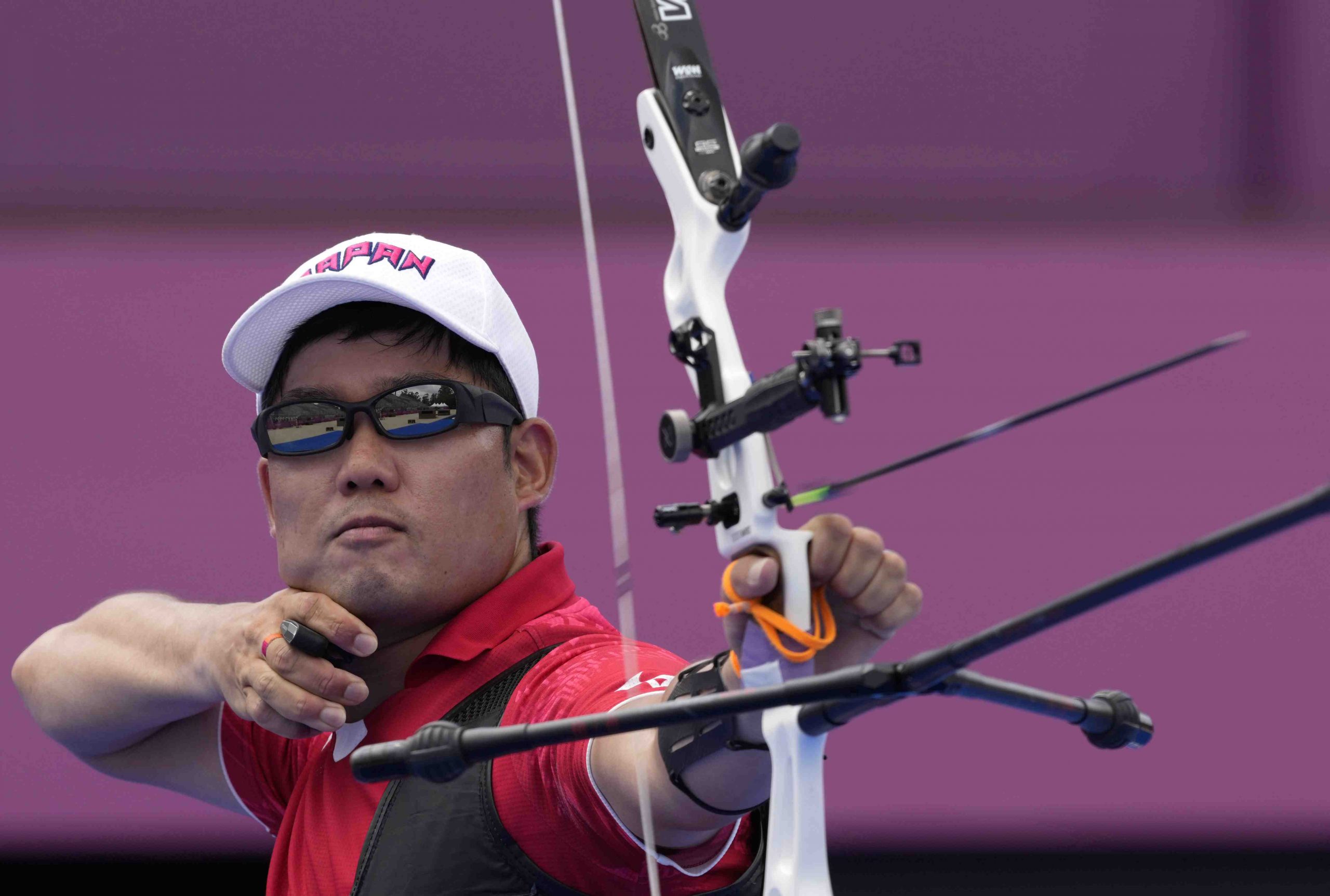 Tang, who is just 20 years old, placed eighth at the 2019 World Archery Championships in the Netherlands.

In the morning on the same day at Yumenoshima Park Archery Field, Furukawa narrowly stole the round from India’s Atanu Das with a score 6-4.

Furukawa went on to stun China’s Jialum Li in the quarterfinal, with a strong 6-0 victory, before securing a spot on the podium in his match against Tang.

“I can’t wait to go home and show this [medal] to my wife and child,” said Furukawa to NHK following the final match. “There are so many people who have supported me in this path, I just want to show them this medal and say, ‘I did it!’ ”

Furukawa also had some thoughts on the special edition of the Olympic Games. “With the constant idea that the Olympics might be canceled anytime, the fact that we have been provided with such a beautiful platform to perform was really moving for me,” reflected Furukawa.

“I would like this to be a message to everyone that even when things get tough, when you work hard good things can happen to you.”

The 36-year-old Furukawa, making his fifth consecutive Olympic appearance, took home the silver from the 2012 London Games. He started archery at 15 while in high school in Aomori Prefecture because, although he wanted to practice Japanese archery, also known as kyudo, the school only had a regular archery club.

Furukawa had also helped his teammates Hiroki Muto and Yuki Kawata earn a bronze medal in the team archery competition on July 26 against the Netherlands.

One of the favorites in the competition in Tokyo was American star Brady Ellison, the world champion in 2019 and bronze medalist in Rio de Janeiro in 2016. Ellison was ushered out of the quarterfinal after coming up against Turkey’s Mete Gazoz, who beat him 7-3.

Gazoz went on to grab the gold medal after winning against Italy’s Mauro Nespoli, by a 6-4 margin.