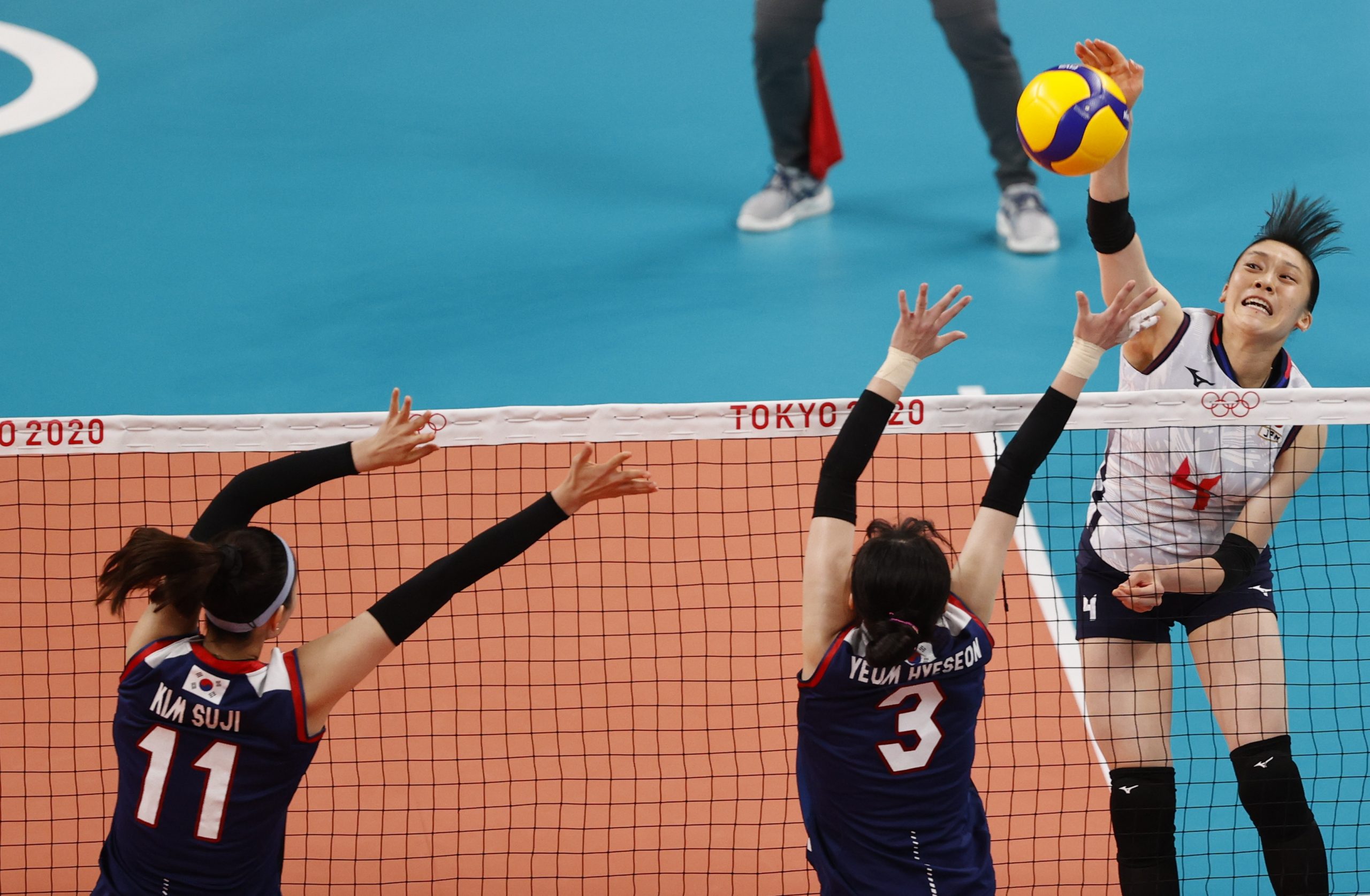 Japan's Mayu Ishikawa battles at the net against South Korea's Su Ji Kim and Hye Seon Yeum in a women's volleyball Pool A preliminary round match on July 31 at Ariake Arena. (REUTERS/Valentyn Ogirenko)

It was a close match, but in the end Japan wasn’t able to overpower South Korea, losing 3-2 in a women’s preliminary round Group A match at Ariake Arena on Saturday, July 31.

The match came down to the final points in the fifth set, which was extended beyond the standard 15 points in order for the win to be by at least two points. Japan was leading several times by a few points near the end of the game, but Korea came back to win.

Sarina Koga, who played during all five sets, earned 27 points, and Mayu Ishikawa came in second on the Japanese team with 23. Koga injured her right ankle during the team’s first match of the Olympics against Kenya. She was taken out part way through the game and missed the team’s next two games, but recovered and was able to play against South Korea.

Koga reflected afterwards, “It was a match that we had to win. It’s truly frustrating,” according to Yahoo News.

Brazil (4-0) currently tops the Group A rankings. Japan’s loss doesn’t eliminate it from the quarterfinals, but the host nation is currently in fifth place with a win-loss record of 1-3. Japan will need to beat the Domincian Republic, which sits in fourth place, in its final preliminary round match in order to advance.