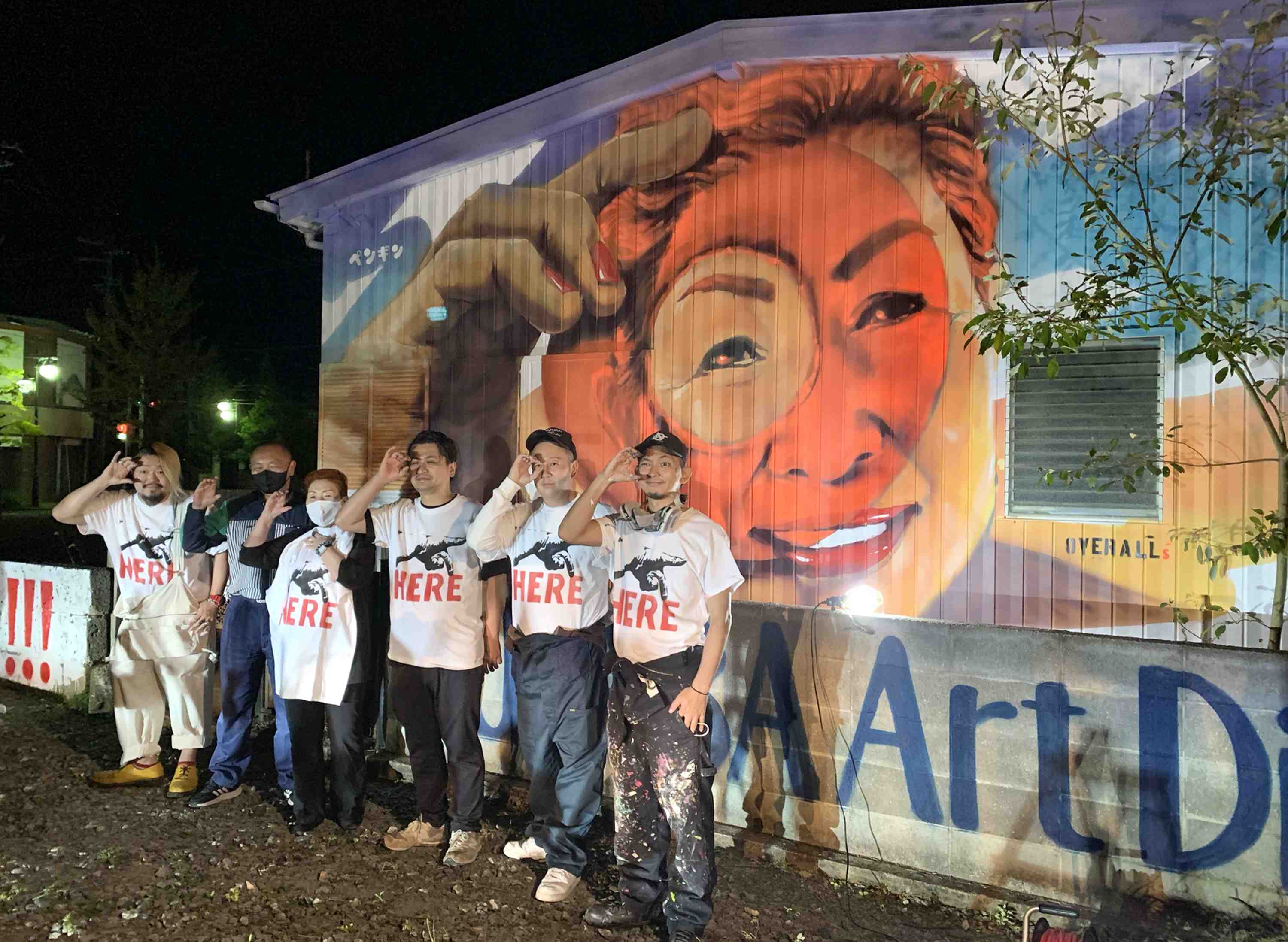 A giant forefinger points down, as if fixing on one point in a vacant lot that was once the center of a bustling town. Bold red letters spell out “HERE WE GO!!!”.

The town of Futaba in Fukushima Prefecture remains under evacuation after the accident at Fukushima Daiichi Nuclear Power Plant caused by the March, 2011 Great East Japan Earthquake.

Now murals are going up in what was formerly a prime location in front of JR Futaba Station. As of October 11, nine years and seven months have passed since the disaster. Ahead of the ten-year anniversary on March 11 of next year, the Futaba Art District, a project to revitalize the town with art, has gotten underway.

The murals are designed to show the town’s determination to recover. The future of the city “starts here”. 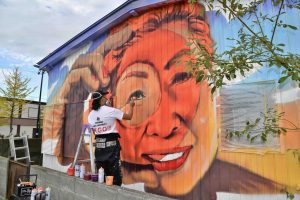 The latest mural, depicting a red-haired woman with a smile known by all the locals, is the first thing that catches the eye when stepping outside the station. Featured is Takako Yoshida (75), proprietress of the local fast-food restaurant “Penguin”.

“Art makes a big difference, even in places where no one lives. We wanted to send out a beacon, to let people know that Futaba starts here.” So says Joe Takasaki (39), owner of “Joe’sman”, a local pub and eatery in town. Takasaki, who proposed the art project, was also the model for the mural of the left hand pointing at the ground. The mural was painted at the location where Takasaki’s parents used to run a Western-style restaurant named “Kitchen Takasaki”. 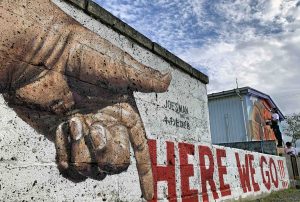 After the nuclear accident, Takasaki evacuated and moved to Kanagawa Prefecture. He now runs “Joe’sman 2” in the Sangenjaya district of Tokyo. He was inspired when he took a trip to the Netherlands and visited a town that had used art to revitalize the ruins of a shipyard.

“People see Futaba in a negative light, as the town from the nuclear accident,” he said, adding, “I want to change their minds with art.”

Backing Takasaki is the company producing the mural art, Overalls Co., Ltd. Company President, Takato Akazawa (38), sympathized with Takasaki’s vision and wanted to create an arts district in Japan similar to an area of Los Angeles in the United States. That arts district, once an industrial and warehouse district, has become a popular spot via the power of art.

The Futaba project was immediately launched, and the first mural, “HERE WE GO”, was completed in early August. “I wanted to show a side of Futaba unrelated to the nuclear accident,  something that makes you think ‘Wow!’ when you exit the station. I hope it can contribute to the town’s restoration,” Akazawa commented. 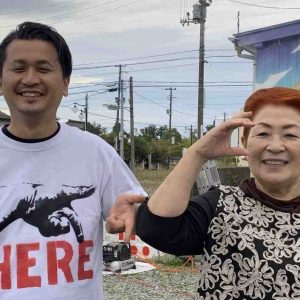 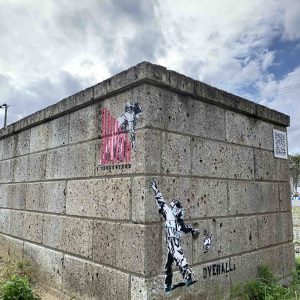 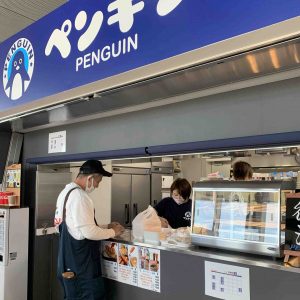 Looking to the Future

The second mural was completed on October 7. It depicts Yoshida holding a doughnut, a popular menu item at Penguin, and looking through its hole, symbolizing a view towards the future as the sun rises.

Penguin reopened for business in October in a different location in the town, and was dubbed “First Penguin” for being the first restaurant in town to reopen. The first penguin to leave its colony and courageously jump into the sea to find food, despite the possibility of encountering natural predators, is called the “first penguin”. The bold brushwork of the painting is well suited to this image of bravery.

Before the nuclear accident, students on their way home from school would step into Penguin, some of them even calling out, “I’m home.” Unconcerned with making money, Yoshida focused on filling the kids’ bellies with her doughnuts and hamburgers. Penguin was their second home, and Yoshida their second mother.

Yoshida traveled from her current home in Saitama Prefecture to see the mural. “Penguin was a place for the young. I’m flattered that everyone thinks so much of it. It’s like I’m looking out for everyone,” Yoshida reminisced with a smile.

There are plans for more murals around town. “Working together, we’re going to bring Futaba back and make it once again a town that young people want to live in,” Takasaki vowed.