Sensing Progression of the Seasons in Japanese Autumn Cuisine 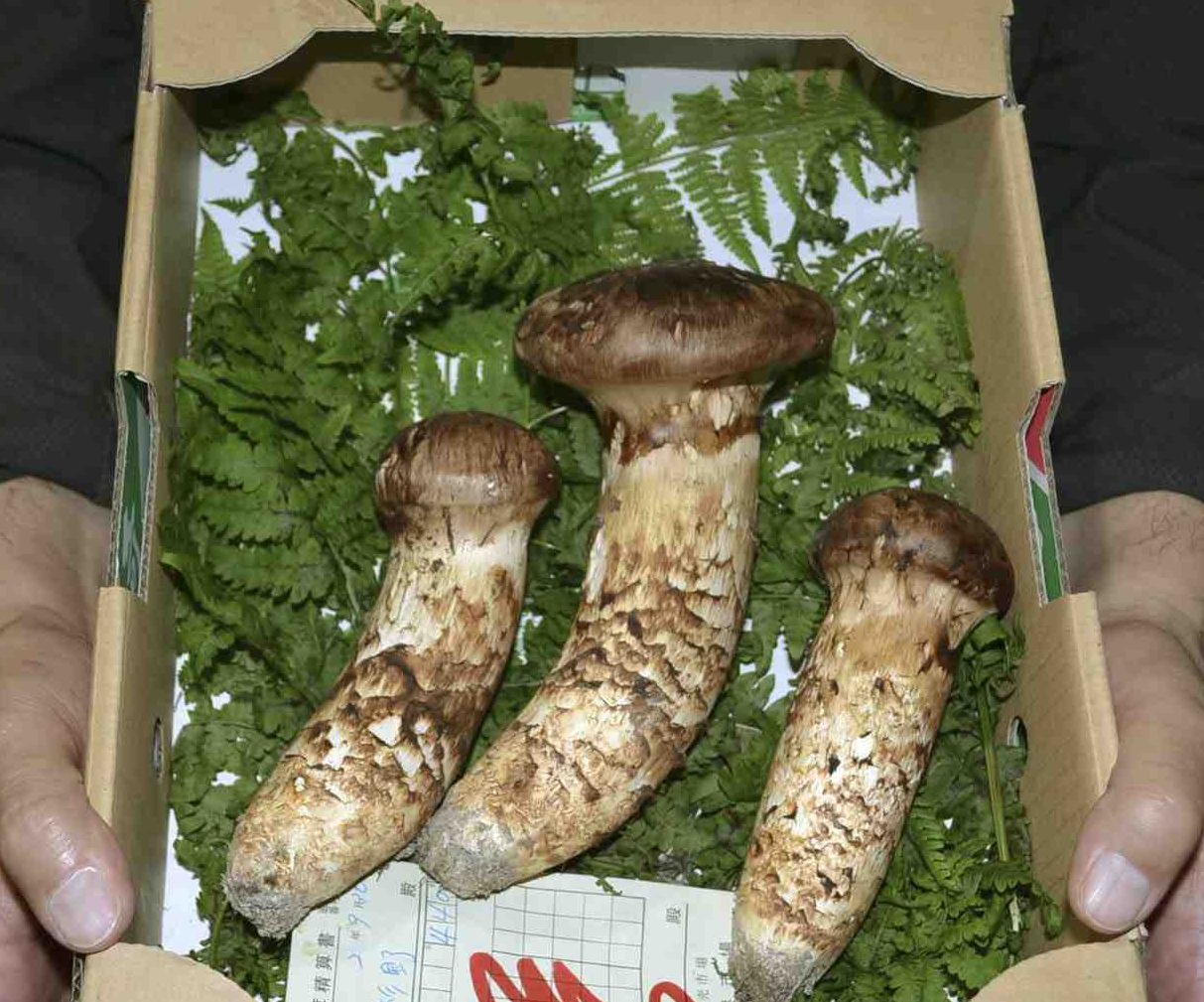 In Japan, each season has its own distinct set of dishes and individual flavors. Largely influenced by the fresh ingredients available at specific times of the year, these dishes are also said to match the mood of the season.

Appropriately, seasonal specialities are a prominent feature of Japanese restaurants and food stores. And the availability of certain items adds to the sense of there being four distinct seasons for the Japanese to enjoy.

During spring, for example, the sweet flavor of sakura (cherry blossom) arrives, turning everything – from KitKats to milk tea and even curry – a light shade of pink.

In summer, savory dishes such as hiyashi chuka (cold ramen) and grilled unagi (eel) are thought to both keep the body cool and to provide the stamina necessary to survive the heat.

Now, as autumnal breezes well and truly drive that heat away, a new set of flavors and dishes emerges.

Underscoring Japan’s seasonal change in cuisine is an idea known as kisetsukan. Literally translated, this idea refers to a uniquely Japanese “sense of the seasons”.

Yumi Ogami (34) is a Japanese chef and owner of Robin’s Kitchen, a cooking school aimed at introducing washoku (Japanese cuisine) to foreigners. She describes kisetsukan as an emotional connection to the seasons felt by Japanese when sitting at a table surrounded by certain items.

“Not only delicious dishes,” she suggests, “but the presence of specific tableware and decorations allow us to make this connection with the seasons. And we do so by using all five of our senses”.

Having spent a number of years overseas, Ogami continued, she came to appreciate the extent to which the enjoyment of Japanese food is connected with the mood of the season.

“I feel that a lot of our ‘sense of the seasons’ is done subconsciously. We do not necessarily think about the connection we are making between our food, its ingredients, and the various seasons. And yet, it is always there. I think it is important that we work to make sure this ‘sense of the seasons’ continues to be understood in the future.” 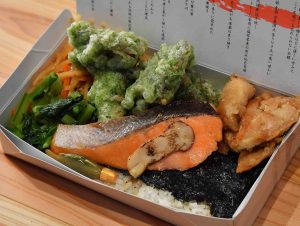 Alongside seasonal staples such as sweet shrimp and sanma (Pacific saury), other autumnal favorites include the fruit kaki (persimmon) and momiji tempura (deep-fried and salted maple leaves).

When asked what she considers to be the quintessential “taste” of autumn, Ogami says that it is the abundantly available harvest of mushrooms, chestnuts and potatoes that autumn cuisine really derives its flavor.

At the top of Ogami’s own personal list of favorite autumnal dishes is kinoko takikomi gohan (rice cooked with mushrooms).

She writes that “Autumn is the season when the numerous varieties of mushroom really come into their own. There is so much to choose from! To this simple rice dish you can add shimeji or shiitake mushrooms and enjoy it just as it is. Or, you can add chicken or fried tofu for that bit of extra flavor. What I really like about it is you can make it even more seasonal by matching the contents of your rice dish with your selection of autumnal side dishes.”

Without a doubt, the most sought-after autumn flavor in Japanese cuisine is that of the matsutake, a luxury food, much like caviar in the West.

With annual consumption in Japan averaging at around 1000 tons, the matsutake market is now worth around ￥30-40 billion JPY ($300-400 million USD) per year. Yet, beyond its status as a luxury item, matsutake is also a cultural symbol.

Like the arrival of kōyō (colorful autumn leaves), the unique smell of matsutake signals the end of summer and the changing of the seasons.

A Short Window of Opportunity

The peak harvesting period for matsutake is also exceptionally brief. The window in which it can be picked lasts only from September into October.

Therefore, the annual enjoyment of matsutake is short-lived and poetic in its brevity, much like the fleeting visits of cherry blossom each spring.

For this reason, Shinichiro Takagi, head chef of Michelin starred Kanazawa restaurant Nihon Ryori Zeniya (Japanese Cuisine Zeniya), has written that “the very appearance of matsutake in seasonal dishes is enough to make us think of autumn.”

The History of Matsutake in Japan

Matsutake-shaped statues from the early Jomon period (c. 14,000 to 3000 BCE) are believed to have helped distinguish edible mushroom varieties from those poisonous to humans. The presence of such statues also demonstrates the Japanese people’s historic relationship with this autumn delicacy, suggesting its harvesting has continued for at least the past five thousand years.

Similarly, one tanka (31-syllable poem) from the Manyoushu, Japan’s oldest collection of classical poetry, is dedicated specifically to the autumnal aroma of the matsutake.

At least as far back as the Nara period (AD 710-794), therefore, the Japanese have connected the scent of matsutake with the onset of autumn.

Dobin-mushi (literally “steamed teapot”) is a seafood broth steamed in, you guessed it, a small teapot. It typically contains shrimp, soy sauce, lime and chicken, with an infusion of aromatic flavor provided by matsutake.

Similarly, chawanmushi, which is served in restaurants throughout the year, is infused with a decidedly autumnal twist by the seasonal addition of matsutake. This savory custard is made by steaming a mix of eggs, dashi (soup stock), mirin (rice vinegar) and matsutake in a small cup.

Time to Taste the Autumn

Because of diminishing harvests – matsutake was classified as “vulnerable” by the International Union for the Conservation of Nature (IUCN) for the first time in July 2020 – the price of domestically cultivated matsutake has increased dramatically over recent years.

However, as reported in the Nikkei Shimbun in early October, this year has actually proved to have a particularly bumper crop, with regions such as Iwate prefecture producing a far greater yield (about 200kg per day, or 5 times the usual amount) than at any other time in the past 10 years.

As a result, the price of domestically produced matsutake has dropped by 70% in comparison to last yearーwhen there was a particularly small cropーand is now available for as little as ￥25,000 JPY ($240 USD) a kilo, or ￥5,000 JPY ($48 USD) for a 200g pack of two matsutake.

Given this increased availability, says Ogami, we now have an “excellent opportunity to try matsutake in our cooking.”

And in doing so, we might ourselves come to appreciate something of the taste of autumn and the uniquely Japanese sense of changing seasons.