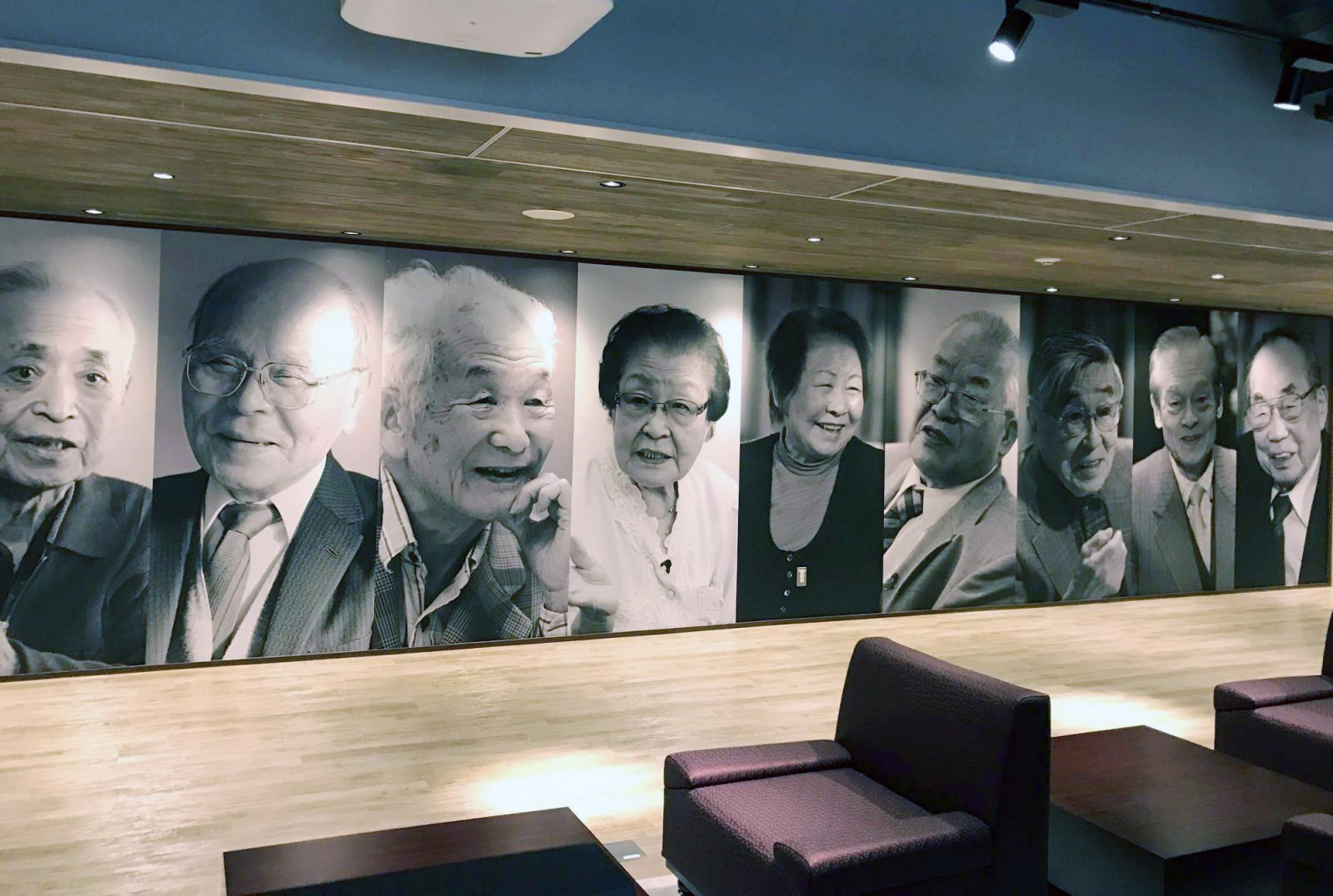 Actual islanders participated in the collection of historical documents and information. Their stories are also told at the IHIC.

On July 22, a United Nations agency adopted a resolution, stating that the Tokyo-based Industrial Heritage Information Center (IHIC) has made an insufficient explanation of wartime Korean labor at sites such as the Meiji Industrial Revolution-era Hashima Coal Mine near Nagasaki.

The United Nations Educational, Scientific and Cultural Organization (UNESCO) also commented that it had “strong regrets” over the explanation of the World Cultural Heritage site in Nagasaki.

A joint report by UNESCO and the International Council on Monuments and Sites linked to the resolution has asked the Industrial Heritage Information Center set up by the Japanese government and based in Tokyo’s Shinjuku Ward to make their portrayal of the site’s history more diverse, and to include the “darker aspects” of the labor, to preserve the memory of the victims.

In response to the resolution, the Asahi Shimbun published an editorial on July 27, saying that the Japanese government should “fully address the remaining issues” and redo the exhibition.

What IHIC needs to do is to make changes in the way its exhibition is being displayed. It should seek opinions from a wide range of experts to ensure that the center provides more balanced information about the site including facts concerning the victims. Many such historical sites are linked to both the bright and dark sides of history. They can be World Heritage assets only if all the related historical facts are acknowledged and exhibited. The Japanese government should humbly accept the committee’s resolution and fully address the remaining issues raised by UNESCO.

What the Exhibition is Based on

But what does the Asahi Shimbun mean exactly when it says, “historical facts”?

Ever since the inscription of the “Sites of Japan’s Meiji Industrial Revolution” in 2015, I have been working with former islanders to gather primary information and testimonies regarding Hashima Island, and have faced head-on the issue of life and labor on Hashima Island during the war.

As soon as that Asahi editorial went out, I received a series of emails and telephone calls from former islanders with comments such as: “This is totally unacceptable. Are you suggesting that events that did not take place in reality ought to be treated as if they are the truth?”

The July 27 editorial was not the first time the Asahi took this stance on the matter, though. The newspaper has consistently expressed dissatisfaction over the exhibition ever since the IHIC opened.

In an earlier editorial published in July 2020, Asahi asserted that the testimonies given by former islanders of Hashima Island, which are displayed in the IHIC, are problematic.

The newspaper stated that “official government documents of the day showed that there were cases of violence against workers from the Korean Peninsula, and that also they were forced to work under cruel conditions. Furthermore, such facts had been recognized by the Japanese courts,” read the Asahi editorial.

Asahi and UNESCO Contradicted by Facts

Did those “historical facts” portrayed by the Asahi actually happen on Hashima Island? Some former islanders asked the government about the official documents referred to by the Asahi, only to learn that no documents could be found at all.

In addition, former islanders contacted the coal mine operator, Mitsubishi Materials, through a lawyer and asked the following:

Regarding coal mines run by Mitsubishi on Hashima Island and elsewhere until the end of the war, have any of the following acts been recognized as part of a court judgment, in relation to a person(s) from the Korean Peninsula? 1) violence or abuse, 2) discriminatory treatment, or 3) cruel forced labor together with violence toward a worker(s).

Mitsubishi replied to say that there were no cases of Mitsubishi Materials being involved in a domestic trial on any of the issues mentioned above.

So, at the end of the day, there are no court cases or official government documents showing that forced slave labor involving Koreans took place on Hashima, contradicting the Asahi’s claims.


Making Up Charges to Fit their Claims

What basis then did the Asahi have to allege that there were official documents and court cases? When we asked them for the details, they sent the following reply in August 2020:

That particular description is a general reference to the wartime labor of the day and does not apply specifically to Hashima. It is well known that there are official documents showing that such events happened in Japan.

Sadly, the tone of the UNESCO resolution and the Asahi editorial are the same. Both are based on the premise that “dark things probably happened,” even if it wasn’t on Hashima Island.

That is the basis for UNESCO’s unfounded request that IHIC add “darker aspects” to our exhibition to preserve the memory of unknown victims.

However, we want UNESCO and the Asahi to pause and think deeply. The exhibition is about Hashima. How do these organizations want the so-called victims to be identified exactly?

IHIC’s Principles Have Been Consistent

If we are going to use the term “victim,” we must define what that is and provide some kind of evidence they existed. If there were victims, what was their suffering? Are there historical documents or testimony as evidence of their existence?

In order to have a victim, you also need a perpetrator. In the absence of official documents and judicial precedents, we must not stigmatize and falsely accuse former islanders out of a sense of justice for the seemingly weaker party.

Regarding the Hashima Coal Mine, the IHIC wants to introduce reliable records, articles of the day, and notes of people involved to produce a reliable record of what happened there. However, at this point, there is no evidence that documents the Asahi are calling for even exist. Moreover, we should not violate the human rights of former islanders with vague allegations for which there is no proof. It is wrong to promote simplistic ideas on Hashima without any evidence to support them.

Interpreting history should be based on primary source materials and testimony — not according to politics or social movements. Imposing ideology and one man’s sense of justice on history can be dangerous.

The IHIC’s role should be to provide accurate primary sources and testimonies, and then let individual historians make their own judgments.

This is how we operate at IHIC, and we have no intention of changing this principle.

(Read the Sankei Shimbun Seiron article in Japanese at this link.)