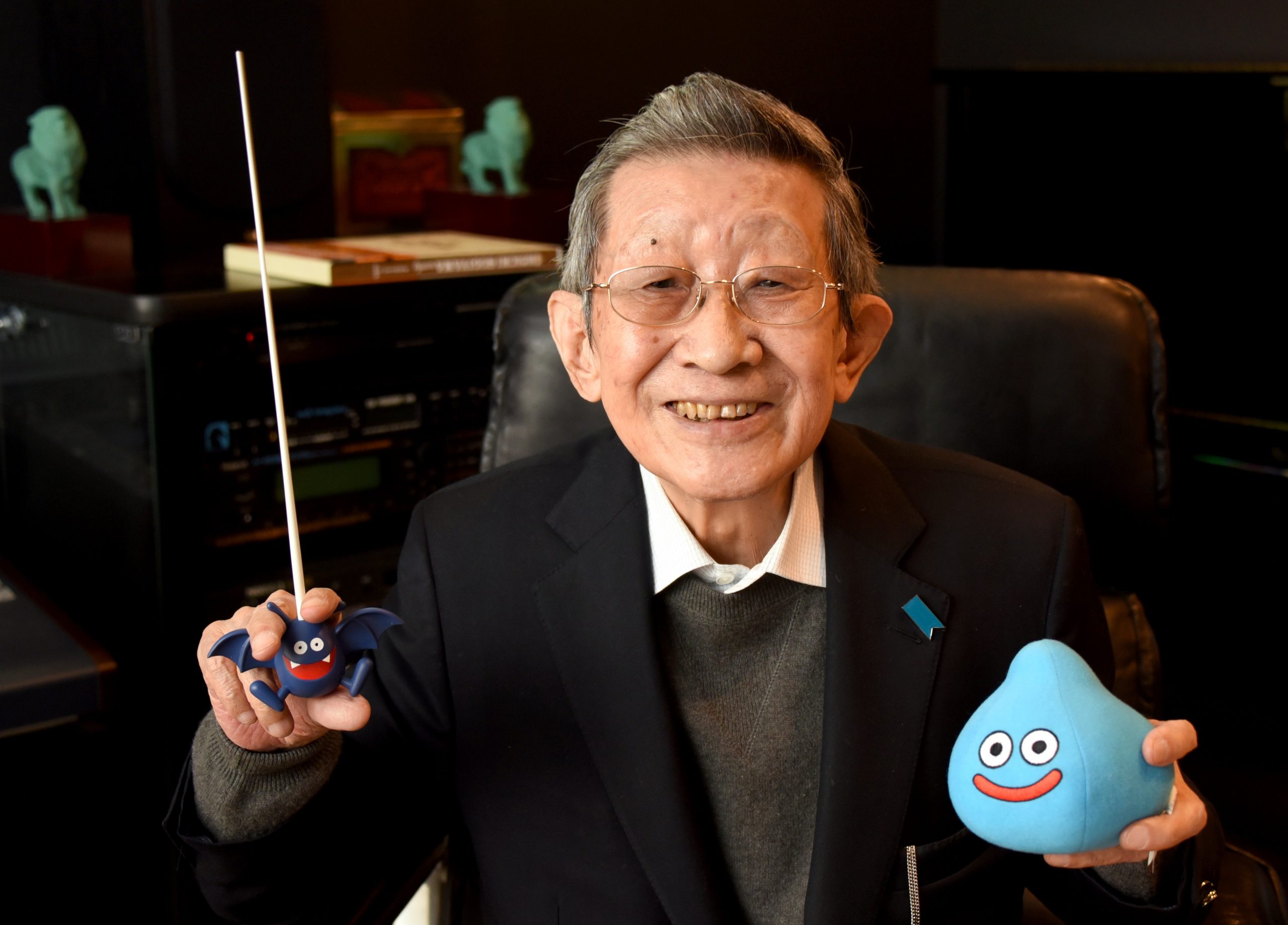 Think back to the opening ceremony at the Tokyo 2020 Olympic Games. Many people can probably still hear the “Dragon Quest” song – composed by Koichi Sugiyama – being played loudly during the athletes’ parade.

The “Flaxen Haired Maiden,” “Fugue of Love,” and horse-race fanfares. These are just some of the classics composed by Sugiyama, who passed away on September 30 at the age of 90 years old.

In more recent years, the composer became known as “the master of video game music.” Without a doubt, though, he was one of the leading composers of modern Japan.

Born in Shitaya in Tokyo’s Taito Ward, in 1931, Sugiyama grew up in a home where everyone loved music. In the 1960s and 1970s, he used elements of Western classical music in pop songs, shaking up the music world of the day.

He produced music across a variety of fields such as commercials, animé, and special effects. In total, he wrote thousands of songs.

The game evolved into a hugely popular series, attracting many fans globally, and has come to represent Japan. Sugiyama spent more than 30 years involved in Dragon Quest music, and helped raise the profile of video game music, which was initially looked down on.

In an interview in 2016, the composer spoke about the importance of producing catchy songs.

“Video game music is repetitive, and the user listens to the music for long periods of time. Therefore, you have to compose songs which  don’t have to be sophisticated, but which never get boring,” Sugiyama said.

He also enjoyed games in his private life. During World War II air raids, he and his family would stay indoors, preventing light from escaping from the house, and play with Japanese Hanafuda or other card games.

As an adult, he collected approximately 300 types of games – old, modern, Eastern and Western. He was proficient at Dragon Quest, and continued to play games in his 80s, such as those on portable devices.

“Japan is the best nation in the world. I am glad I was born here.” Sugiyama was known for being very passionate about his home country.

He went about his work as the “composer who has a lot to say,” and spoke out for many years on issues such as amending the post-war Constitution and one-vote disparity.

“Dragon Quest is my life’s work. I want to work as a composer for my entire life.”

In keeping with this statement, Sugiyama stayed active and handled the music for Dragon Quest XI, which was released in 2017.

His beautiful melodies, which resonate in people’s hearts, live on.