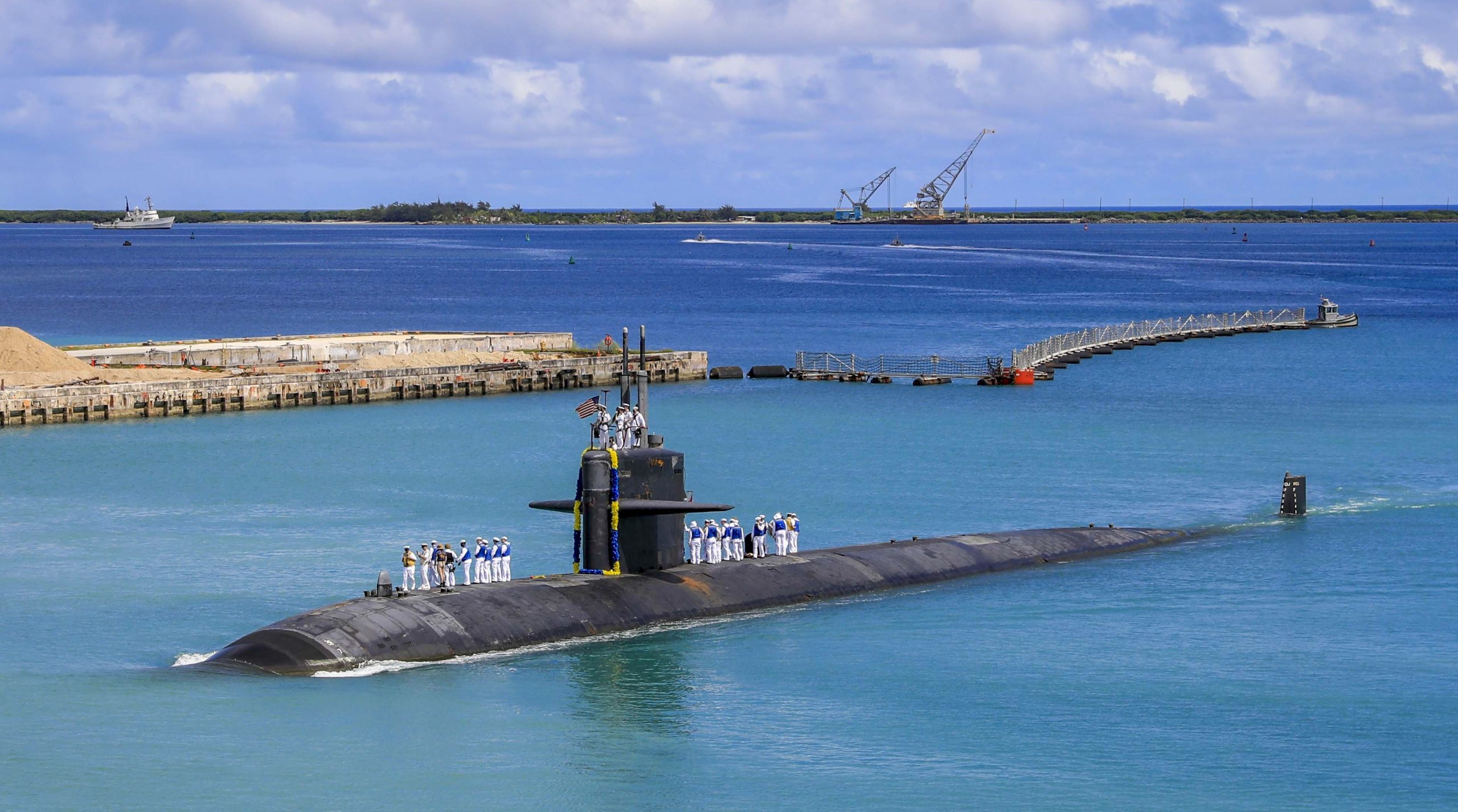 Is the politics of nuclear brinkmanship returning to the forefront across the Indo-Pacific? That is the fundamental question coming out of implementation of the AUKUS security trilateral announced by the United States, United Kingdom and Australia in September 2021.

More specifically, will the AUKUS nuclear clause contribute towards containment in the strategically fluid arenas of Asia, or will it end up creating further chaos in an already tumultuous and unstable region?

Australia, the U.K., and the U.S. pledge AUKUS will be a security alliance catering to the Indo-Pacific. The first major initiative of the trilateral, however, is delivering a fleet of nuclear-powered submarines to Australia over the next 18 months. This would be one of the most complex and technically demanding projects in the world, requiring highly advanced technology.

AUKUS nations have been quick to clarify that Australia’s acquisition would be that of conventionally-armed submarines powered by nuclear reactors for its Navy, and not nuclear-armed submarines. The development of Australia’s nuclear-powered submarines would be a joint endeavor between the three nations, with a focus on interoperability, commonality, and mutual benefit.

Given that only a handful of countries possess nuclear-powered submarines, acquiring this formidable capability calls for highlighting the exercise of nuclear stewardship responsibilities on the one hand, and addressing the commonalities of maritime democracies on the other.

Notwithstanding the power dynamics, Asia’s nuclear instability and dangers have not diminished in the past decade. On the contrary, disturbing newer elements in global nuclear dynamics have developed in the past few months, especially in East Asia.

According to a recent UN report, North Korea has continued to pursue its nuclear and ballistic missile development programs including testing “combining ballistic and guidance technologies” with continued activity at key sites related to the nuclear program. The report’s findings were further amplified as they were published after Pyongyang conducted a series of missile tests within a span of a few weeks recently. These include test firing a newly developed anti-aircraft missile, which, in fact, was the second known test in the same week following the launch of a hypersonic missile.

Besides, Pyongyang has also fired ballistic missiles and a cruise missile with potential nuclear capabilities in recent weeks, with a purported objective of verifying the practical functionality of the missile launcher, radar, and battle command vehicle and combat performance.

These claims made by North Korea’s state media agency KCNA are yet to be verified. Nevertheless, the fact that despite its moribund economy and worsening economic travails, North Korea continues to maintain and further enhance its nuclear and ballistic missile program, keeps the entire Northeast Asia on an edge. This perhaps is precisely what Kim Jong Un’s nuclear brinkmanship seeks – a complicated bargaining process with a trade-off that shall always be on tenterhooks, given North Korea’s track record.

In the same neighborhood, North Korea’s benefactor, China, has not been behaving like a responsible nuclear power.

The situation across the Taiwan Straits today is dire as the Chinese Air Force scrambles a record number of aircraft, crossing and violating the Taiwanese Air Defense Identification Zone (an informal buffer between the two). There have been arguments (and rightly so) that in the present security context, Japan’s regional priority should be preparing to help defend Taiwan in the face of Mainland China’s threat of military means to forcefully unify Taiwan.

The CCP’s response to regional concerns has been nothing short of an open nuclear threat carried in a television address over the CCP’s military channel.

The visual commentary threatened the launch of relentless nuclear strikes against Japan, and stated, “When we liberate Taiwan, if Japan dares to intervene by force, even if it only deploys one soldier, one plane, and one ship, we will not only return reciprocal fire, but also start a full-scale war against Japan… We will use nuclear bombs first…and use nuclear bombs continuously until Japan declares unconditional surrender for the second time.”

The CCP military channel further stated, “[the] international situation has changed dramatically… all political policies, tactics, and strategies must be adjusted and changed… [It] is necessary to make limited adjustments to a nuclear policy.”

In the past, too, there have been looming questions regarding China’s nuclear no-first-use pledge, and particularly whether Beijing’s commitment would apply to its perceived territorial claims.

By citing the “Japan Exception Theory” and inciting the threat to “take back the Diaoyu (Senkaku) Islands and Ryukyu Islands,” China has effectively announced its renunciation of the universal no-first-use policy for nuclear weapons.

Ranging from deterrence to crisis scenarios, China’s nuclear policy and posture could be in for major restructuring. East Asia, with its history of protracted conflicts, is close to facing a dangerous new phase of nuclear instability. Issues such as politically unreliable command and control systems, rogue launches, flawed intelligence and warning systems and mistaken preemptions remain a reality that could push the entire region towards indescribable catastrophe.

Amid all this, whether the AUKUS shall become a stabilizing deterrence reality, or a grand argument used by China and North Korea to engage in further destabilization, remains to be seen.