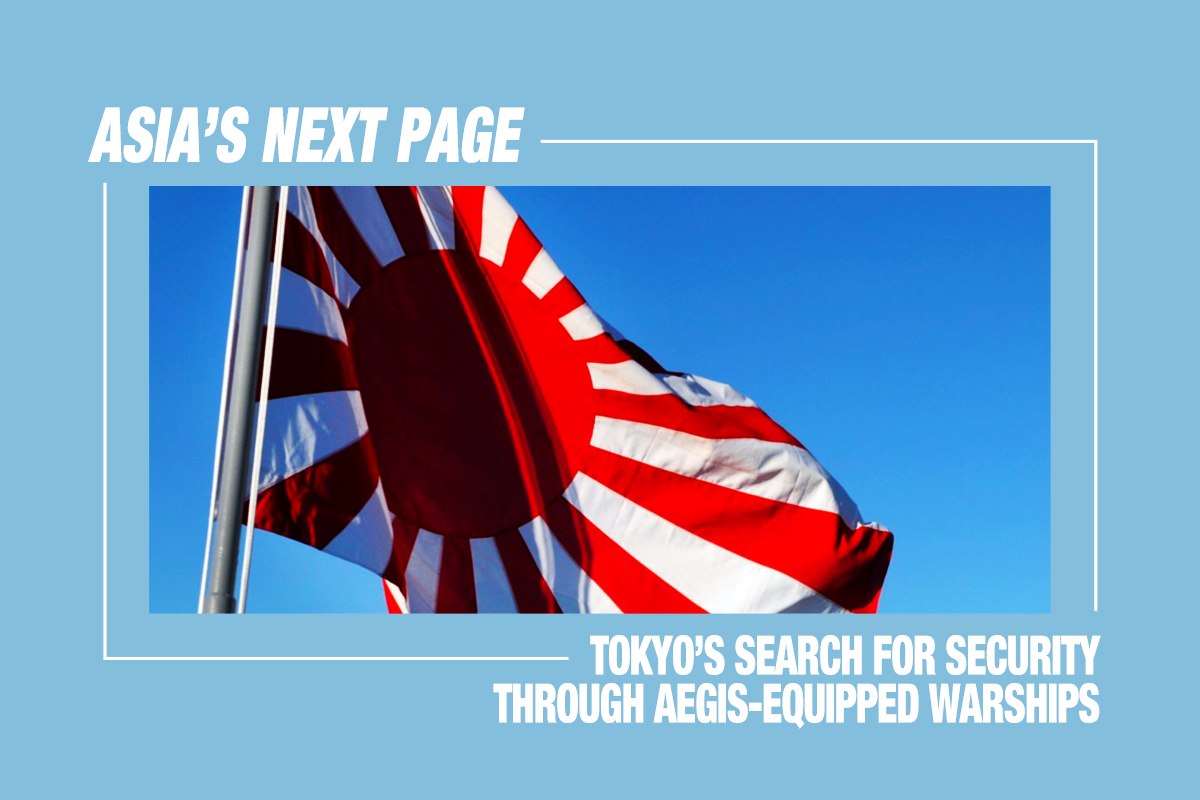 The charged geopolitical landscape across Asia and the Indo-Pacific is at present extremely delicately balanced between China and other key players. Most of the strategic calculus in Asia will witness perhaps fresh assertion post the United States election, where Joe Biden is emerging to occupy the White House. At the same time, America partner countries in Asia such as Japan, South Korea and India are leaving no room to upgrade their security and military mandate, no matter how assuring the U.S. comes as an alliance partner, given its political lineage towards them.

Tokyo under Prime Minister Yoshihide Suga is steadily amplifying its military outlook, keeping in view the future of the region where Chinese aggression is becoming the real gamechanger.

Tokyo’s recent call to reportedly order two Aegis-equipped warships—an alternative to the U.S.-based Aegis Ashore, a land-based variant of the Aegis Ballistic Missile Defense System, the deployment of which Tokyo canceled earlier this year—is an attempt to tilt the geopolitical scale in its favor. The ships will be furnished with Lockheed Martin’s SPY-7 radar, initially meant for the Aegis Ashore framework.

It will be a costly affair. This will require spending to adjust the radar for the transfer, on top of the expense to manufacture the vessels themselves. Japan’s 2021 fiscal budget will have partial funding allocated especially for this venture. Amidst internal debate over rising defense costs, especially money spent on hosting U.S. forces, Tokyo approved a record high defense budget for 2020. With a 1.1 per cent increase over 2019, the 2020 budget totals USD 48.5 billion; this also marks the eighth consecutive annual increase in defense budgeting.

The decision to order the two Aegis-equipped warships and more importantly to increase the defense budget is derived from Tokyo’s security outlook towards the region. If Trump putting demands for cost-sharing of the American troops stationed in Northeast Asia scratched Tokyo’s confidence, its lingering China problem and the intent to take forward Shinzo Abe’s legacy to build a stronger security and military mandate for Japan’s security calculus have been instrumental for Tokyo’s bold step to go in for Aegis-equipped warships. These decisions are incremental political steps to emerge as a stronger independent military to build a resilient Japan ahead of China’s military posturing in Asia, while building on its image as an economic power.

To see it purely through a political lens, Prime Minister Suga has until now largely followed Abe’s foreign and domestic policies. Being Japan’s longest serving prime minister, Abe has left many a legacy pertinent to Japan’s international and national standing.

One such legacy was paving the way for acquisition of first-strike defense capability. However, while insisting that it is “necessary to increase deterrence and further reduce the probability of ballistic missile attacks”, Abe also stated that it will be up to his successor, Suga, to finalize the new defense plan for Japan. The fact that this statement was made in the presence of Suga, at the time still Chief Cabinet Secretary in Abe’s Cabinet, further highlights the convergence in policy between the two leaders.

Abe’s focus on a defense posture including first-strike capability was in tandem with his goal to amend Japan’s Occupation-era pacifist constitution and the post-War Article 9, which prohibits Tokyo’s defense overtures by not allowing it to maintain “land, sea and air forces, as well as other war potential”. The timing of reserving first-strike capability was deliberate, meant as a move of imprinting his defense legacy by allowing Japan the ability to launch an attack on rival bases before being fired upon first as opposed to the present dynamics of Japan’s ability to stop an attack only after it is fired.

This swing highlights a huge and fundamental shift in Japan’s military outlook wherein amidst rising threats in the neighborhood—especially from China and Beijing’s lone alliance partner, North Korea—Tokyo is ready to ‘step up its military posture’.

Suga’s new Defense Minister Nobou Kishi (also the younger brother of Abe) has for long vouched for and defended the idea of Japan attaining the capability to defend itself without relying solely on a third party such as the U.S. Nonetheless, views among South Asian scholars within Japan and policymakers from strategic circles are not monolithic. Some have urged the narrative that Suga should move away from a defense posture that includes first-strike capability or support creating an ‘Asian NATO’ via the Quad 2.0, showing the ever-present divide within Japan between traditionalists and liberals when it comes to policymaking.

Not to forget, the canceled order of Aegis Ashore left a vaccum in Japan’s air defense capability. The military intent was to overcome this deficiency and the decision to order the Aegis-equipped warships was aimed at filling the gap on megafloats and MSDF destroyers. Earlier, there had even been thought of introducing a prospective Terminal High Altitude Area Defense (THAAD) mobile ground-based missile defense system.

The deteriorating neighboring security environment with the ever-increasing threat of a nuclear North Korea and an increasingly aggressive China, especially in the East China Sea over the contested Senkaku Islands (called Diaoyu by China), has made the need for Japan’s military modernization, expansion and ownership only stronger.

The U.S.-Japan alliance is predominant and the most influential of international security collaborations for Japan. The decision to move away from Aegis Ashore was an indication by Tokyo that it is now increasingly unwilling to put Japan’s national interests at stake by allowing for Donald Trump’s ‘America First’ strategy.

Furthermore, with deepening ties emerging between Japan and India as well as Australia, the trilateral framework seems to be emerging as a crucial platform wherein in the post-COVID period, “like-minded” countries can move towards stronger defense cooperation.

Furthermore, with a change in leadership in Japan—and the likelihood of a Joe Biden presidency in the United States, at the time of writing—the decision by Japan to focus on self-attained first-strike capabilities for its defense rather than being dependent on the U.S. seems not only wise but also a strategic necessity.

Needless to say, Suga’s decisions surrounding Japan’s defense amidst a changing international order are likely to have long-term consequences beyond the 2021 general elections. It is significant for Tokyo, therefore, that a continued focus on strengthening strategic bilateral dialogue with partner nations like India, Australia and the U.S. is maintained.

Abe’s personal ties with leaders were a vital foreign policy tool in this regard. Suga must work toward similar trust with his international counterparts in an attempt to strengthen defense technology collaboration, economic ties and people-to-people exchange in a much-less porous world post the pandemic.

Dr. Jagannath Panda is a Research Fellow and Centre Coordinator for East Asia at the Institute for Defence Studies and Analyses, New Delhi. He is the Series Editor for “Routledge Studies on Think Asia”. The opinions expressed herein are those of the author and do not necessarily reflect the views of any organization with which he is affiliated. Find him on Twitter @jppjagannath1