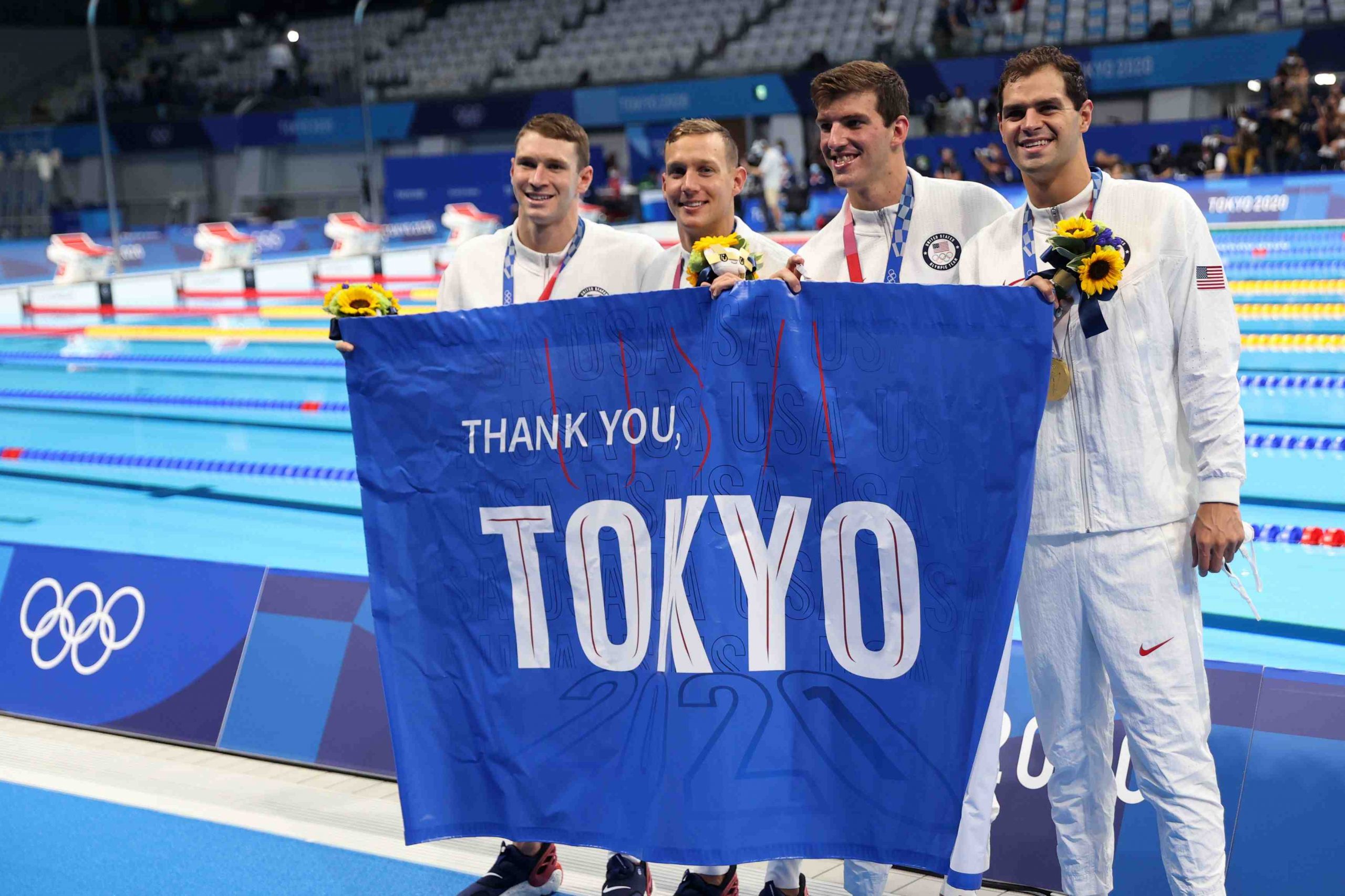 The Tokyo 2020 Olympic Games, which took place in the midst of the global COVID-19 pandemic, came to a close on the evening of August 8.

There was anxiety as to whether the event should go ahead, but the athletes who took part left with messages of gratitude and praise, recognizing Japan’s competence in hosting a major tournament in such challenging times.

Foreign athletes have shown their gratitude to Tokyo in various ways.

On July 30, the German canoe-slalom team posted a photograph on Twitter of bronze medalist Hannes Aigner moments after he had given his bouquet to a Japanese volunteer as a sign of gratitude.

At the Tokyo Aquatics Center, the U.S. men’s medley-relay team held up a flag saying, “THANK YOU, TOKYO” after winning the gold.

At a news conference held on August 6, International Olympic Committee President Thomas Bach revealed that athletes he had spoken to were very grateful that Tokyo 2020 had taken place.

Berit Kjoll, President of the Norwegian Olympic and Paralympic Committee, released a video in which she thanked the people of Tokyo and Japan for hosting such a wonderful tournament in these difficult times.

Kjoll added that she was touched by the “omotenashi” in Japan, and at the end of the message, she stated: “Nihon wa sugoi desu (Japan is amazing)” in Japanese.

Then, on August 4, the same federation tweeted: “Basuke de Nihon wo genki ni shitekurete arigato (Thank you for cheering up Japan through basketball)” – in reference to the performance of the Japan’s women’s basketball team, and the divided state of the nation over whether the Games should have taken place.

There was also positive feedback from athletes about the quality of the food in the Olympic Village.

Ilona Maher, of the U.S. rugby sevens squad, described the gyoza in the village as the best she’d ever had in her life, adding that “The Best Gyoza in the World is in the Olympic Village.”

Sushi and Japanese-style curry rice in the village were also popular. Erik Shoji, of the U.S. men’s volleyball team, released footage of himself enjoying edamame and fried chicken.

According to the U.S. State Department, U.S. Secretary of State Antony Blinken spoke to Japan’s Foreign Minister Toshimitsu Motegi on August 6, and thanked him for Japan’s efforts in trying to host a safe and stable Olympics and Paralympics.

Mayor of Paris: ‘This Has Given Paris Hope’

On August 6, Mayor of Paris Anne Hidalgo held a news conference in Tokyo’s Koto Ward and referred to the next summer Olympics, which will be held in Paris in 2024.

Hidalgo said that she respects Japan for hosting Tokyo 2020 under these difficult circumstances (COVID-19) and that this has given Paris hope.

Hidalgo added that there was much uncertainty surrounding the hosting of Tokyo 2020, and that the degree of adaptability and flexibility required was greater than usual. She praised Japan for its wonderful adaptability.

Hidalgo also said that Tokyo 2020 had been organized with sincerity and with consideration for people.

Meanwhile Tony Estanguet, President of the Organizing Committee for Paris 2024, who was also at the news conference, said he wanted to give Japan a gold medal for organizing Tokyo 2020 despite COVID-19 and the summer heat.