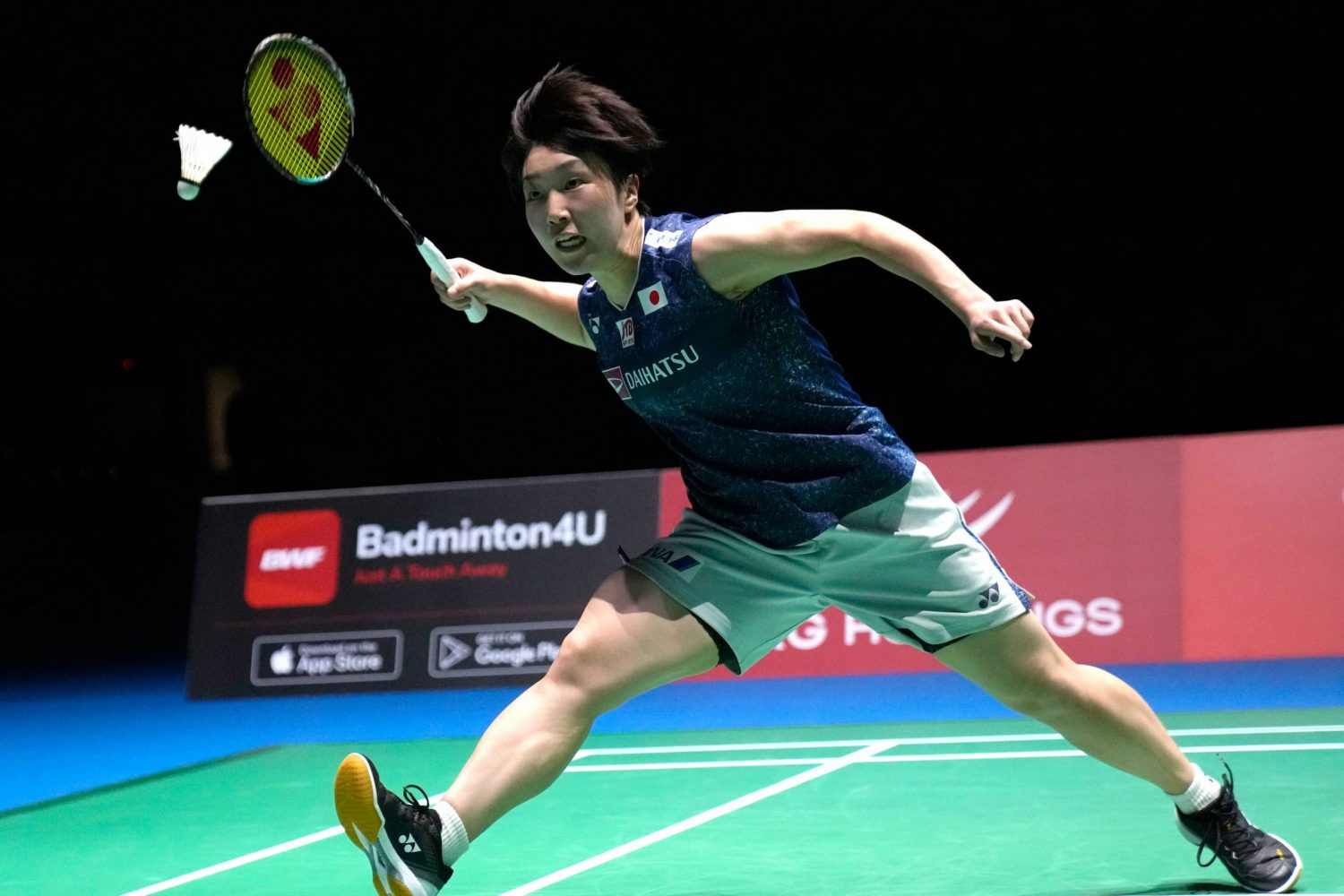 Akane Yamaguchi competes against Se Young An in a women's singles semifinal match at the Badminton World Championships in Tokyo on August 27. (Shuji Kajiyama/AP)

After a fairly even first set, top-seeded Yamaguchi raced out to a 14-4 lead in the second set during which she won eight consecutive points before completing the win at Tokyo Metropolitan Gymnasium in 43 minutes.


Also on Saturday, Japan’s Yuta Watanabe and Arisa Higashino advanced to the final of the mixed doubles event with a 21-8, 21-6 win over Germany’s Mark Lamsfuss and Isabel Lohau.

The Japanese third seeds, who won the bronze medal at the Tokyo Olympics, needed just 28 minutes to book a place in their second straight world championship final. The duo were runners-up at last December’s worlds in Huelva, Spain.

‘I didn’t feel like I played my best game but I got a lot of support from Yuta and that led to our success today,” Higashino said.

The Japanese pair of Wakana Nagahara and Mayu Matsumoto will not be able to defend their title in women’s doubles after suffering a 21-13, 21-14 semifinal loss to China’s world No. 1 pair of Qingchen Chen and Yifan Jia.

Nagahara and Matsumoto, who won the world title in 2018 and 2019, settled for the bronze medal and reached the podium for the fourth straight world championships.

“The Chinese pair really had no holes in their game,” Nagahara told Kyodo News. “They were solid attacking and receiving.”


Momota Ousted in Second Round

On Wednesday, August 24, Japan’s world No. 2 Kento Momota suffered an upset when he lost to India’s HS Prannoy in the men's singles second round.

It was the first time in nine career matches that Momota had lost to Prannoy.

Momota has not advanced past the second round since his back-to-back world championships in 2018 and 2019.

“I got nervous and played cautiously,” the 27-year-old Momota said, according to Kyodo News. “I shriveled up at the thought of making mistakes and was unable to do the things that got me here.”

Once badminton’s undisputed king, Momota has struggled to regain the form that allowed him to win a record 11 titles in 2019.