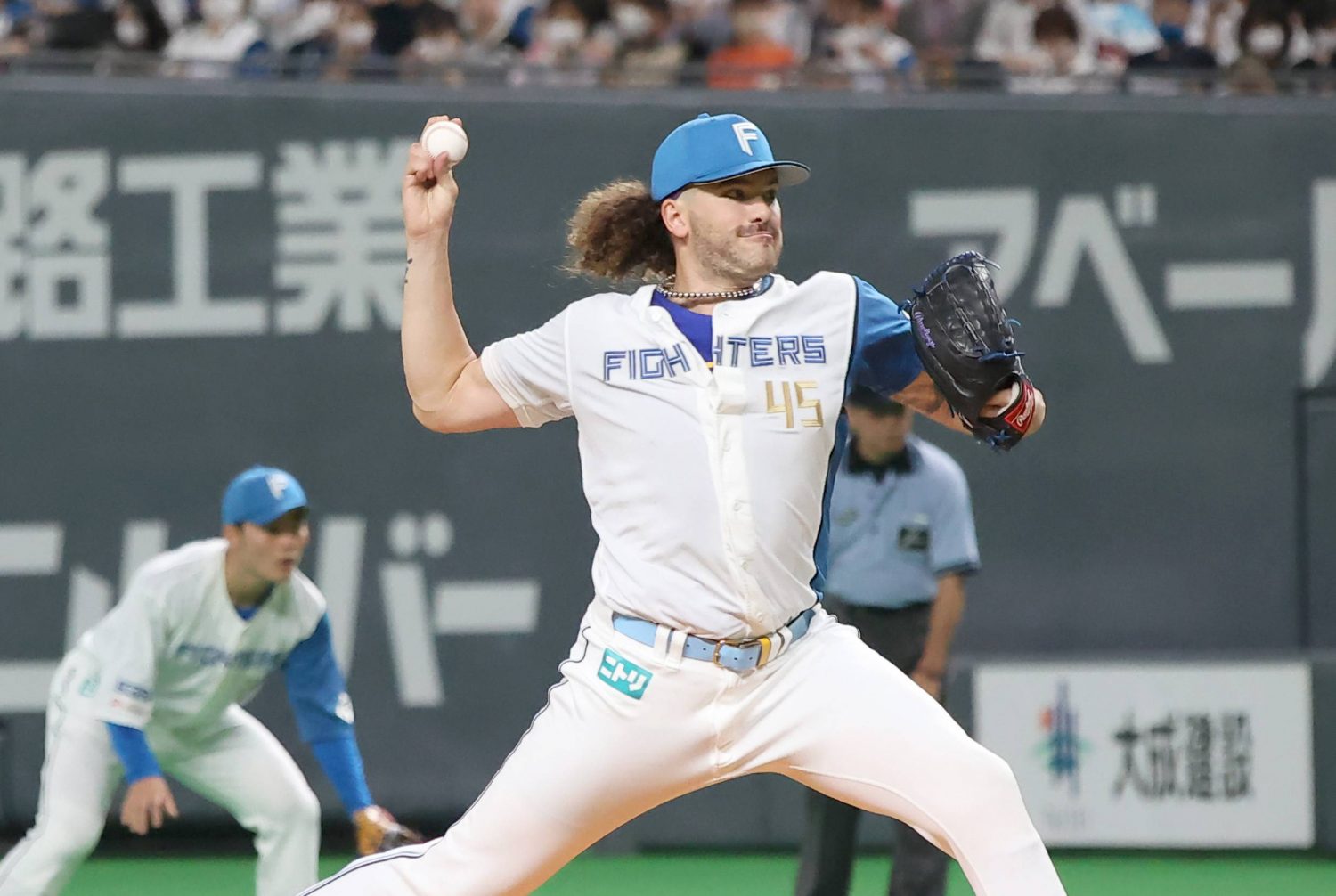 Ponce threw a no-hitter against the Fukuoka SoftBank Hawks.

In the Fighters’ 2-0 win, the 28-year-old tossed the franchise’s first no-no in more than a quarter century, underscoring the usual rarity of its occurrence.

But this has been dubbed NPB’s Year of the Pitcher, and Ponce, a second-round draft pick of the Milwaukee Brewers in 2015, only allowed two base runners (a hit batsman in the first and one walk, a free pass to Freddy Galvis to begin the ninth) and struck out six to complete Japanese pro baseball’s fifth no-no of the year. He threw 113 pitches.

In April, Roki Sasaki of the Chiba Lotte Mariners tossed a 19-strikeout perfect game against the Orix Buffaloes.

In May, Hawks starter Nao Higashihama tossed a no-no against the Seibu Lions.

In June, Orix Buffaloes ace Yoshinobu Yamamoto pitched a no-hitter against the Lions, and Yokohama DeNA BayStars lefty Shota Imanaga did the same thing against the Fighters.

A quick history reference: In Japanese pro baseball, 1940 was the last year that five no-hitters were thrown in the same season in the precursor to NPB, which was established in 1950.

Before Saturday, Yukihiro Nishizaki in 1995 was the last Fighters pitcher to throw a no-hitter. Before Ponce, the last foreigner hurler in NPB to do so was Tokyo Yakult Swallows' Rick Guttormson against the Tohoku Rakuten Golden Eagles in 2006 at Jingu Stadium.

Pitching the best game of his pro career, Ponce glanced at the scoreboard nearing its midway point.

He admitted as much in the euphoric afterglow of the afternoon contest.

"When don't you start thinking about the no-hitter?" Ponce was quoted as saying by Kyodo News, responding to a question. "You come out probably about the fourth or fifth inning, when I looked up there and saw there were no hits, I said, 'Well, let's see if we can do this today.' "

He’s now 3-4 this season for the Fighters after making his 11th start on Saturday.

With Ponce stifling Hawks batters, the Fighters gave him all the run support he would need in the first inning. Fumikazu Kimura stroked a run-scoring single to left with one out to make it 1-0.

Teammate Chusei Mannami added a solo home run, his 13th of the year, off Hawks starter Shota Takeda (2-1) in the second.

Fighters shortstop Takuya Nakashima played a pivotal part in helping Ponce hold the Hawks to no hits. Perfectly timing his leap, he snatched Isami Nomura’s line drive in the first inning for out No. 2.

In the eighth inning, Nakashima displayed his impressive fielding range, sprinting to his left to catch Daiju Nomura’s batted ball behind second and completing the groundout with a throw to first for the first out.

That play was a godsend, Ponce declared.

"It was definitely an amazing play and I owe him some dinners," Ponce said, according to Kyodo News.

A double play ended the Hawks’ afternoon in the ninth, completing Ponce’s no-hitter.


The Fighters began the day 23 games below .500 with the worst record (45-68-3) among NPB’s 12 teams, so pennant fever is the furthest thing from the minds of the team's supporters. Nevertheless, the excitement of watching a no-hitter at the ballpark or on TV is one of baseball’s biggest treats.