BADMINTON | World No. 1 Kento Momota Grateful for Opportunity to Vie for Olympic Glory 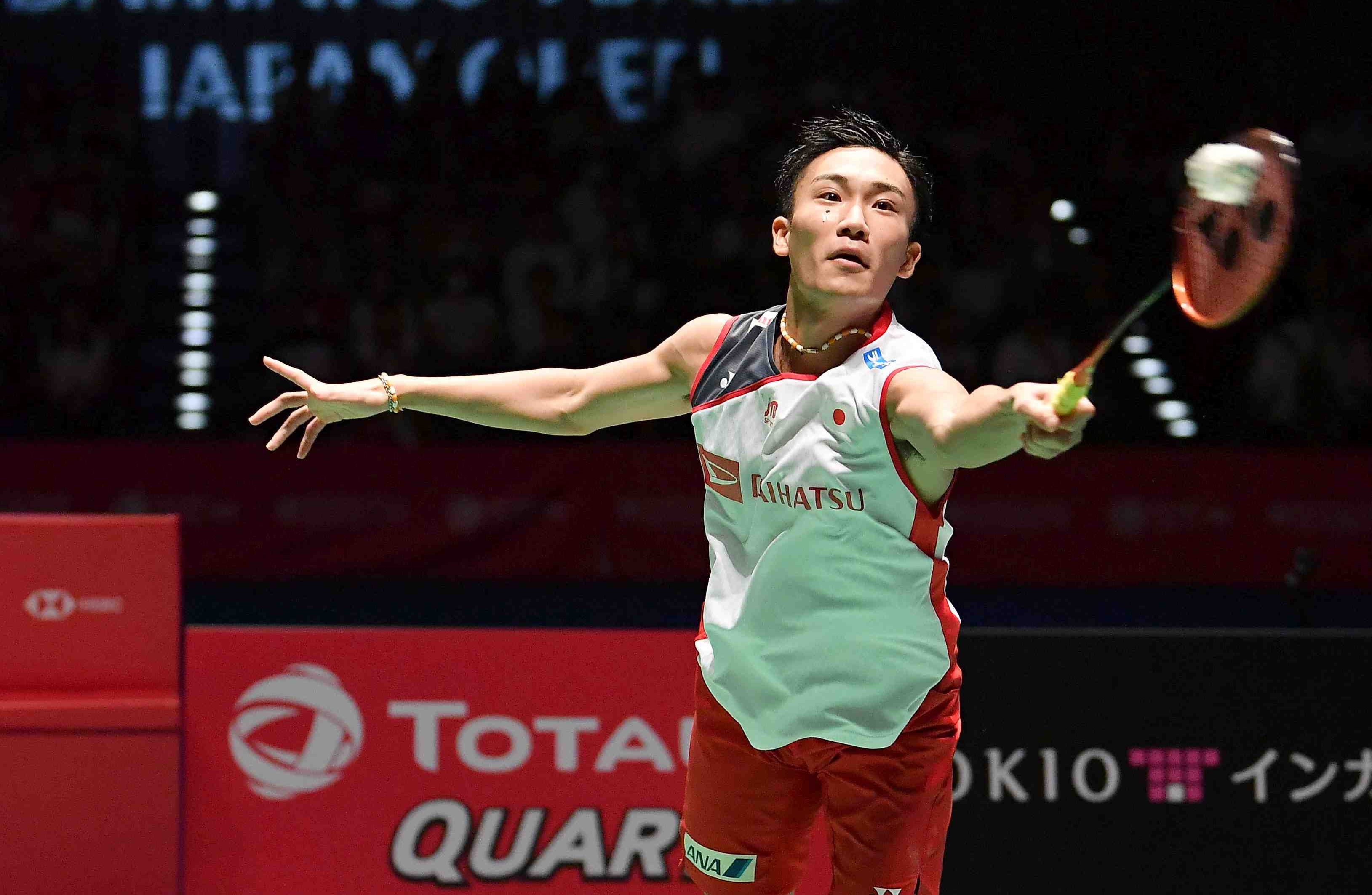 For many athletes aiming for a medal at the postponed Tokyo Olympics, the road to the Games has been a tough one. Some have overcome disruptions to training schedules while others have had to give up on their dreams altogether.

But few have encountered the type of obstacles faced by Japanese badminton standout Kento Momota.

In a sport traditionally dominated by China, Momota gradually rose up to No. 1 in the world rankings as his goal of winning a gold medal on home soil began to take shape.

The two-time reigning world champion was in the midst of those preparations last year when he traveled to Malaysia for a major tournament.

But just hours after winning the Malaysia Masters in January 2020, Momota was involved in a serious car crash on his way to the airport. The driver of the van was killed while Momota suffered lacerations to his face, bruises to his entire body and was later diagnosed with a broken right eye socket.

The 26-year-old Momota resumed practicing just one month after the crash after undergoing facial surgery. Just as he was getting back into the swing of things, the sports world ground to a halt amid the global COVID-19 outbreak.

After the accident in Malaysia, Momota did not return to competition until Japan’s national championships in December, where he won his third straight men’s singles title. After his return in December, Momota said he was grateful for all the support.

“I was able to return thanks to so many people,” Momota told reporters. “I hope to play with confidence and show my gratitude for the support through my performance on the court.”

Then in January of this year, Momota was about to board a plane for a tournament in Thailand when he tested positive for coronavirus. He was asymptomatic but was forced to step away from the sport yet again.

Momota is no stranger to adversity. After finishing elementary school in Kagawa, he enrolled in junior high school in Fukushima. In 2011, during his second year at Tomioka High School, the Great East Japan Earthquake occurred, causing extensive damage to the area.

In 2016, just four months before the Rio Olympics, he was banned from competing in the Games after he admitted to visiting an illegal casino. He was removed from the world rankings and didn’t return to the sport until 2017.

Momota said he’s been humbled by the series of setbacks.

“I’ve created problems and some just happen,” Momota told the official Tokyo 2020 website. “I’ve caused concern to the people around me and every time they’ve come to support me.”

He attributes his ability to stay positive to his many supporters and says the year-long postponement of the Tokyo Games has given him time to reflect.

“So much has happened,” Momota said. “I started to see the significance of the Olympics. I tried to focus not on the individual tournaments but whether I had reached my overall goals.”

Momota is also a two-time Asian champion and in 2019 became the first Japanese man to win the prestigious All England Open.

China has enjoyed great success over the years in Olympic badminton competitions, so a win by Momota in Tokyo would be something of a breakthrough and, perhaps, a signature moment of the Games.

The sport had its debut as an official event at the 1992 Barcelona Games. Since that time, China has won 18 gold medals across five events. The next closest in terms of golds is Indonesia with seven.

Japan’s only Olympic gold medal in badminton came in 2016 at Rio when Ayaka Takahashi and Misaki Matsumoto won the gold in women’s doubles.

At this summer’s Tokyo Games, Momota will be up against reigning Olympic champion Chen Long of China who will be attempting to emulate Lin Dan’s back-to-back Olympic titles.

“Winning a gold medal would be a way to energize the badminton world,” Momota said. “It’s not only for myself but for the sport. I feel pressure to meet expectations but that’s something you feel when there are high expectations. I try to think of it in a positive way.”