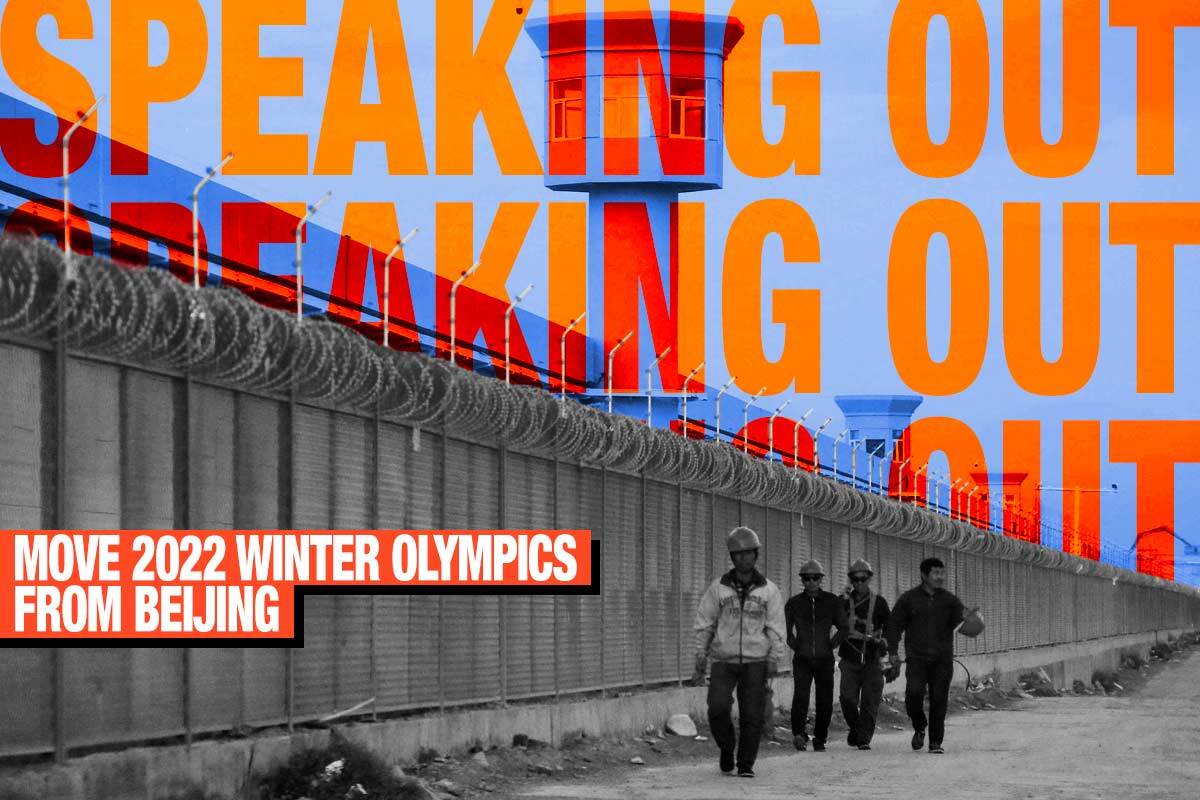 The Olympic Games have always been highly politicized, while being touted as a symbol of international peace and friendship or a sports festival. We now must pay attention to the Chinese Communist Party’s attempt to expand its power in the world through the success of the Beijing Winter Olympics coming in about one year.

A sexist remark by Yoshiro Mori, former president of the Tokyo Olympics and Paralympics organizing committee, was widely criticized. But we should cast our critical eyes also on the Beijing Winter Olympics. After Mori’s remark that meetings with a lot of women consume so much time was regarded as misogynistic, thus against the spirit of the Olympic Charter, Mori apologized and resigned from the organizing committee presidency. His remark was undoubtedly inappropriate. But the conduct of the Chinese government preparing for the Beijing Winter Olympics is far more serious.

Do Not Tolerate Beijing’s Attempt to Eliminate Uighurs

Beijing has put a million Uighurs under its strict surveillance and is depriving them of freedom of religion, thought, language, and culture, as well as their racial characteristics. Uighur women have been taken out almost every night for mass rape by soldiers. A large number of Uighur men and women are forced to undergo surgical sterilization under the Chinese Communist Party’s ethnic  cleansing operation.

In the United States, both Republicans and Democrats have designated such Chinese conduct as genocide and a crime against humanity. On February 16, former U.S. Secretary of State Mike Pompeo blamed the conduct as running counter to the Olympic spirit and called for urging the International Olympic Committee to move the 2022 Winter Olympics from Beijing to another location. On January 22, seven Republican Senators submitted a resolution to this effect.

Japan and the international community should not repeat past mistakes. Towards the 2008 Beijing Olympics, the world effectively tolerated the Chinese Communist Party’s crackdown on Tibetans. Earlier, Japan was the most reluctant about sanctions on Beijing’s massacre of students and other citizens in Tiananmen Square in 1989. Any tolerant attitude towards China encouraged Beijing to enhance crackdowns, instead of leading Beijing to improve its conduct.

The Chinese communist regime has forged ahead with bloody crackdowns on its people, including Han Chinese as well as other ethnic groups, to protect its single-party dictatorship, as seen in Tibet, Xinjiang Uighur, Mongolia, and Hong Kong. There have been many such examples. Japan and the world have been bedazzled by China’s vast market or attracted by its deep history and civilization, and have refrained from criticizing the communist regime’s dictatorial, undemocratic, and brutal nature, as well as its international law violations, leading to the current situation. We are half responsible  for it.

Battle between Sinocentrism and Democracy

We now must ask the following question: Do we want a world covered with Sinocentrism? Do we want China to continue its human rights crackdown and kill democracy? Do we want to have international law replaced by Chinese law? Do we want the world order to be completely transformed?

The answer is no. We want to protect democracy even if it is imperfect. We want to comply with international law, respect human rights, and protect freedom and dignity of all ethnic groups and all people, irrespective of race, ethnicity or religion.

U.S. President Joe Biden has pledged to convene a global democracy summit this year. The battle between values is raging.

Japan should cooperate with the United States that pursues the path opposite to China’s single-party dictatorship. In the first step, Japan should call on the world to move the 2022 Winter Olympics  from Beijing. Making concessions in the fierce ideological battle with China amounts  to losing democracy.

(A version of this article was first published by the Japan Institute for National Fundamentals, Speaking Out #763, on February 24, 2021.)

Yoshiko Sakurai is President of the Japan Institute for National Fundamentals.