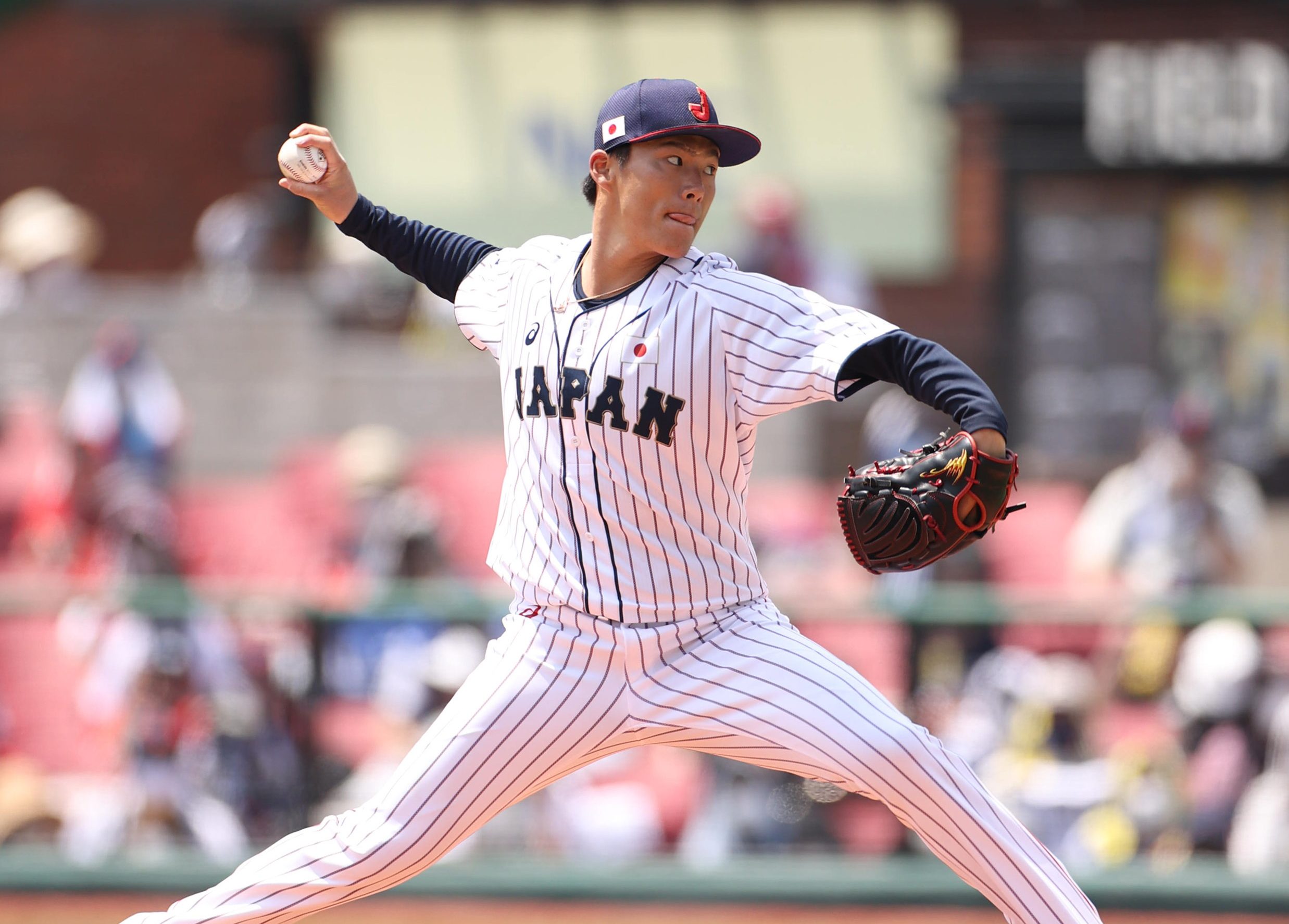 Japan manager Atsunori Inaba so far is playing it close to the vest in terms of announcing his starting lineup for his team’s opening game of the baseball tournament at the Tokyo Olympics.

Samurai Japan will take on the Dominican Republic on Wednesday, July 28 at Fukushima Azuma Baseball Stadium. The game is scheduled to start at noon.

The team has been holding a mini-camp all this week at the home of the Tohoku Rakuten Golden Eagles in Sendai, north of Fukushima.

Yoshinobu Yamamoto of the Orix Buffaloes is a leading candidate to get the ball for Japan’s opening game against the Dominican Republic.

Yamamoto pitched in a tuneup game on July 24 against the Eagles.

He started the game and struck out two of the six batters he faced over two scoreless innings. He gave up one hit and walked none.

That Yamamoto started the first of two tuneup games is a fairly strong indication that Inaba plans to have him start the opening game on Wednesday.

“I got a lot of advice from players who have a wealth of international experience,” Yamamoto said. “My plan is to just pitch as usual. I’m sure it will be hot but that’s just one thing to deal with.”

The hard-throwing 22-year-old right-hander notched his NPB-leading ninth win (he’s tied with Buffaloes teammate Hiroya Miyagi and Yomiuri Giants hurler Yuki Takahashi) on Friday, July 9, and has arguably been the best pitcher this season in all of Japanese baseball.

Yamamoto also has a Pacific League-leading ERA of 1.82 along with 121 strikeouts in 16 games for the Buffaloes, so it would make perfect sense to see him start.

The veteran right-hander gave up no runs and just one hit while striking out two batters in 2⅔ innings.

Japan’s second game of the Olympic baseball tournament is against Mexico on Saturday, July 31 at Yokohama Stadium. Tanaka could start that game if the two tuneup games are any indication of Inaba’s thinking in terms of his starting pitchers.