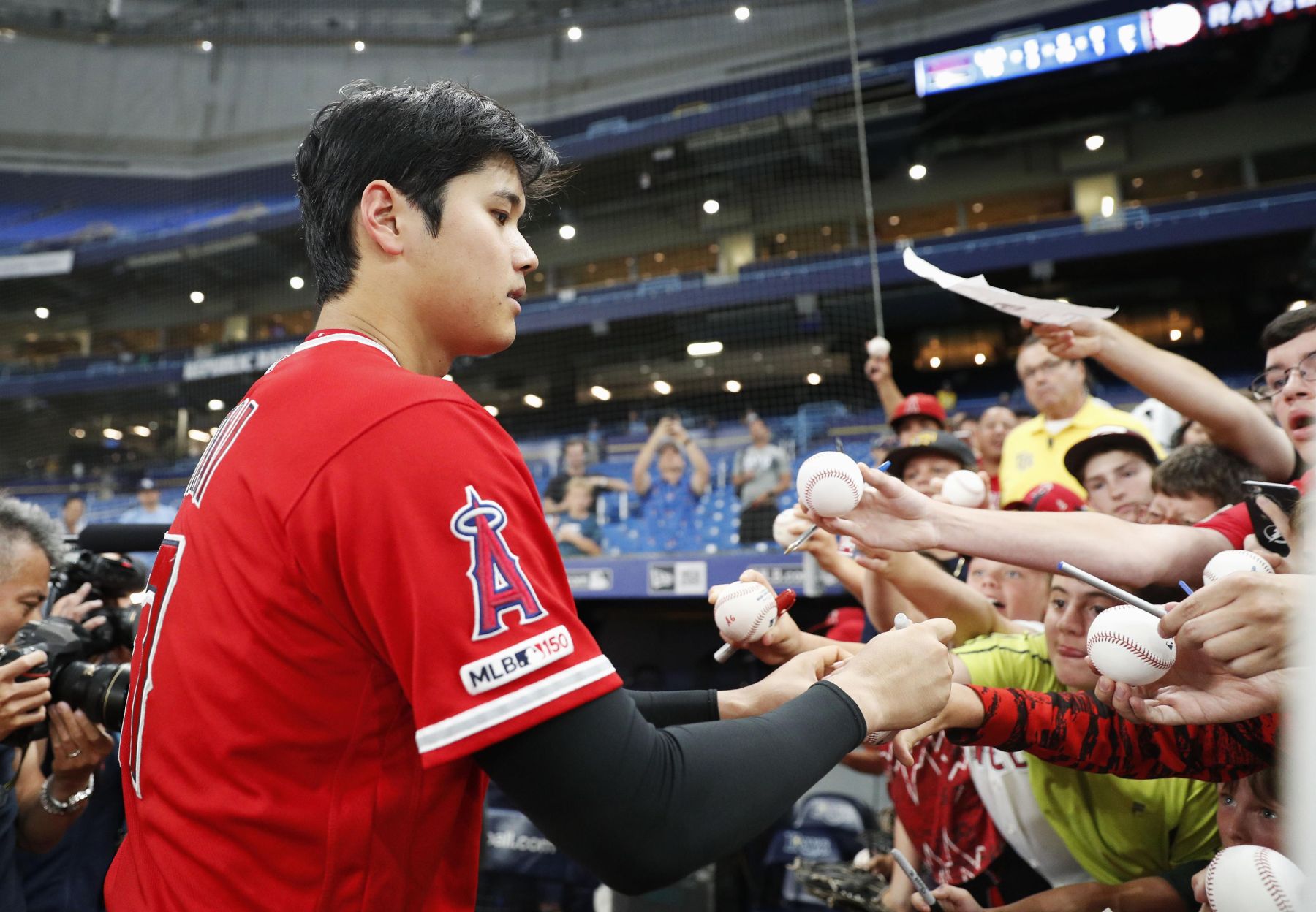 The 26-year-old pitcher/designated hitter is entering his fourth season with the Angels. He was the 2018 American League Rookie of the Year.

Ohtani, who will be arbitration-eligible again in 2023, requested a $3.3 million deal for this season, while the Angels countered with a $2.5 million proposal.

With spring training approaching, Perry Minasian, the Angels' new general manager, is pleased the team worked out a deal with Ohtani.

“I think with the one-year deal we just ran out of time because it was a unique case,” Minasian said. “There’s not a lot of examples of players like him. But we further discussed it and talked about a multi-year deal, and we felt like this number lined up over a two-year deal. There's risk and reward to both sides and it made sense for us, obviously, and made sense for them. I'm ecstatic we were able to get a deal done."

Plagued by arm and elbow problems, Ohtani has been limited to 12 games as a pitcher in the major leagues, including two games in the pandemic-shortened 2020 campaign. He didn’t pitch in 2019 after undergoing Tommy John surgery following his first season with the Angels.

On offense, the former Hokkaido Nippon Ham Fighters star struggled for large stretches of the 2020 season. Ohtani finished with a .190 batting average with seven home runs and 24 RBIs in 44 games.

“He definitely put in the work and that’s what’s pretty impressive, is just the amount of time and energy this guy puts into his craft,” Minasian said. “When you combine that with the talents, I think we feel like he’s going to be a huge part of this club and help us win games in multiple ways. We believe he’s a difference-maker type player.”

It remains to be seen how the Angels plan to use Ohtani in 2021.

Commenting on the issue, Minasian said, “We feel like he can help the team in both categories ー on the mound and in the batter’s box. He's going to have every opportunity to do that. And he's excited for the opportunity."