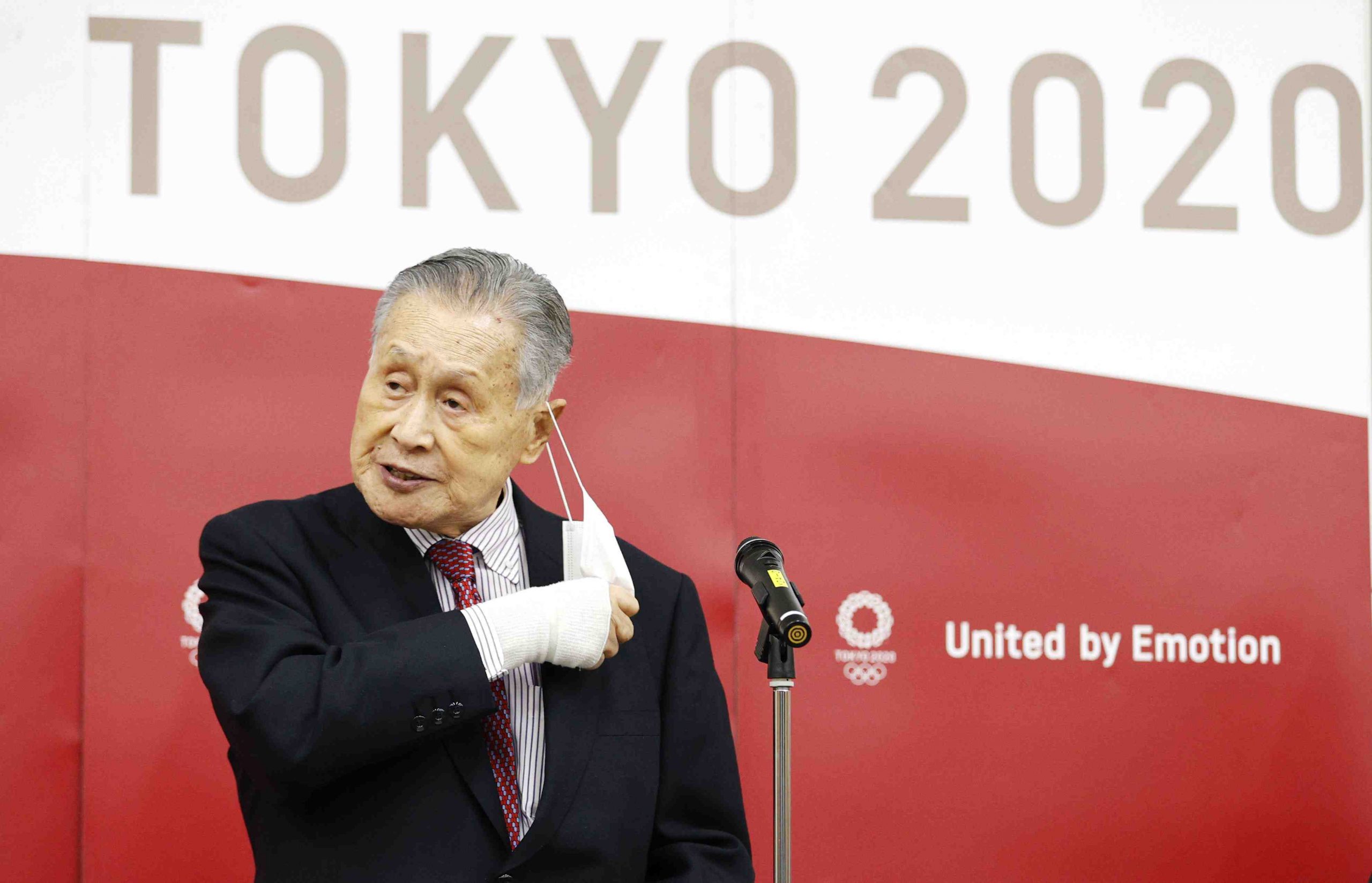 Public pressure is mounting in Japan for Tokyo 2020 Olympic Committee head to resign, as hundreds of event volunteers quit and thousands phoned the host city government to express their condemnation of Yoshiro Mori’s sexist remark early this month.

The Tokyo 2020 Organizing Committee has set a meeting for Friday, February 12, in response to the uproar, but media reports indicate that replacing Mori might be out of the question.

The developments came after Prime Minister Yoshihide Suga in a plenary session of the National Diet on Monday, February 8, said Mori’s words were not “desirable for the national interest,” while his party mate at the Liberal Democratic Party, Toshiro Nikai, got the flak for dismissing the resignation of volunteers as a passing issue.

What Started the Protests

The unrest was prompted by Mr. Mori’s remark on February 3 that “meetings with women take more time” and thereby needed to be somewhat regulated, or else they would never end.

The comment instantly sent shockwaves across Japan and the world.

The following day, the domestic uproar was such that he was forced to call a press conference to publicly apologize and retract his statement. However, despite the media steamrolling, Mori had fallen short of resigning.

The lack of movement hasn’t passed unnoticed in the domestic community, and slowly but surely people in Japan have started voicing their discontent that the 83-year-old, who for a brief stint was prime minister of Japan, should be allowed to speak about women that way without repercussions.

In order to show awareness of the current developing situation, the Tokyo 2020 organizing committee is set to hold a joint meeting with the board directors, who have the power to select the chairman.

The meeting, scheduled to take place on February 12, is said to be for the purpose of airing opinions on the best way forward. Aside from Mori, others set to attend include several experts from the fields of sport, business, and politics.

A report by the Mainichi Shimbun, however, suggested that higher echelons in the organizing committee had in fact asked Mori not to quit, alluding that there was more at play on a logistical level.

Prime Minister Suga, while airing his displeasure with Mori’s statement, acknowledged that it was a matter for “the Tokyo Organizing Committee of the Olympic and Paralympics Games, an independent organization, to decide.”

Thus far, other ministers in the Japanese government have echoed the Prime Minister’s stance.

Outside of the committee, however, pressure is mounting.

On February 9, the Tokyo 2020 Organizing Committee told the media that, as of the morning of February 8, over 390 volunteers scheduled to help in the Tokyo 2020 Olympics and Paralympics had communicated their intention to resign.

The organizing committee hires more than 80,000 volunteers, known as Field Cast Volunteers, which support operations on the ground, including service to spectators, the media, and so on.

Local governments near the capital, which also hire volunteers as city guides to help show visitors around, reported that, as of February 8, more than 60 of their volunteers had also resigned in protest.

The organizing committee released a statement to NHK national broadcasting network, saying that “this episode was not impeding the organization of the games.”

However, the organizing committee gave a statement to NHK on February 9 saying that they wanted to “express our deepest apologies to those who have felt distressed by the situation.”

On the website, in a text published on February 7, the organizing committee again quoted their commitment to Olympic values, as follows:

Tokyo 2020 reaffirms our visions, and will continue the Games operations with the aim of improving society, respecting, celebrating and embracing the variety of individuals and diversity: dimension of diversity includes race, ethnicity, gender, sexual orientation, languages, religious or political beliefs or impairments.

As things stand, volunteers are set to receive role-specific and leadership training in April, and have the uniforms handed to them in May 2021.

Previously, following Mori’s comments on February 3, famous comedian Atsushi Tamura, part of the duo London Boots Ichi-go Ni-go, expressed the wish to not participate in the Olympic Torch Relay. The race symbolically starts the path to the Olympic games and is scheduled for the end of March.

In addition, the Tokyo Metropolitan Government has reported that, since the Mori flap, over 4,000 people had called the local government, and 90% of the calls were to voice comments on Mori’s statement.

The already heated debate gained more momentum when on February 8 a major faction leader of the leading party the Liberal Democratic Party, Mr. Toshiro Nikai, was quoted seemingly brushing off the resignation of volunteers as a “temporary” mood which would “pass once things calm down.”

He continued that, if the problem worsened, they could just “recruit more volunteers.”

The exchange gained traction on SNS as people in Japan expressed their surprise at the claims of Mr. Nikai.

On February 9 in the plenary session of the National Diet, Minister for the Olympics Seiko Hashimoto responded to a question about her reaction to Mr. Nikai’s comment, saying that she was “unaware of the full statement”, but that it was “an inappropriate comment.”

She added that the stance of the government was to monitor the situation carefully, and she underlined that it was necessary to “take seriously the claims of the volunteers.”


Mori Says He Was Asked Not to Quit

On February 6, the Mainichi Shimbun published a report quoting Mori, saying he initially decided to quit, but members of the organizing committee talked him out of it.

The report quoted Mori as saying that Tokyo 2020 CEO Toshihiro Muto was key in asking him to stay: “Everyone persuaded me not to resign. They said if I quit as president now, the International Olympic Committee would get rather worried, and Japan would lose confidence, so please persevere.”

Mori was also quoted as saying that he had considered former Prime Minister Shinzo Abe as a possible successor, but chose not to burden him, given that there were less than 164 days left until the games.

While logistically organizers might think that leadership change is not advisable, a large portion of the Japanese population is showing their discontent with the status quo.

Make sure to check back this story as the situation develops.

The Tokyo 2020 Games were scheduled to start in July 2020, but due to the onset of COVID-19 were postponed to July 2021, less than six months away as of writing.