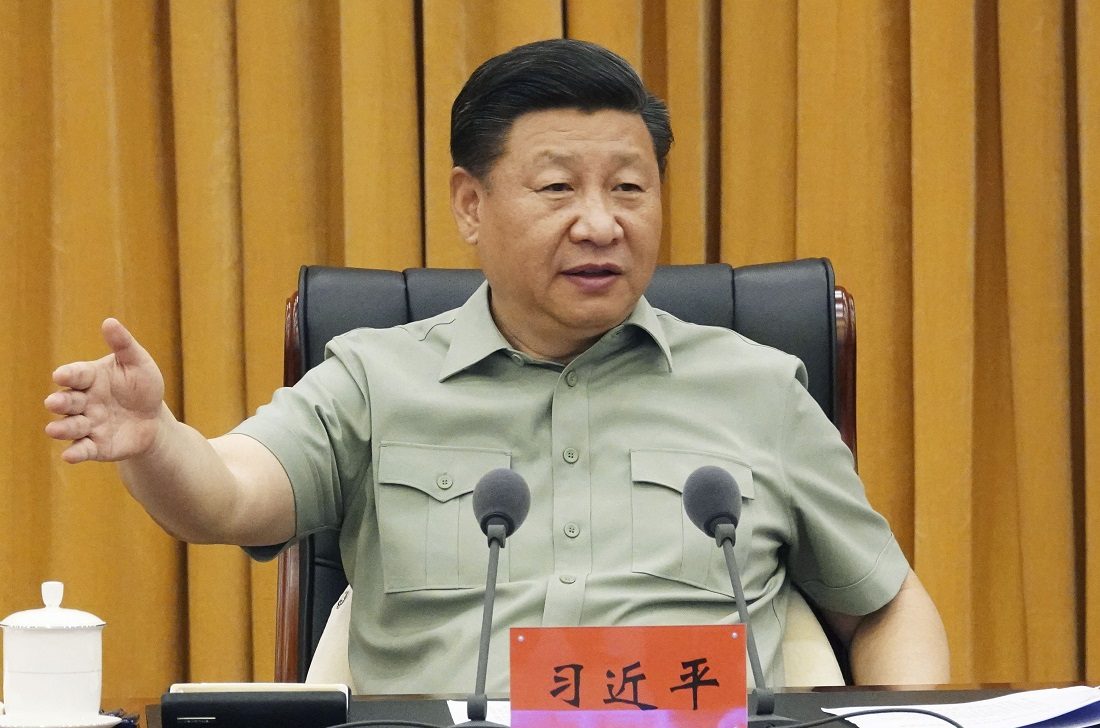 Xi Jinping has entered the centennial year of the Communist Party of China (1921-2021) on an expected foundation of demonstrating greater military stealth and technological prowess.

Beijing has come a long way since 2016, when the Central Military Commission (CMC) established the Science and Technology Commission – a high-level defense research body subordinated to the CMC. The S&T Commission is tasked with guiding cutting-edge technological innovation in military technology in order to further the PLA’s military modernization initiatives. It seeks to increase the pace of military technology development to modernize the PLA using both civilian and military S&T resources.

Indeed, China’s PLA in the past decade has laid out a highly ambitious and cutting-edge defense technology agenda including space, ground, and sea-based surveillance and early-warning systems, UAVs, hypersonic missiles, etc.

It has most recently displayed its mastery of anti-missile interception-related technology by successfully conducting a land-based mid-course interception test with a higher degree of accuracy on counts of interception success rate and reliability.

Anti-missile interception technology is based on land, at sea, and in space, according to the place of launch of the anti-missile systems. Mid-course interception is considered a very critical missile-related technology, given that it is put in motion right at the middle stage of the ballistic missile’s flight trajectory. This is the second stage before the missile re-enters the atmosphere. Mid-course anti-ballistic missile testing usually caters to medium, long-range, and intercontinental ballistic missiles (ICBMs).

Wang Yanan of Beijing’s Aerospace Knowledge magazine highlighted the cutting-edge technology involved in a midcourse interception operation. Tasked with shooting down medium, intermediate-range, and ICBMs, a land-based, midcourse interception test typically involves several steps, including the launch of a target ballistic missile. This is followed by the missile surveillance satellites’ detecting the launch and immediately alerting ground-based early-warning systems to track the target and guide the interceptor toward it.

Finally, the interceptor is fired and locked on to the incoming missile, before exploding near the target or directly hitting the target. Besides, researchers at China’s People’s Liberation Army National Defense University have said Beijing uses a kinetic kill vehicle to directly shoot down ballistic missiles – a technology known to be possessed only by the U.S.

Behind the Immediate Military Advances

It is the beginning of his kick-off for the Fall 2022 campaign which will see him going in for an unprecedented third term as General Secretary of the CCP and Chairman of China’s CMC.

Since 1953, China’s Five-Year-Plans have been regarded as perhaps the most important guiding document signaling policy direction for China’s future economic development, which in turn bears a vital imprint on Beijing’s overall military and defense posturing, too. The robust military modernization program undertaken by the PLA has become the primary foundation of deterrence to attain China’s foreign-policy objectives.

China’s regional policy and posture in the above backdrop will be guided equally by its economics and military. As Beijing pushes its boundaries, managing growing Chinese power and influence and its strategic posture is critical for the entire Indo-Pacific’s security order.