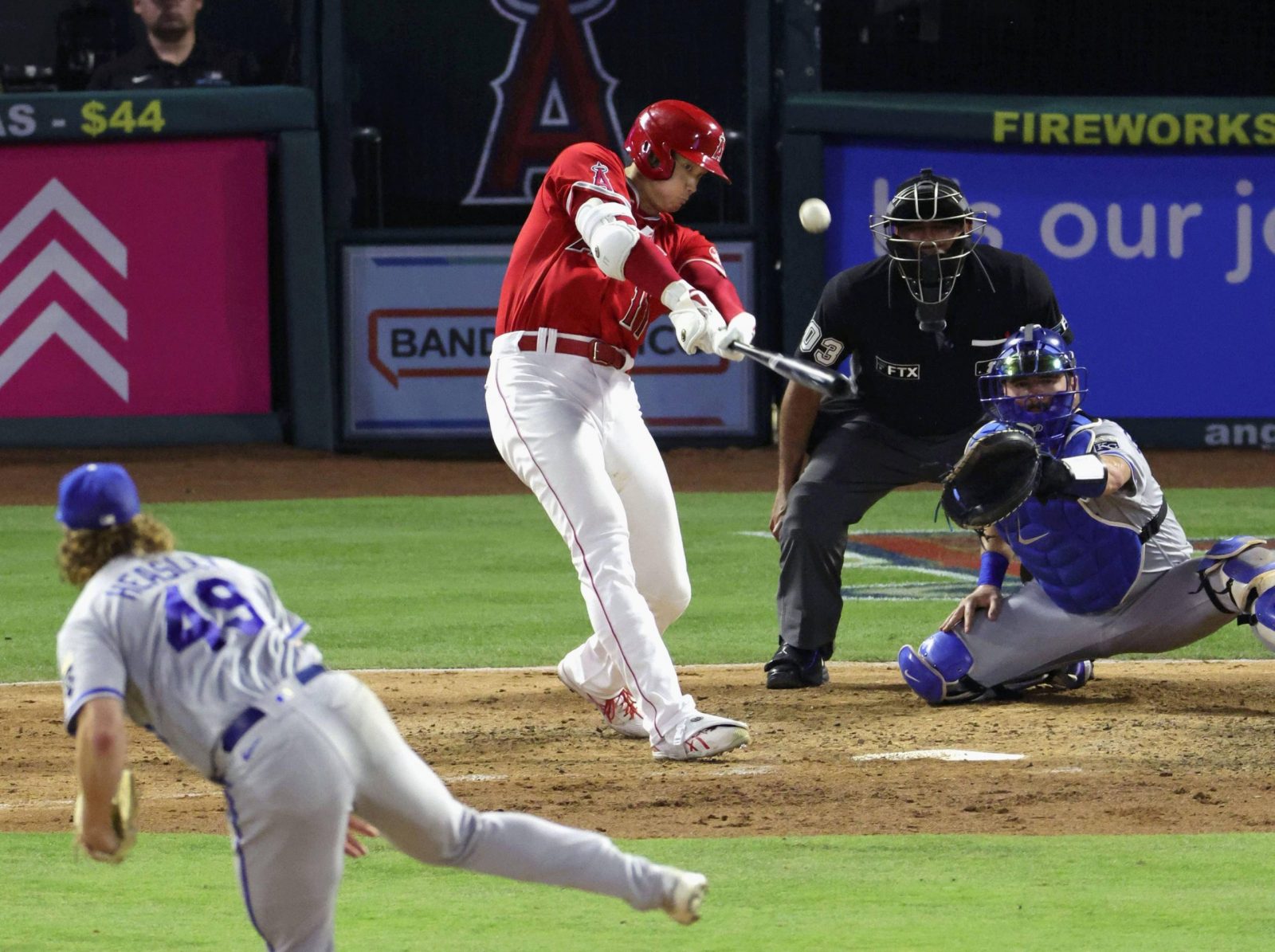 Shohei Ohtani hits a three-run home run in the sixth inning against the Kansas City Royals at Angel Stadium on June 21. (KYODO)

Shohei Ohtani smacked a pair of three-run home runs, including a game-tying shot in the ninth inning, against the Kansas City Royals on Tuesday, June 21.

The Los Angeles Angels slugger finished with eight RBIs, breaking the single-game MLB record for Japanese players in a 12-11 loss in 11 innings at Angel Stadium.

Ohtani, who went 3-for-4 as the No. 3 hitter in the Angels lineup, clubbed his 15th homer of the season off Royals star Jonathan Heasley in the sixth inning. The 423-foot (129-meter) shot to center cut Kansas City’s lead to 6-4.

With one out in the ninth, Ohtani’s 16th round-tripper, which traveled 438 feet (133.5 meters) over the right-field fence, made it 10-10. He pulverized Scott Barlow’s 2-2 curveball to send the game into extra innings.

“Because there were runners on base, I was focused on having solid timing on my swings,” Ohtani was quoted as saying by Kyodo News. “It was a difficult game, but there were many good things to take away from it, so I want to put it behind me and do my best going forward.”

Ohtani had a sacrifice fly in the seventh inning.

Batting for the final time in the 11th, he had another sac fly to account for the game’s final run. The next batter, Jared Walsh, hit a popup to second base for last out.

Angels interim manager Phil Nevin spoke about the team’s collective sense of disappointment after the loss.

“This one stings,” Nevin said, according to The Associated Press. “That room is hurting in there. You feel like it’s in your grasp a couple of times, and you worked hard to get back in it. We just never quite got the lead, but a lot of great performances. We swung the bats great in some tight spots.”

Ohtani (5-4) and the Royals’ Daniel Lynch (3-6) were named starting pitchers for the series finale on Wednesday, June 23.