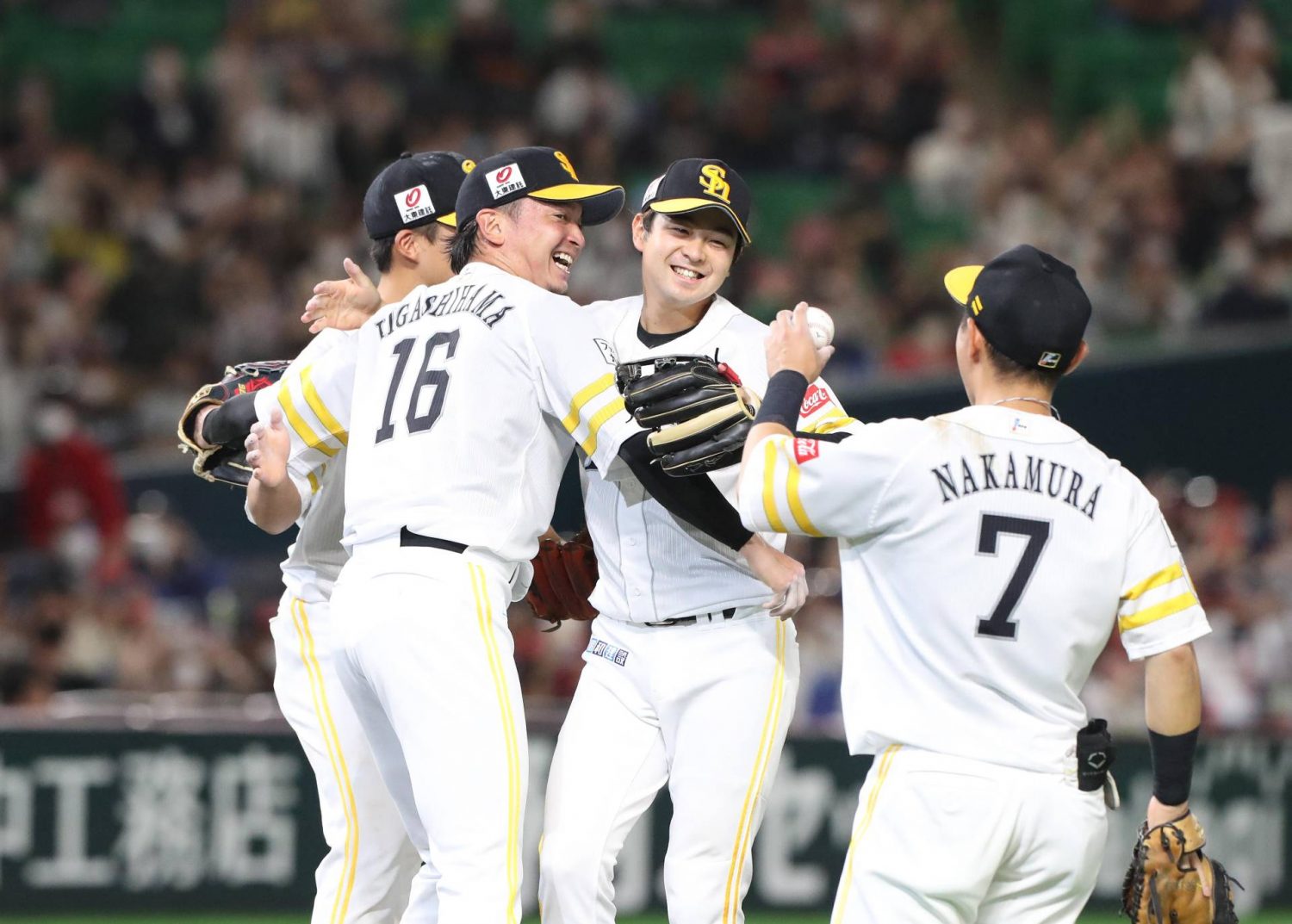 Fukuoka SoftBank Hawks pitcher Nao Nigashihima (second from right) celebrates with teammates after throwing a no-hitter at PayPay Dome on May 11. (ⒸSANKEI)

Fukuoka SoftBank Hawks veteran pitcher Nao Higashihama was as surprised as anyone else after he threw a no-hitter against the Saitama Seibu Lions.

The 31-year-old from Okinawa struck out six and issued only two walks in a complete-game 97-pitch effort that resulted in a 2-0 win over the Lions on Wednesday, May 11 at Fukuoka’s PayPay Dome.

“I didn’t think I could do it,” Higashihama said in the post-game hero interview. “And I still don’t believe it.”

It was the 95th no-hitter in Japanese pro baseball and Higashihama (4-1) became the 84th player to achieve the feat.