BASEBALL | Swallows, Buffaloes Play to a 3-3 Tie in Game 2 of Japan Series 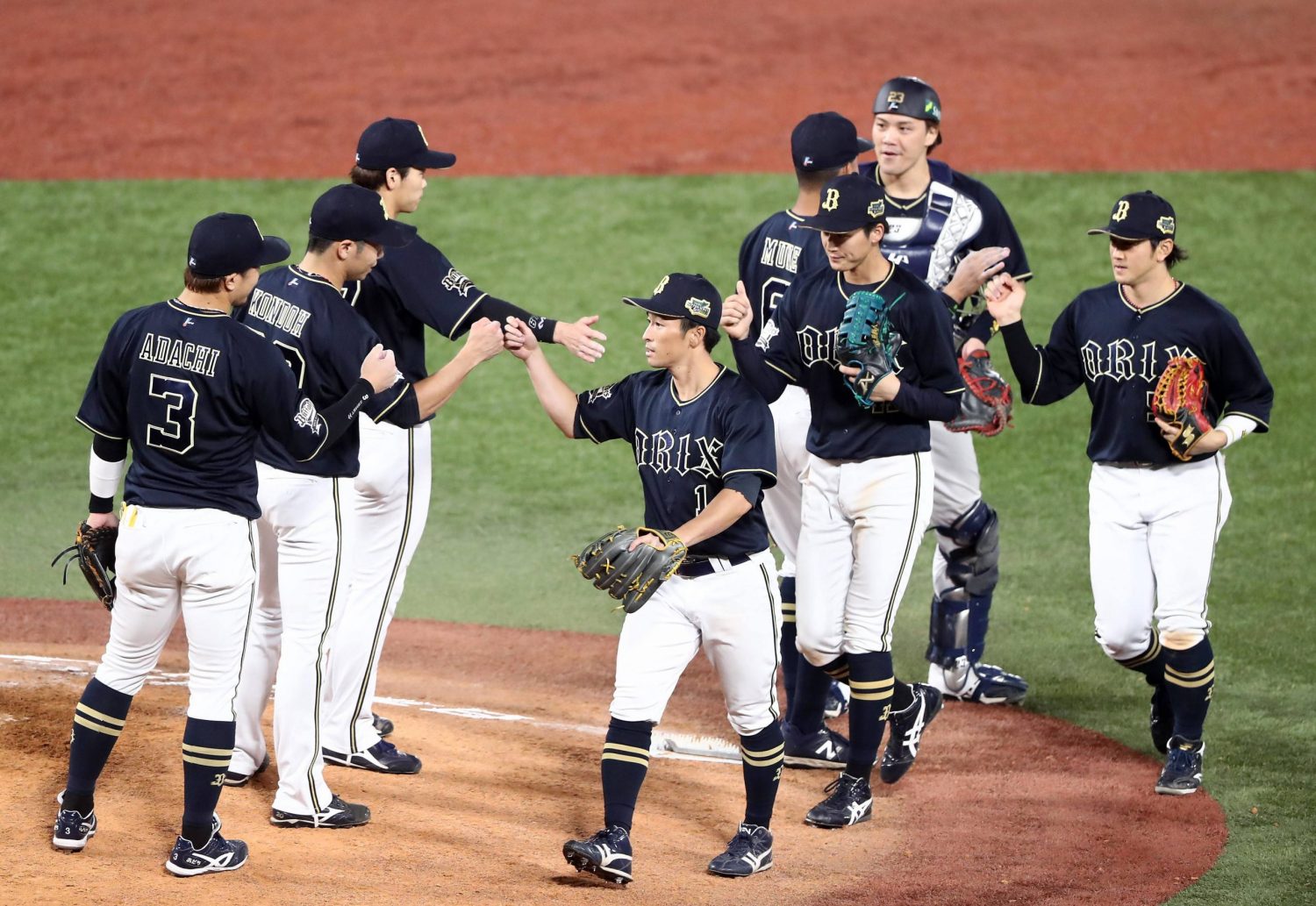 Orix Buffaloes players greet each other after Game 2 of the Japan Series ended in a 2-2 tie on October 23 at Jingu Stadium in Tokyo. (ⒸSANKEI)

Pinch hitter Souma Uchiyama hit a three-run home run to left in the bottom of the ninth inning and the defending champion Tokyo Yakult Swallows played to a 3-3 tie after 12 innings with the Pacific League champion Orix Buffaloes in Game 2 of the Japan Series.

Under the rules of the best-of-seven Japan Series, the game ends in a tie if no winner is determined after 12 innings.

It was the first Japan Series tie since Game 1 in 2018, when the Fukuoka SoftBank Hawks and Yomiuri Giants played to a 2-2 tie.