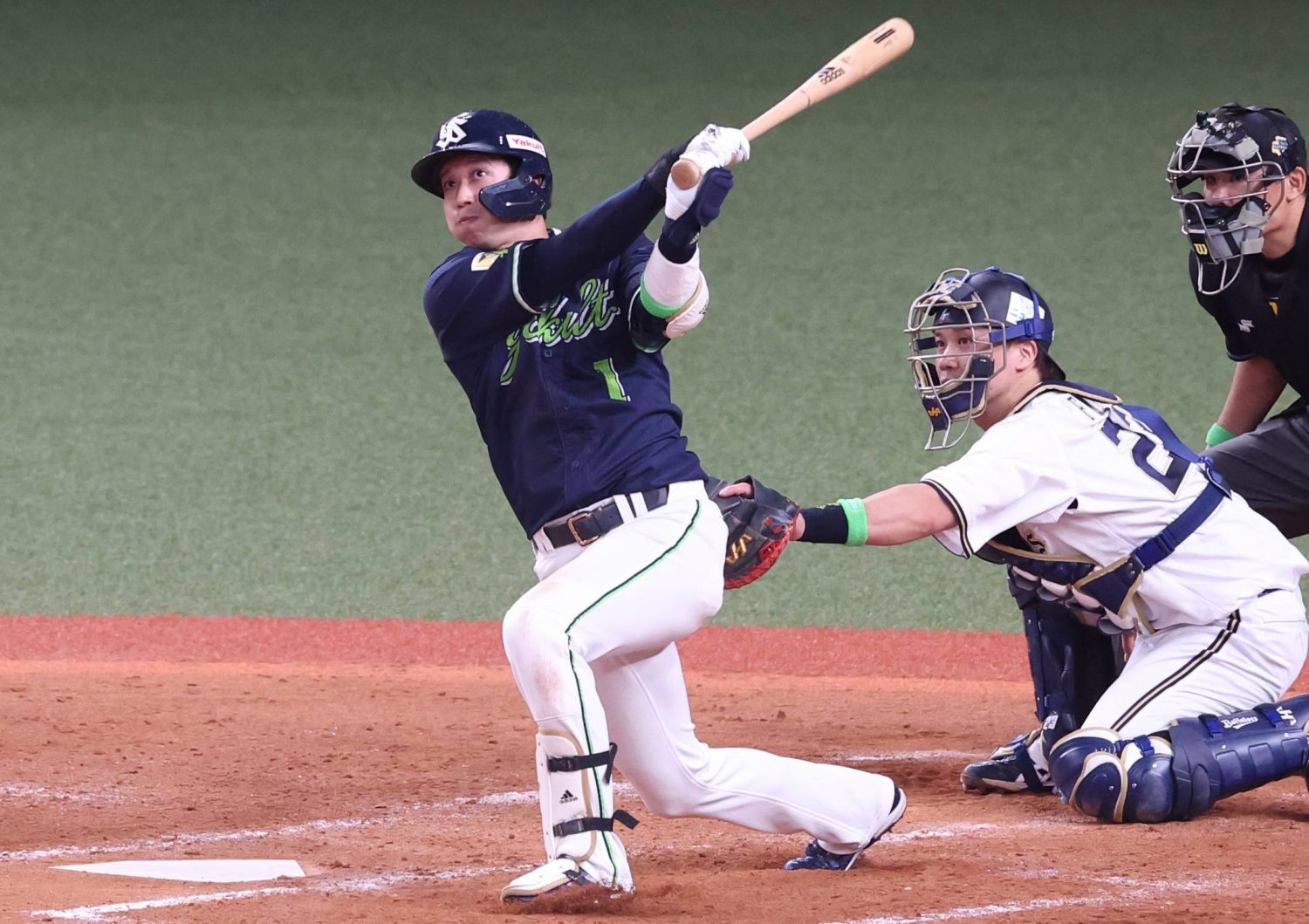 Tokyo Yakult Swallows infielder Tetsuto Yamada smacks a three-run home run in the fifth inning against the Orix Buffaloes in Game 3 of the Japan Series on October 23 at Kyocera Dome. (ⒸSANKEI)

Tetsuto Yamada broke out of a slump with a three-run homer on Tuesday, October 25 to lead the Tokyo Yakult Swallows to a 7-1 win over the Orix Buffaloes and to within two wins of repeating as Japan Series champions.

Yakult won the first game 5-3 before the two teams played to a 3-3 tie in Game 2. The defending champion Swallows could wrap up the title with wins in Games 4 and 5 at Kyocera Dome on Wednesday and Thursday in Osaka.

"I'm happy to finally contribute," Yamada said of his three-run blast. "It was a fastball inside and I got a good swing on it. We've still got to win two games so I'll do my best."