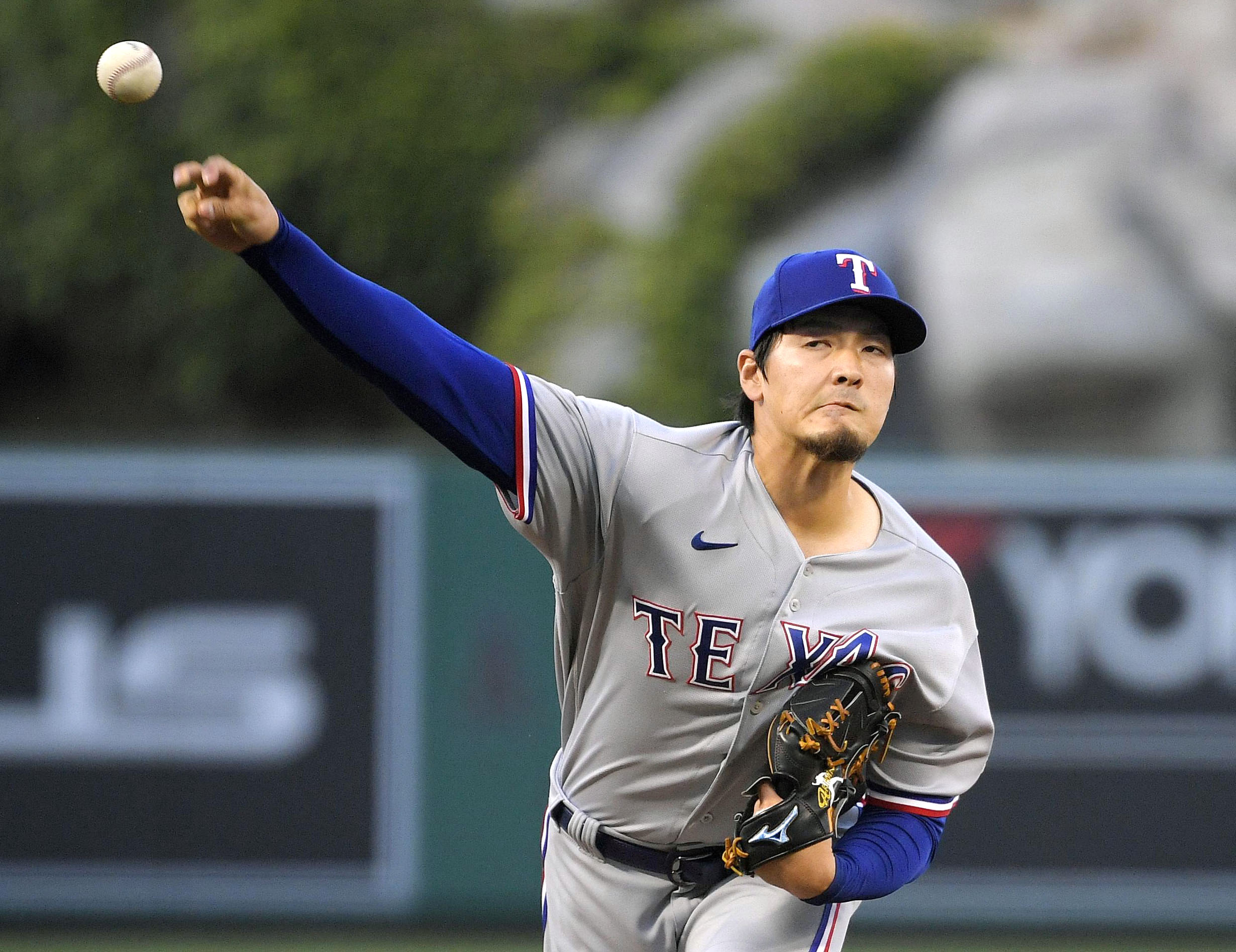 Texas Rangers starting pitcher Kohei Arihara has an aneurysm in his right shoulder and will have surgery to deal with the painful condition.

Rangers general manager Chris Young made the announcement on Saturday, May 22.

Arihara is expected to be sidelined for three months.

The 28-year-old right-hander will have shoulder surgery on Thursday, May 27. Dr. Greg Pearl will perform the surgery in Dallas. Pearl is a thoracic outlet syndrome specialist.

“Obviously a very disappointing outcome for both Kohei and the Rangers,” Young told reporters. “We wish him the best and we are very confident in medical treatment he’s received … and we’re expecting him to have a full recovery.”

Arihara was placed on the 10-day injured list on May 9 with a bruised right middle finger.

After that 10-day period ended, Arihara experienced pain while pitching in the bullpen, MLB.com reported.

“The discomfort Arihara was feeling in the finger was apparently connected to the aneurysm; after throwing a bullpen session last Monday [May 17], the right-hander continued to feel discomfort, leading to the diagnosis,” MLB.com reporter Manny Randhawa wrote.

Though Arihara has not been diagnosed with thoracic outlet syndrome, his symptoms are similar.

The Mayo Clinic website describes the syndrome as “a group of disorders that occur when blood vessels or nerves in the space between your collarbone and your first rib [thoracic outlet] are compressed.”

Young said the Rangers are “very fortunate that this was caught early and that we didn’t continue to push it with him.”

In some cases, the removal of a rib is required to treat thoracic outlet syndrome, but for Arihara’s aneurysm that isn’t necessary, according to Young. But if left untreated, an aneurysm could lead to additional medical problems.

“The medical team did a great job, Kohei’s on board and understands the severity and the consequences of not having the surgery,” Young was quoted as saying by the Fort Worth (Texas) Star-Telegram. “So, he’s ready to get it done.”

Before signing a two-year contract with the Rangers, Arihara spent the previous six seasons with NPB’s Hokkaido Nippon Ham Fighters. He had a 60-50 record, including a career-best 15-8 record in 2019.

Arihara had a 10.29 ERA over his last four starts before being placed on the injured list. Contrast that with a 2.21 ERA in his four first starts of the season. Arihara hasn’t pitched in an MLB game since May 8.