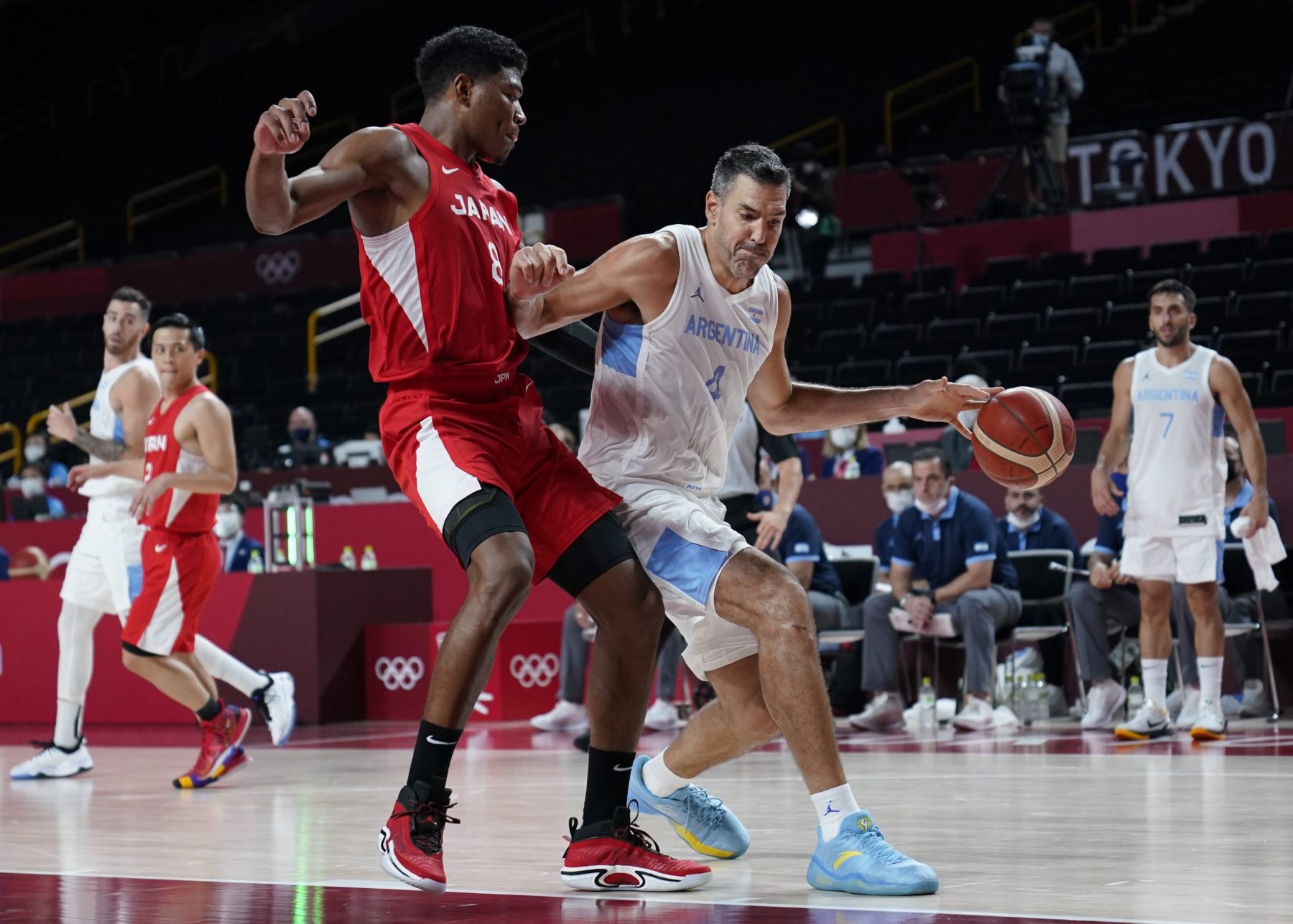 Superior 3-point shooting ignited the high-octane Argentina offense in a runaway victory over Japan in the final preliminary round Group C game at Saitama Super Arena.

Argentina sank 14 of 36 long-range shots and dominated the first and fourth quarters in a 97-77 victory on Sunday, August 1.

Japan, making its first appearance in an Olympic tournament since the 1976 Montreal Games, fell to 0-3 in the Tokyo Games, with earlier losses against reigning world champion Spain (88-77) and Slovenia (116-81).

Argentina, the 2019 FIBA World Cup runner-up, improved to 1-2. With the victory, the South American nation clinched a spot in the quarterfinals.

Yudai Baba led Japan with 18 points and grabbed seven rebounds. Yuta Watanabe had a solid game with 17 points on 7-for-14 shooting and nine rebounds and Rui Hachimura notched a double-double (13 points on 6-for-17 shooting, 11 rebounds). Makoto Hiejima also scored 13 points and Daiki Tanaka poured in 10. Japan was held to 6 of 26 on 3-point attempts.

Five-time Olympian Luis Scola, a longtime former NBA player, sparked Argentina with 23 points, including 5-for-8 shooting from beyond the 3-point arc, and grabbed 10 rebounds. For Scola, an NBA All-Rookie Team selection in 2008, it was a vintage performance that brought up memories of his younger day.

Tanaka, a star guard for the B. League’s Alvark Tokyo, said Japan gained valuable experience playing in the Olympics.

“I think the next generation of players who will carry this team forward are watching us on television,” Tanaka was quoted as saying by Kyodo News. “We have created a platform for the future here and I think we can build on that. We need to continue evolving.”

Japan pulled within 16-13 on a Hiejima outside jumper with 4:34 remaining in the first quarter. Argentina answered with a 10-0 run capped by an inside bucket by Deck with 2:13 left in the quarter.

The Akatsuki Five cut the lead to 26-16 on a Baba 3-pointer at the 1:54 mark, and neither team scored again in the opening stanza.

Campazzo scored 10 first-quarter points, a sign of things to come in his impactful all-around performance.

Japan trailed 48-38 at halftime, giving the hosts’ Argentine coach a shot at earning a big upset against his birth nation. But Argentina played a steady third quarter and stayed in control.

Scola gave Argentina the type of performance that has defined his career on the international stage, including eight points and six rebounds before halftime.

In a post-game interview, Argentina coach Sergio Hernandez marveled about Scola’s continuing presence on the court at an age when most players have retired.

“He’s ridiculous,” Hernandez said in describing the veteran power forward, according to The Associated Press. “He’s 41 years old and yes, I know, he’s a hard worker. He [doesn’t] stop. Never. I don’t think he’s stopped one day in the last 25 years, including when the season finishes. The day after, he’s working, he’s doing something. … I love him.”

Fan favorite Hachimura dribbled through traffic, made a strong move to the basket and scored on a layup with 9:07 to play in the third quarter. That brought Japan within 46-42, delighting the host nation’s fans.

Initiated by an 11-2 spurt after Hachimura scored the first points of the half, Argentina found its scoring rhythm and pulled away.

Campazzo splashed a 3-pointer through the net with 2:02 to play in the third quarter, giving Argentina a 65-51 advantage.

Tanaka responded with an in-the-paint shot to make it 65-53 with 1:42 left in the perod, and the score remained the same as the fourth quarter began.

Japan nearly matched Argentina’s point total in the third quarter, but couldn’t pull off an epic upset against the world’s fourth-ranked team.

Instead, 42nd-ranked Japan was reminded that the Olympic experience is an important building block for the team moving forward.

“We lost three times, in our home, on our home court,” Hachimura told reporters. “We did everything we could do, We’ve got to get better.”