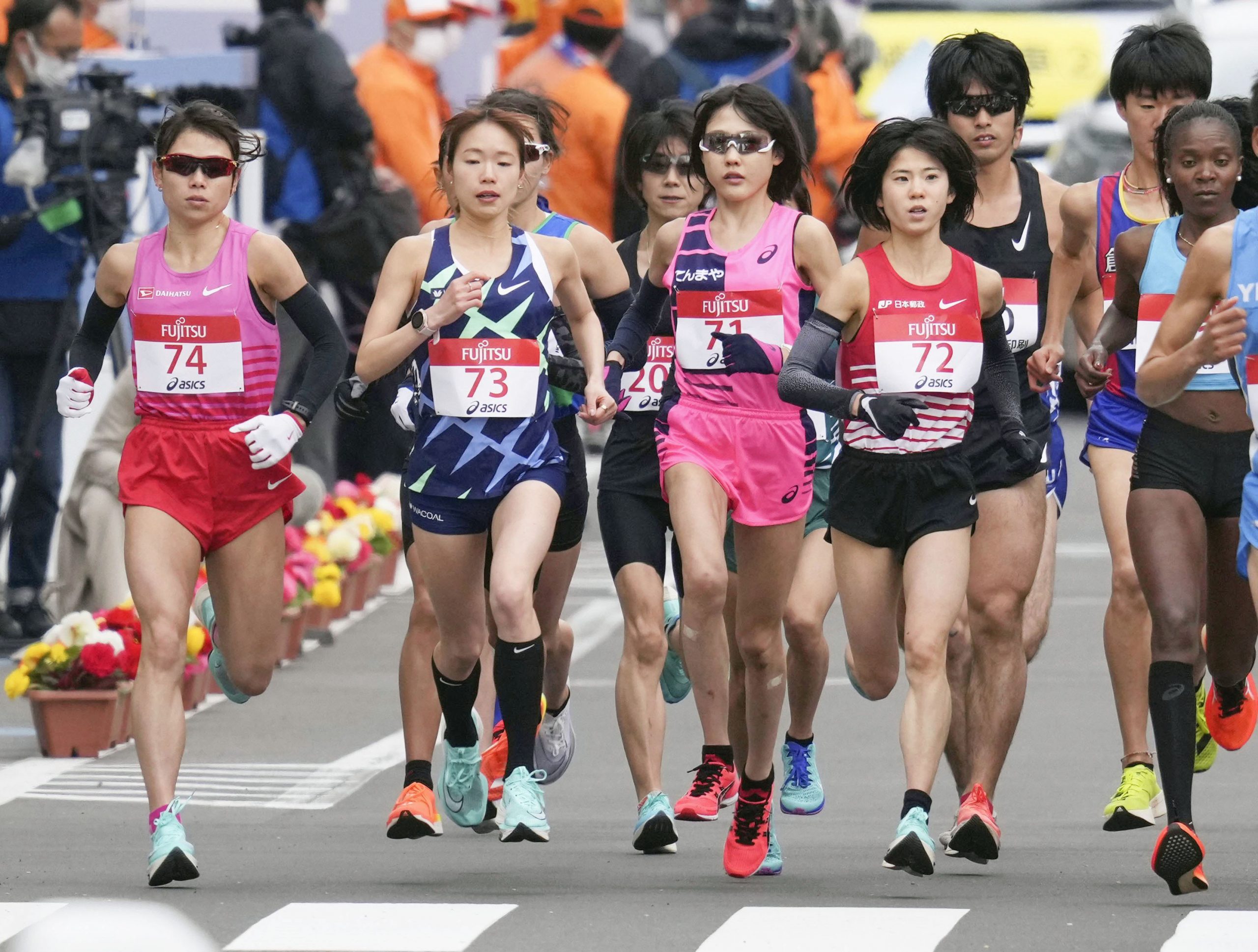 From the left Mizuki Matsuda, Mao Ichiyama, Honami Maeda and Ayuko Suzuki at the Sapporo Challenge Half Marathon in May, 2021

While Kenyan runners may be the favorites in both the men’s and women’s marathons, Japan is hoping for a surprise or two when the focus shifts to Sapporo for the highly anticipated races on the final weekend of the Tokyo Games.

Marathon has alway been a hot ticket in Japan and this weekend’s races are expected to draw intense interest.

When Naoko Takahashi won the gold medal in the women’s marathon at the 2000 Sydney Summer Games, it became one of Japan’s all-time great sporting achievements.

This time around in Sapporo, the best chance for the host nation looks to be in the men’s event.

World-record holder Kenyan Eliud Kipchoge will be looking to defend his Olympic title.

“I’m still hungry for running in the Olympic Games and winning a gold medal,” Kipchoge told Reuters ahead of the Tokyo Games.

But at 36, it will be interesting to see how Kipchoge handles the intense heat.

The Sunday, August 8, race was moved to Sapporo from Tokyo and will start at 7 am to avoid the worst of the day’s high temperatures, but it still could be sweltering.

Kipchoge owns the world record time of 2 hours, 1 minute, 39 seconds set way back at Berlin in 2018.

Japan’s runners had already secured qualification when Suzuki broke the national record but he has set his sights on the 2024 Paris Olympics.

Some prognosticators have tapped Osako as having the potential to pull off an upset of the favorites.

Whatever happens, it will be Osako’s last shot. The 30-year-old announced recently that he plans to retire after the Tokyo Games.

Kenyan’s Lawrence Cherono, who won the Boston Marathon and Chicago Marathon in 2019 is also among the contenders.

In the women’s race, which will be contested on Saturday, August 7,

Mao Ichiyama will be among three Japanese women hoping to follow in the footsteps of Takahashi and Noguchi. Honami Maeda and Ayuko Suzuki are the other two runners for Japan.

In her most recent race, Ichiyama won the Sapporo Challenge Half Marathon in May with a personal best time of 1 hour, 8 minutes 28 seconds. That race was run on the Olympic course, giving Ichiyama a good idea of what to expect on Saturday.

A 24-year-old native of Kagoshima, Ichiyama also won the Osaka Women’s Marathon in January with a race-record time of 2:21:11 finishing ahead of Olympic teammate Maeda.

Ichiyama set a personal-best time of 2:20:29 at the 2020 Nagoya Women’s Marathon where she secured her Olympic berth.

But her only race in 2021 was a below par 66:01 fifth-place finish at the Istanbul Half-marathon.

Kenyan Ruth Chepngetich is also among the favorites. While. Tokyo is her first Olympics, she became marathon world champion in 2019 and broke the world half-marathon record in Istanbul this year.

The Olympic course is a loop that starts and ends in Sapporo’s Odori Park while running across the Toyohira River and through Hokkaido University Campus.

While organizers have asked the public not to gather along the marathon course, It’s hard to imagine there won’t be some fans in attendance cheering on the athletes.