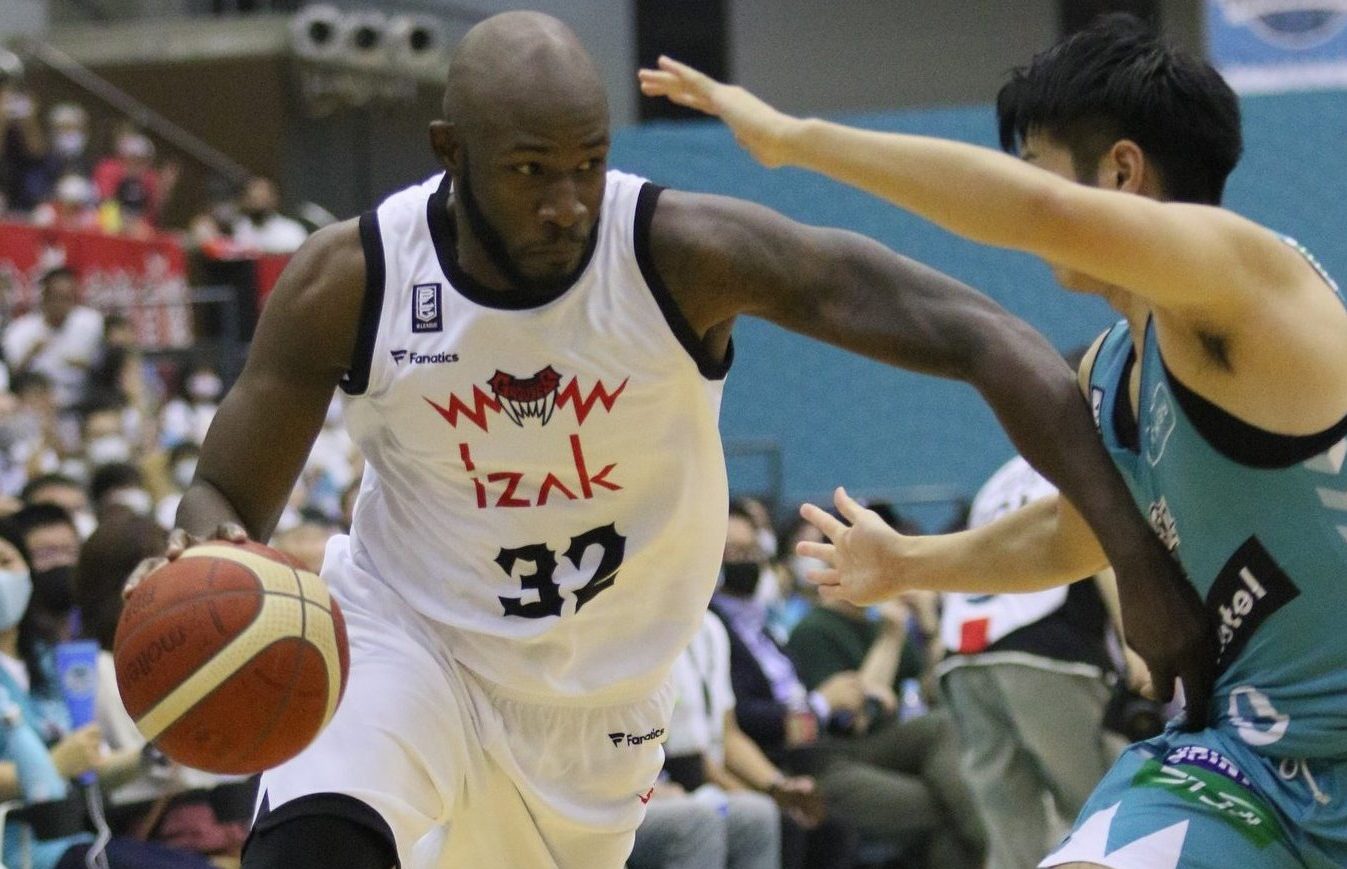 The B. League ushered in the 2020-21 season with 20 games in the first division last weekend, a taste of things to come over the next several months.

Six teams emerged undebated after the opening round of games, eight clubs own 1-1 records, and six squads are tied with 0-2 marks.

In his first game in a Toyama uniform, veteran power forward Julian Mavunga poured in 46 points on Saturday, October 3 in the Grouses' 97-89 road victory over the Kyoto Hannaryz, his former club. Ex-Kyoto Honoo Hamaguchi, who directed the Hannaryz from 2011-20, picked up a win in his Grouses debut on the bench.

Mavunga converted 16 of 25 shots from the floor, including 7 of 12 from 3-point range, in the top offensive performance of Week 1. Teammate Naoki Uto added 21 points and six assists.

A day later, Mavunga, a Miami (Ohio) University product, also recorded the first triple-double of the new season, finishing with 22 points, 10 rebounds and 10 assists in a 97-75 Toyama triumph. Satoru Maeta and Uto contributed 24 and 16 points, respectively.

For Kyoto, Faison finished with 28 points and 13 boards, David Simon provided 22 points and 12 rebounds and Ryo Terashima poured in 20 points.

Due to the global pandemic, the 2019-20 season ended early in March, and a champion was not decided.

The Alvark, however, had the best overall record (32-9), and the Brave Thunders were tied with the Brex for the second-best mark (31-9).

Kawasaki rallied for 35 fourth-quarter points, but it wasn't enough to overcome the hosts.

Alex Kirk notched a double-double (24 points, 10 rebounds) for the Alvark. Seiya Ando also had a strong performance with 18 points, including 4 of 5 from 3-point range, and six assists. Joji Takeuchi and Daiki Tanaka chipped in with 13 and 12 points, respectively, before 1,311 spectators. 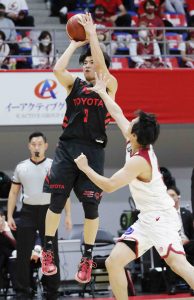 "I think Kawasaki is one of the top three teams in the league," Pavicevic told reporters after the game. "I'm really happy that we were able to play team basketball and that we worked hard to win.

“Looking back on the game, we succeeded in defending wisely and hard from the beginning of the first half, and we were able to keep Kawasaki, which has a very strong offense, in the 20s [in total points] in the first half, which was a big factor in this victory." 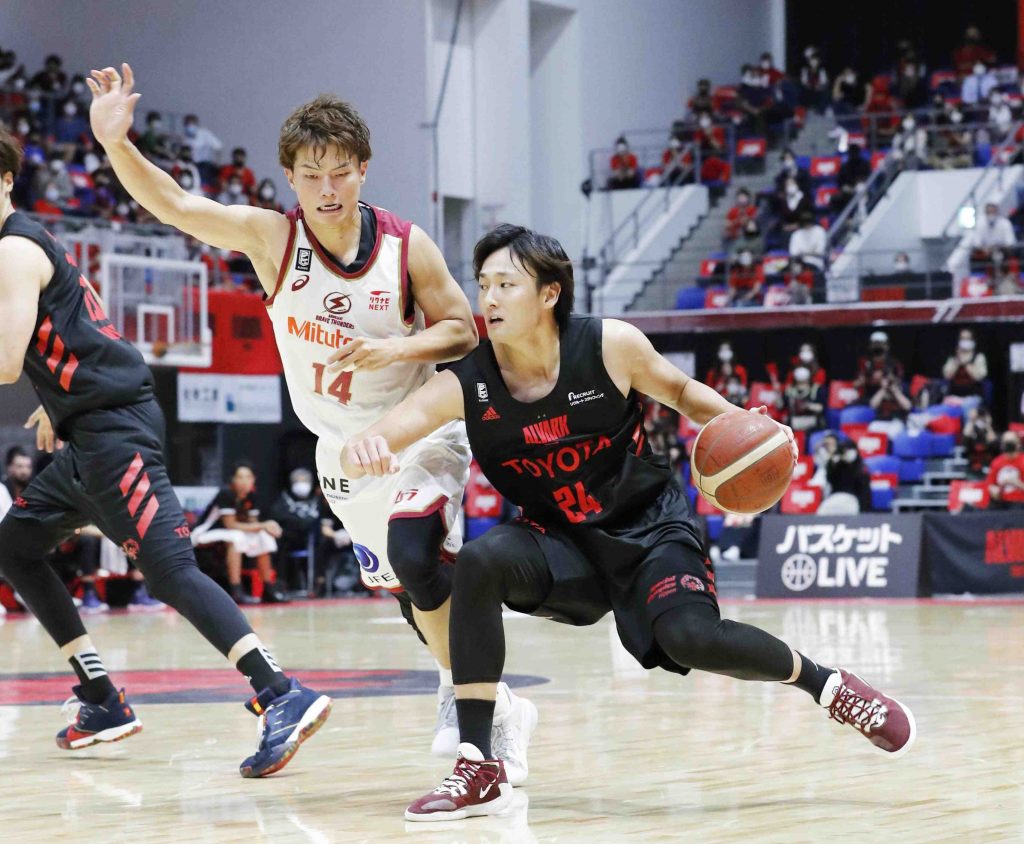 Alvark Tokyo guard Daiki Tanaka dribbles the ball during the opening week of the B. League season.

In the first full day of games, all 20 first-division teams were in action.

For the Brave Warriors, who played in B2 last season, Josh Hawkinson  led the way with 17 points and 12 boards. Shinshu shot 34.8% from the floor. 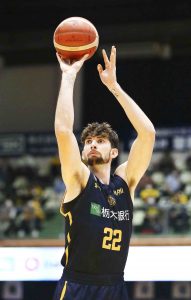 Jack Cooley had 16 points and 14 rebounds, and Narito Namizato scored 13 for the Golden Kings, who missed 13 of 15 3-point attempts. 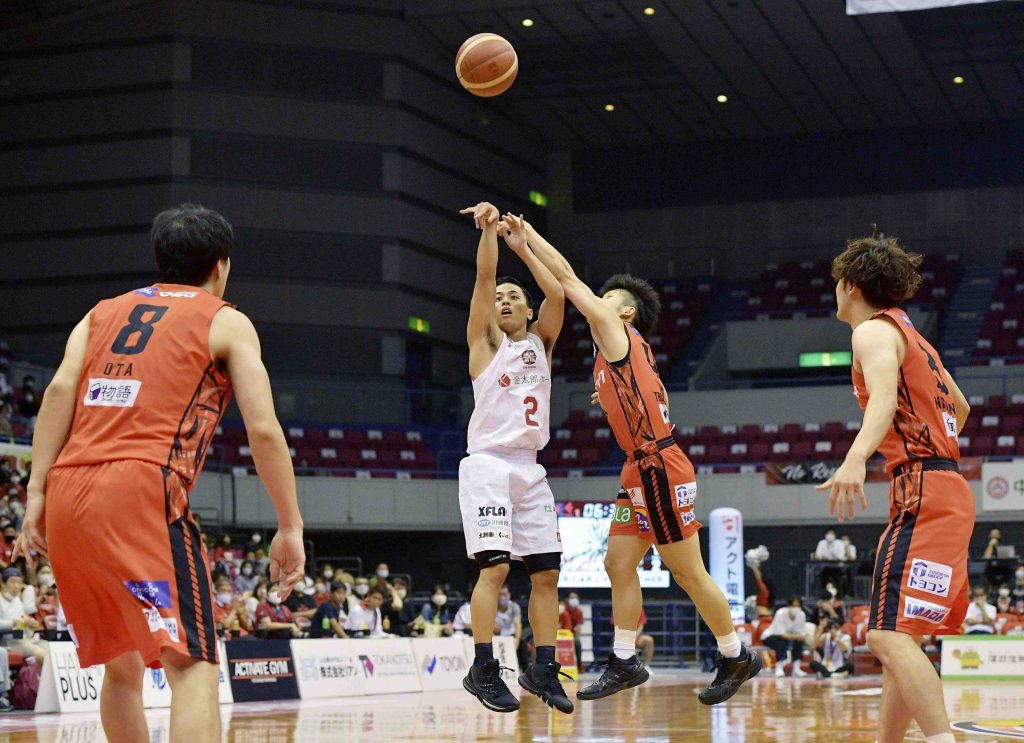 In Osaka, Dragonflies coach Takeshi Hotta's team outscored the hosts 30-17 in the fourth quarter for a bounce-back victory.

As a result, Hiroshima earned its first victory since being promoted to B1 for the 2020-21 campaign. The Dragonflies competed in the second division from 2016-20.

"I feel that we were able to grow as a team from yesterday by correcting the points of reflection that we lost in the fourth quarter [of yesterday's game]," Hotta told reporters.

Up next: The Dragonflies face a tough test against the visiting Alvark on October 9-10.

"I want [us] to prepare well and do our best to win the opening home games," Hotta said.