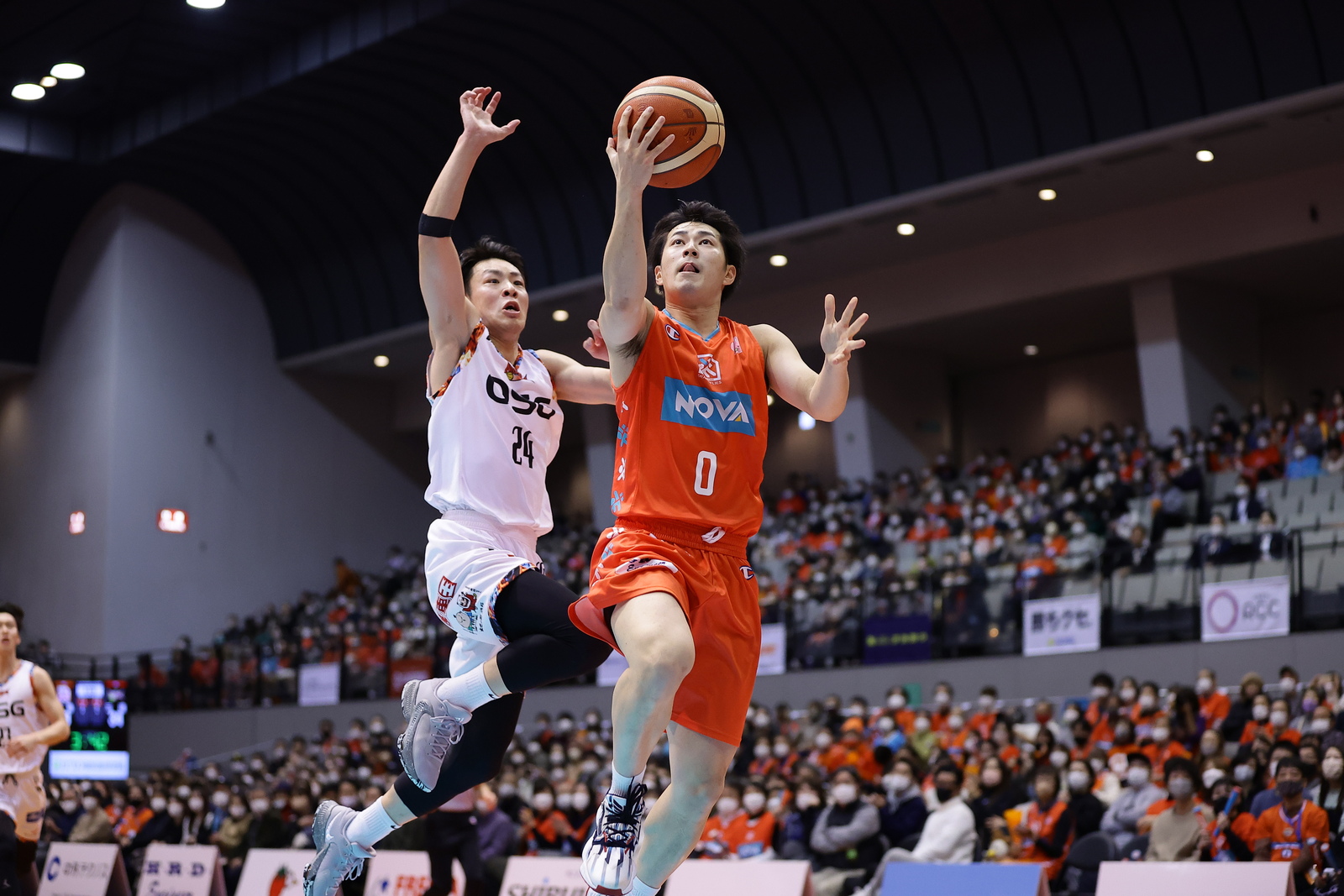 The top four teams in the B.League's Western Conference have all enjoyed remarkable success at their home arenas this season, with the first-place Hiroshima Dragonflies (23-5) holding the top overall record at home (12-1).

A quick calculation: The West's best squads have a combined 51-8 record at home, winning those games at a 86.4% clip.

The Eastern Conference's best two teams have had similar results while playing in front of their home fans. The Chiba Jets, winners of a league-best 10 straight games, are 24-4, including 14-2 at home.

Success at home, of course, is an important component of any team's recipe for building a championship-caliber club.

The Dragonflies, who are named after the Miyajima Tonbo dragonfly, earned promotion from the B.League second division (aka B2) after the 2019-20 season. They went 9-46 in their first season in B1, then made a coaching change. Former Yokohama B-Corsairs bench boss Kyle Milling, an American, was appointed the team's new coach.

As a result, Hiroshima made big strides toward its goal of becoming a title contender, finishing with a 29-28 record in 2021-22.

Great Run for the Hiroshima Dragonflies

The Dragonflies have won 11 of their last 12 games, including seven in a row.

Kerry Blackshear Jr paced the hosts with 21 points and 15 rebounds in the weekend opener against the NeoPhoenix. Nick Mayo and Naoto Tsuji added 20 and 17 points, respectively.

After the series-opening victory over San-en, Blackshear commented on what he felt was the key to victory: "We were able to build a relationship of trust through communication from our daily practice."

The 208-cm Blackshear played at Virginia Tech (2015-19) and the University of Florida (2019-20) before beginning his pro career with the Israeli Premier League's Hapoel Gilboa Galil. Blackshear averaged 14.8 points and 7.9 rebounds as a rookie in 2020-21, then contributed 13.2 and 6.4 for Turkey's Galatasaray last season.

In the rematch, Dwayne Evans paced the Dragonflies with 26 points, Blackshear poured in 20 and Mayo finished with 14