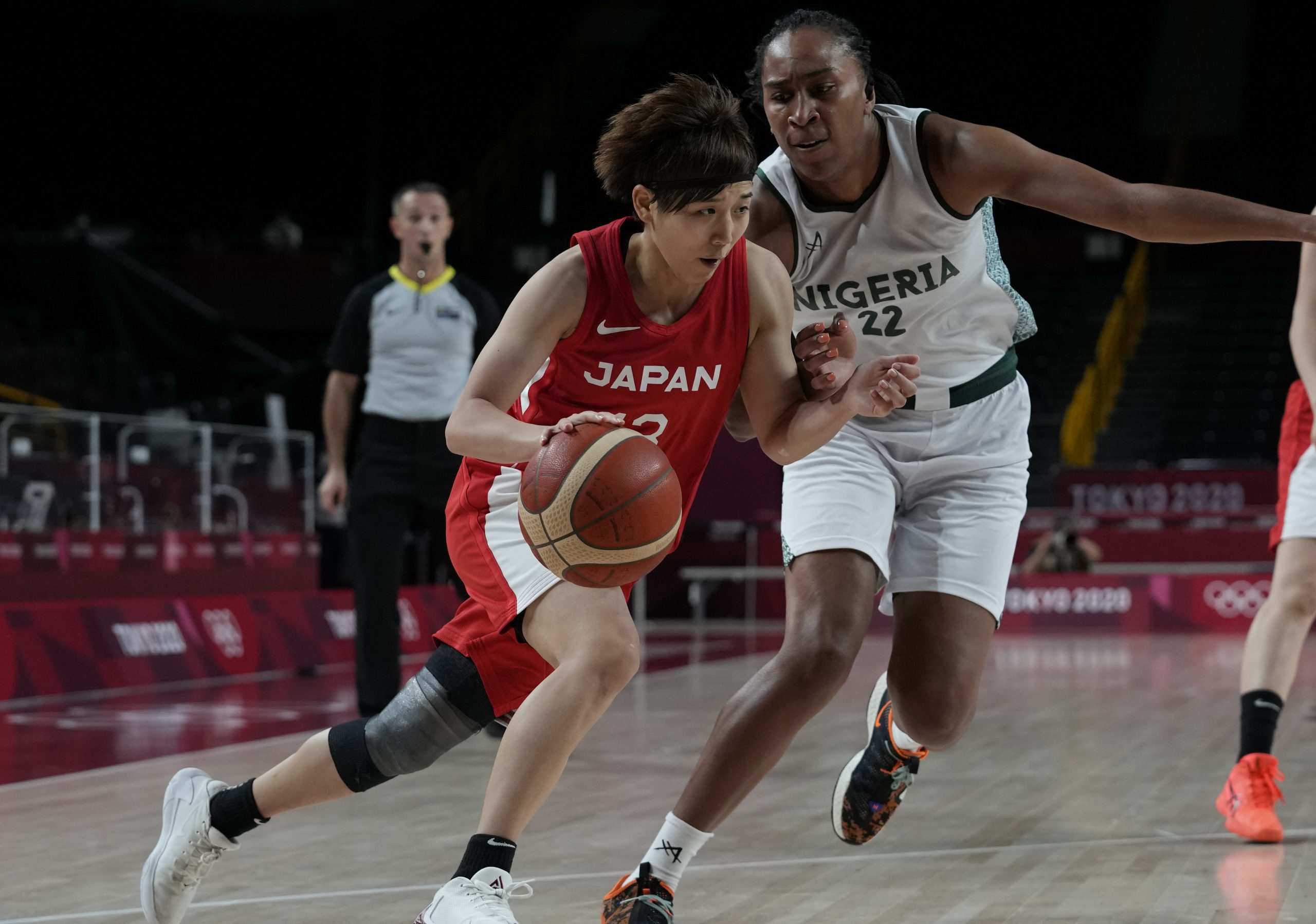 Dynamic playmaker Rui Machida dished out 15 assists to tie an Olympic women’s basketball record and world No. 10 Japan hammered Nigeria 102-83 in the teams’ final Group B preliminary round game on Monday, August 2.

Machida matched the record set by U.S. star Teresa Edwards against Australia at the 1996 Atlanta Games. She did so in 20 super productive minutes on the court at Saitama Super Arena.

“I wasn’t even aware of the number of assists I had when I was playing,” Machida said after the game. “I was not thinking about it and the other players around me were just running so well and scoring all those shots, so they were the ones that contributed [to the record].”

With the win, Japan (2-1) punched its ticket to the quarterfinals on Wednesday, August 4.

Victoria Macaulay was the high scorer for Nigeria (0-3), finishing with 18 points.

Hovasse, who had a brief stint with the NBA’s Atlanta Hawks in the 1994-95 season, told reporters after the game he wasn’t aware that Machida had a shot at breaking an Olympic record. Instead, with 7 minutes to play in the one-sided contest, he took Machida out of the game, letting her rest on the bench.

Hovasse later apologized to the 28-year-old point guard, who hails from Asahikawa, Hokkaido Prefecture, because he didn’t leave her in the game.

He recounted the story in a post-game news conference.

“I already told Rui I was sorry,” said Hovasse, who played college ball at Penn State and also competed in the JBL for Toyota and Toshiba before launching his coaching career. “She had already played 20 minutes and I didn’t know about the record. Rui has been with the national team for a long time as a backup player. She has always been one of the most incredible passers and she really knows how to get  the ball to other players.”

In tying Edwards’ Olympic record, Machida demonstrated to a global audience that her impressive passing skills are a vital component of Japan’s offense. To be mentioned in the same conversation as Edwards is also special recognition of Machida’s talents.

In an article published in 2000, Edwards was ranked No. 22 on Sports Illustrated’s list of the “100 Greatest Female Athletes of the 20th Century.”

Machida has now put her name in the record book alongside a legendary player.

“For her to tie the record is amazing because there have been so many great Olympic players over the years,” Hovasse said. “I am really happy she is getting noticed with this. It’s fantastic.”

In addition to the record-tying assist total, Machida has been a case study in smart decision-making as a floor conductor during the Olympic tournament. She has 37 assists and nine turnovers, a gaudy 4.1 assist-to-turnover ratio.