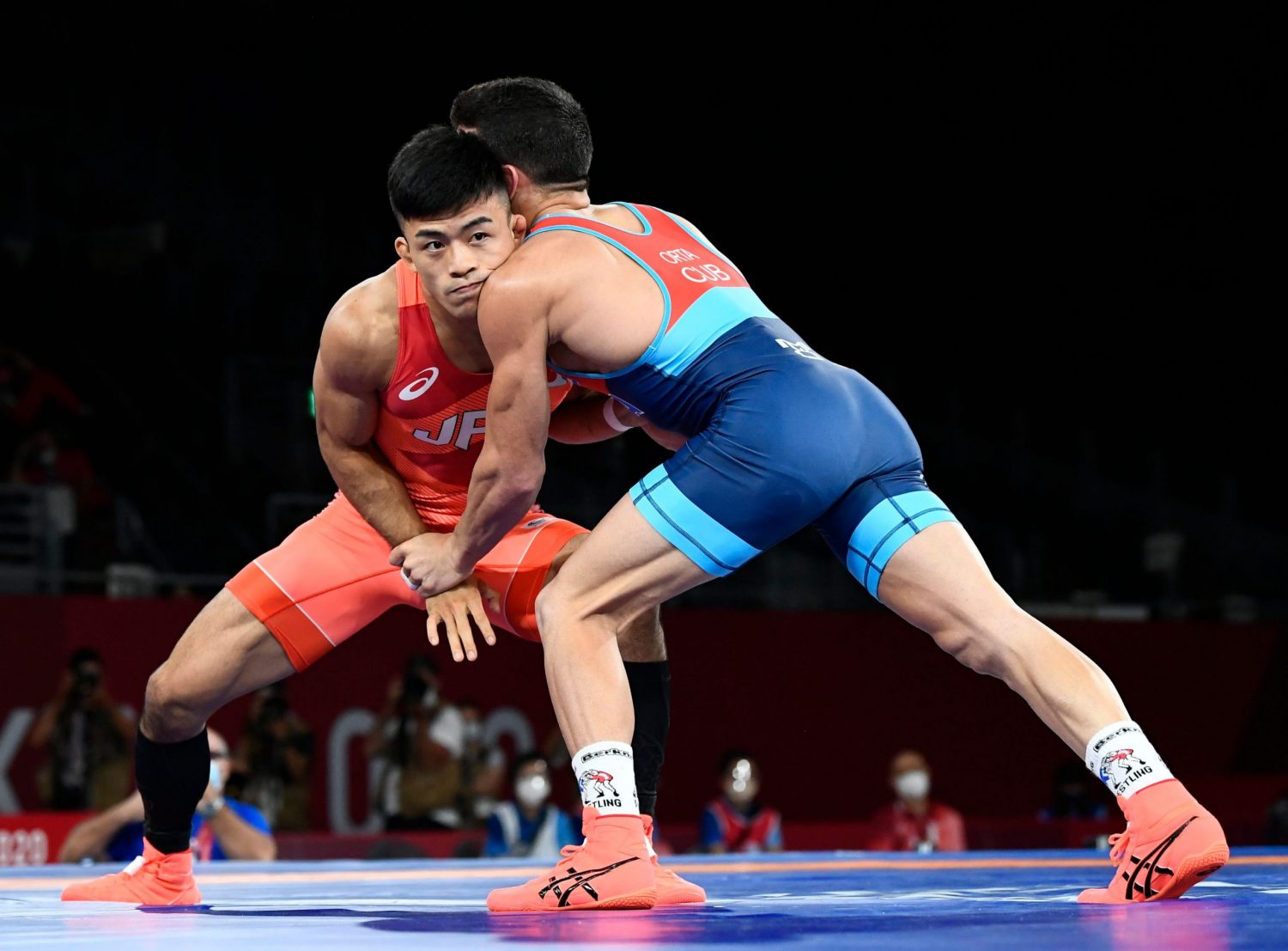 On Monday, August 2, among hopes and disappointments, Kenichiro Fumita clinched the silver medal in men’s Greco-Roman wrestling in the 60-kg category, after a frustrating loss to Cuba’s Luis Alberto Orta Sanchez in the final.

The previous day on August 1, Fumita posted three consecutive victories, including a strong 5-1 win against Ukraine’s Lenur Temirov in the semifinal at Makuhari Messe in Chiba.

Yet in the final Orta Sanchez was persistent, keeping a strong hold on Fumita’s wrists and a safe distance, preventing the Yamanashi native from performing holds he is normally strong in.

Despite his runner-up finish, the 2019 world champion Fumita seemed consumed with disappointment for not achieving the gold medal.

“The fact that these Olympics took place, and all those who made this possible, I wanted to win this medal for everyone, for the volunteers, for all those people,” he said. “And the fact that I couldn’t do it, I am really sorry.”

It is the 25-year-old Fumita’s Olympic debut. He continued reflecting on his record to NHK: “Of course I would have wanted the gold medal, because that is what I worked hard for these five years.” Then he apologized, saying, “I got silver, but all the same I want to show everyone.”

Fumita still extended Japan’s medal winning streak in men’s wrestling to 17 consecutive tournaments, dating back to the 1952 Helsinki Games. The athlete, who in his free time is also known to like frequenting cat cafes, also secured Japan’s third consecutive podium finish in Greco-Roman wrestling, following Shinobu Ota in Rio de Janeiro in 2016 with a silver medal, and Ryutaro Matsumoto with a bronze in London in 2012.

Minagawa Loses Out on Medal in Women’s Freestyle

In women’s freestyle wrestling, Hiroe Minagawa lost out on the bronze medal in the 76-kg category after yielding to China’s Qian Zhou.

The match was over in the blink of an eye in the first round as Zhou tackled her Japanese rival to the floor, and with a neck hold immobilized Minagawa, giving the Chinese grappler a victory by fall with a 2-0 score.

The 33-year-old Minagawa made her Olympic debut in Tokyo, after placing second at the 2019 World Wrestling Championships in Kazakhstan.

Japan has not scored a medal in women’s wrestling in the upper weight categories since Kyoko Hamaguchi received the bronze at the 2008 Beijing Olympics.