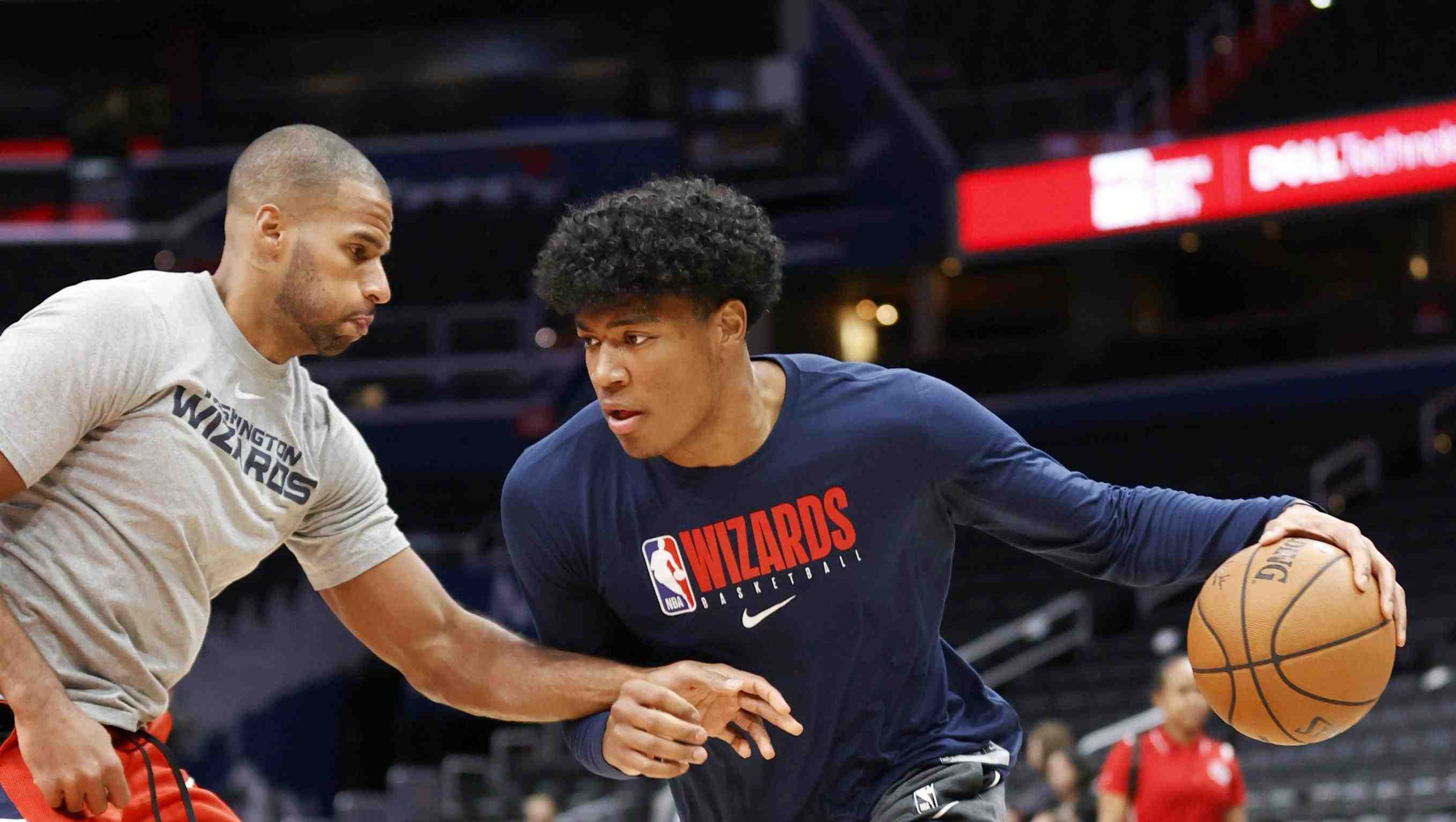 Rookie forward Rui Hachimura and the Washington Wizards played their first exhibition game of the NBA restart at Walt Disney World in Florida on Wednesday, July 22.

The Denver Nuggets defeated the Wizards 89-82 at HP Field House in Orlando.

It was a solid overall effort for Hachimura, who finished with team-high totals in points (18), rebounds (nine) and minutes (26). He also led the club in field-goal attempts (14) and foul shots (six).

The Gonzaga University product scored the first basket on a pull-up jumper 16 seconds into the game.

“I thought (Rui) was good. He was obviously aggressive, but he got good shots,” Wizards coach Scott Brooks said after the game. “He gets to his spots. I love this about his game. He gets to his spots and he gets on balance and he takes the shot. Those are very high percentage shots. He needs to keep doing that. There are going to be games where he doesn’t have the high-end shots. I like the way he played tonight. He just has a good feel for the game for being a young player in the league.”

The NBA season was suspended on March 11 after Utah Jazz forward Rudy Gobert tested positive for the coronavirus. Hachimura averaged 13.4 points and 6.0 rebounds before the hiatus. (Related coverage: https://japan-forward.com/odds-and-evens-wizards-rui-hachimura-fired-up-about-nba-relaunch/)

In summing up his team’s performance, the coach added: “Overall, I’m very pleased with our energy, our effort, and our teamwork.”

What did Hachimura think of the experience of playing behind closed doors for the first time?

“The atmosphere was definitely different,” the Toyama native told reporters. “But it was great to get back on the court for the first time in a long time.”

He acknowledged it as unusual playing behind closed doors at the Walt Disney World complex before adding, “I’d never experienced a game without a crowd at this level. So it just felt different. But I’m just grateful to be able to play basketball during these difficult times.”

In response to a question about his physical condition after leading the team in minutes played, the 22-year-old Hachimura said he was fine.

“I trained throughout the quarantine and kept it up after returning to the team facility. I’m reaping the benefits now.”

The Wizards return to action for their second tune-up game against the Los Angeles Clippers, whom Hachimura praised by calling them “a championship-caliber club,” on July 25, followed by a July 27 clash with the Los Angeles Lakers.

The NBA regular season resumes on July 30. Twenty-two of 30 clubs are at Disney World for the final phase of the regular season. The Wizards and the other 21 teams are set to play eight more contests after the restart.