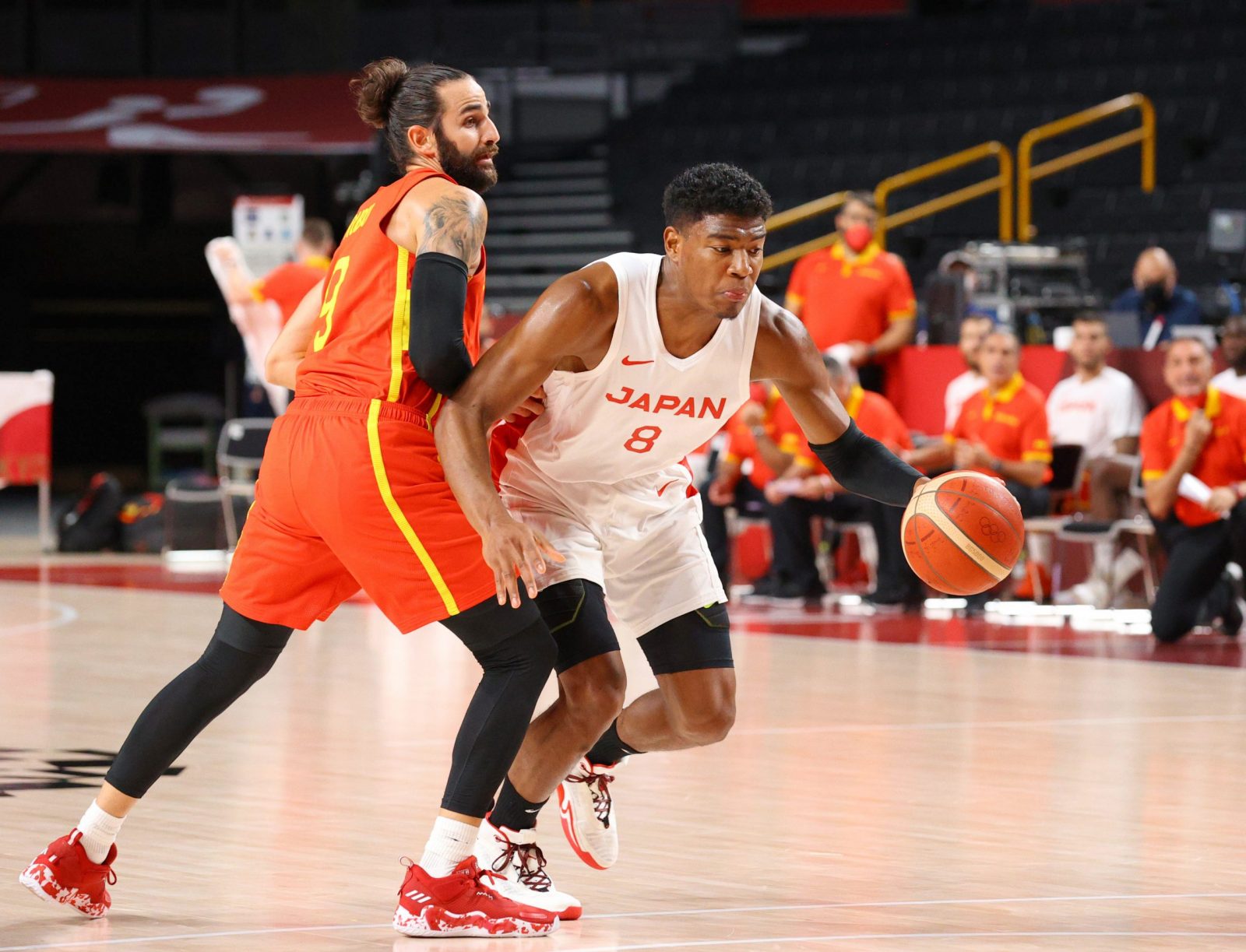 Japan, appearing in an Olympic men’s basketball tournament for the first time since the 1976 Montreal Games, played a solid game for three out of four quarters against reigning world champion Spain on Monday night, July 26.

The second quarter, however, was problematic for Japan coach Julio Lamas’ squad.

Spain, featuring established stars Ricky Rubio, Pau Gasol and Marc Gasol, among others, outscored the hosts 30-14 in the pivotal second quarter and held on for an 88-77 victory in the teams’ preliminary round Group C opener at Saitama Super Arena, which was staged without spectators due to COVID-19 protocols implemented by Olympic organizers for all events in the Kanto Region.

Point guard Ricky Rubio, a longtime NBA player, ignited the Spain offense with 20 points and nine assists. Victor Claver added 13 points on 6-for-6 shooting and nine rebounds, Marc Gasol netted 12 points, Alejandro Abrines had 11 and two-time NBA champion Pau Gasol finished with nine for Spain, which won its first world title in 2006 at the same arena, which was packed with fans at the time.

Better shooting was a key for Spain. The world’s second-ranked team made 36 of 70 shots from the floor, while Japan was held to 26-for-64.

Entering the fourth quarter, world No. 42 Japan trailed 69-56 and got within nine points in the final minute.

For Japan hoop fans, seeing Japan play in the Olympic, even without being at the arena, was something they hadn’t experienced for much longer than the current players have been alive.

Hachimura acknowledged that fact in his post-game comments to reporters.

“We talked about it before the game,” Hachimura said, according to The Associated Press. “We actually played here like two years ago, an exhibition game or something. A lot of people came, we were looking forward to it, but it is what it is. Can’t do anything about it, and everybody is watching on TV.”

Spain was in control throughout the second half despite Japan’s spirited comeback attempt.

From the get-go, it looked like the game might turn into a rout. Spain, trailing only the United States in the world rankings, raced out to an 11-2 lead near the midway point of the first quarter. But Watanabe sank a 3-pointer to pull the hosts within 11-5.

Hachimura and Watanabe canned long jumpers inside the arc late in the opening stanza as Japan tried to keep it close.

After Watanabe blocked a Spain shot at the other end, he set up his team’s offense for a final possession to end the first. The Akatsuki Five moved the ball around the perimeter and Togashi, a Chiba Jets guard, took a running jumper on the final play of the period. He nailed it as Japan cut the deficit to 18-14.

Baba made a rim-rattling dunk early in the second quarter, pulling Japan within 18-16. An Edwards 3-pointer knotted the score at 26-26 with 5:35 left in the quarter.

Spain’s offense caught fire over the next several minutes, and coach Sergio Scariolo’s squad seized control with a 19-0 run in the second quarter.

Hachimura had a team-high nine points in the first half. Japan shot 11-for-34 from the floor in half.

After the game, the 36-year-old Marc Gasol, who is five years younger than his famous brother Pau, shared his perspective of playing in the Olympics during the global pandemic.

“The world is going through something very difficult, and I think we all have to go in the same direction,” he was quoted as saying by The Associated Press. “The fans are making sacrifices and we’re trying to give them something to cheer for and be proud of in these very difficult times. … In the perfect scenario, you would have this arena packed, but we know there’s a lot of people watching us and we’re bringing joy to them from both Japan and Spain.”

Japan meets world No. 16 Slovenia on Thursday, July 29. Tipoff is 1:40 p.m. On the same day, in a tantalizing matchup of title contenders, Spain faces fourth-ranked Argentina at 9 p.m.