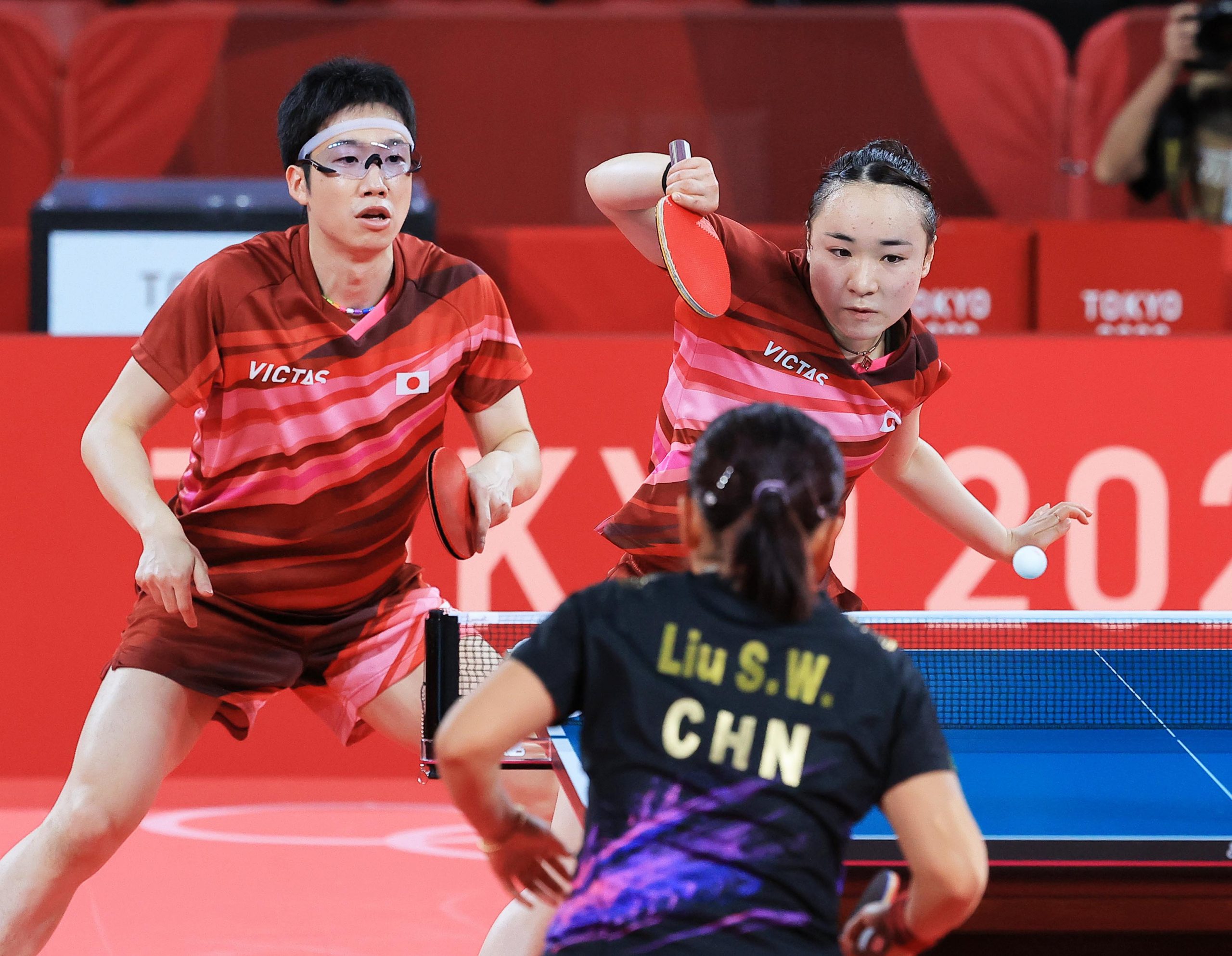 After a rough start in the first two games, the 32-year-old Mizutani and Ito won the next three.

The match came down to the seventh game, which Mizutani and Ito, 20, won to complete the match.

In the seventh game, Mizutani and Ito built an eight-point lead, which Xu and Liu were unable to overcome.

The duo’s gold medal is Japan’s first in table tennis, a sport added to the Olympic program in 1988. Chinese players have taken every Olympic gold in the sport except for five, including Mizutani and Ito’s win.

“Until now, we’ve lost many games to Chinese teams, so I’m very happy, and I think we were able to avenge those losses here at the Tokyo Olympics,” Mizutani said in a post-match interview.

“I’m really, really happy,” Ito said. “We played without giving up until the very end because many people, including other Japanese athletes and the team staff, supported us, and it was very fun to the end of the match.”

The pair met when Ito was first getting started in the sport, according to The Japan News, and both are from Iwata, Shizuoka Prefecture.