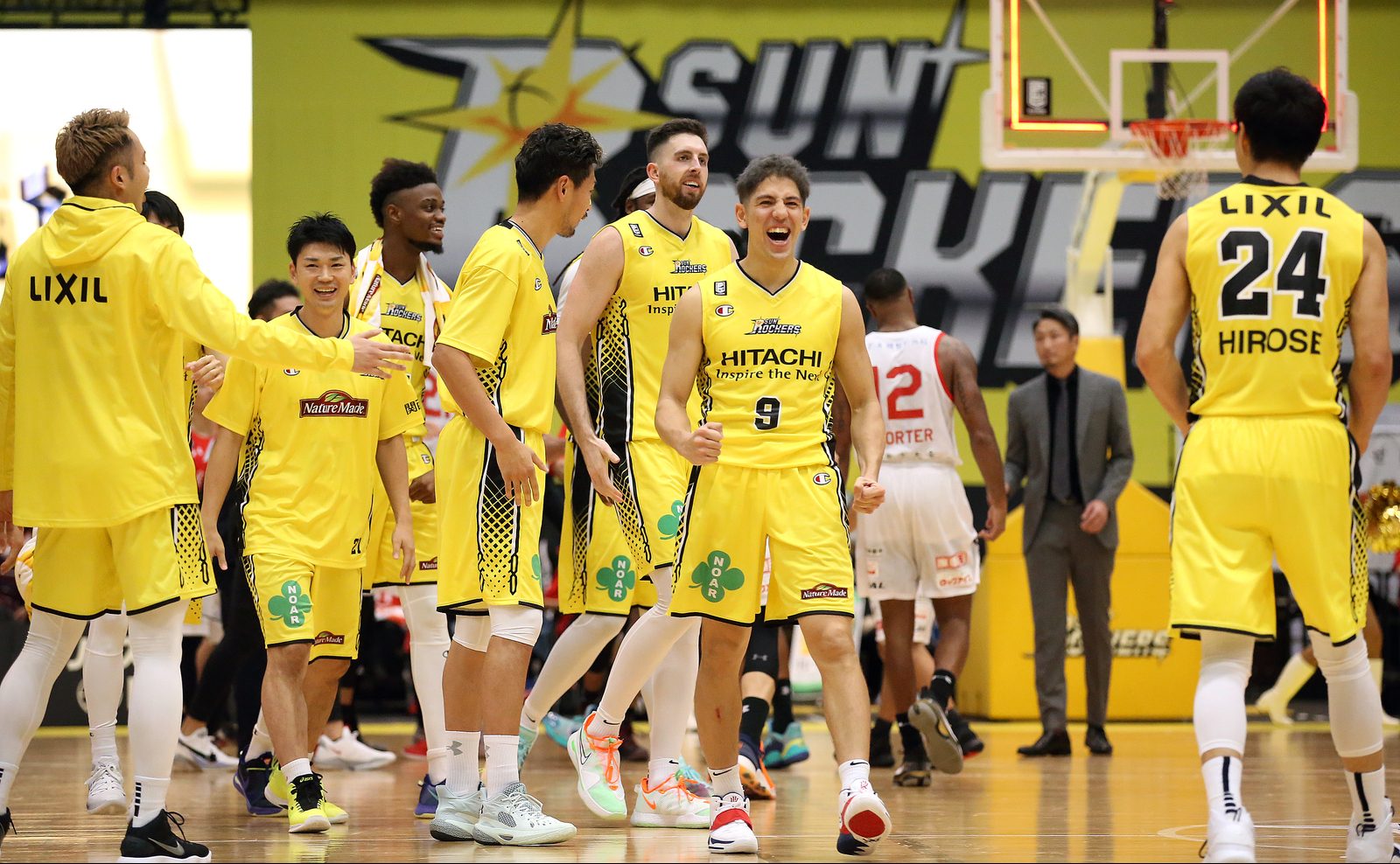 With just two weeks of games completed, parity is a defining trait of the new B. League season.

In Tokyo, the Sunrockers Shibuya collected their first victory of the season in dramatic fashion on Sunday, October 11.

Former Los Angeles Lakers forward Ryan Kelly sank a buzzer-beating long jump shot in the final second to lift the Sunrockers to an 87-86 victory over the Chiba Jets Funabashi.

Kelly’s basket came just after Yuki Togashi had drained a pull-up 3-pointer to put the Jets ahead by a point with 3 seconds remaining at Aoyama Gakuin University Memorial Hall.

Shibuya coach Tsutomu Isa told reporters after the game that his first option was to get the ball to star guard Leo Vendrame for the final shot. But Chiba played tight defense on Vendrame, and Kenta Hirose inbounded the ball to Kelly instead. The veteran forward took three dribbles before releasing a shot from just inside the 3-point arc over the arms of Jets big man Sebastian Saiz. 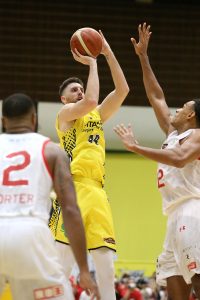 Shibuya’s Ryan Kelly makes the winning shot against Chiba in the final second on Sunday, October 11. Credit: B. League

Kelly’s winning shot happened on the same calendar day that the Lakers captured the NBA championship at Walt Disney World in Florida.

Asked about the play later, Kelly, who played for Los Angeles from 2013-16, described it this way: “I felt confident and hit [it] on a good trajectory.”

Led by Hirose, Sunrockers players then rushed to congratulate Kelly, a Duke University alum who finished with 18 points and six assists, and the scene erupted in a joyous celebration.

Isa admitted he was “relieved” Shibuya (1-3) (the team) earned its first victory, a bounce-back triumph over Chiba after a two-point defeat at home on the previous day. He told reporters the result “gives the team confidence.” 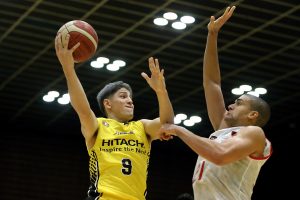 Sunrockers captain Leo Vendrame had 20 points in the series finale against the Jets on October 11. Credit: B. League

Gavin Edwards led the Jets (3-1) with 20 points, while Togashi poured in 19 with seven assists. Saiz, who suited up for the Sunrockers last season, scored 15 points and Shannon Shorter had 13 points and four steals.

Key performers from the October 9 game include: 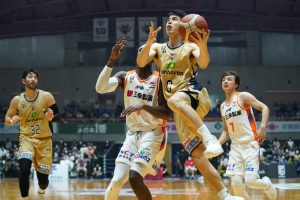 Ryukyu guard Takumi Ishizaki shoots a layup in a game against Niigata on October 10 in Okinawa. Credit: B. League