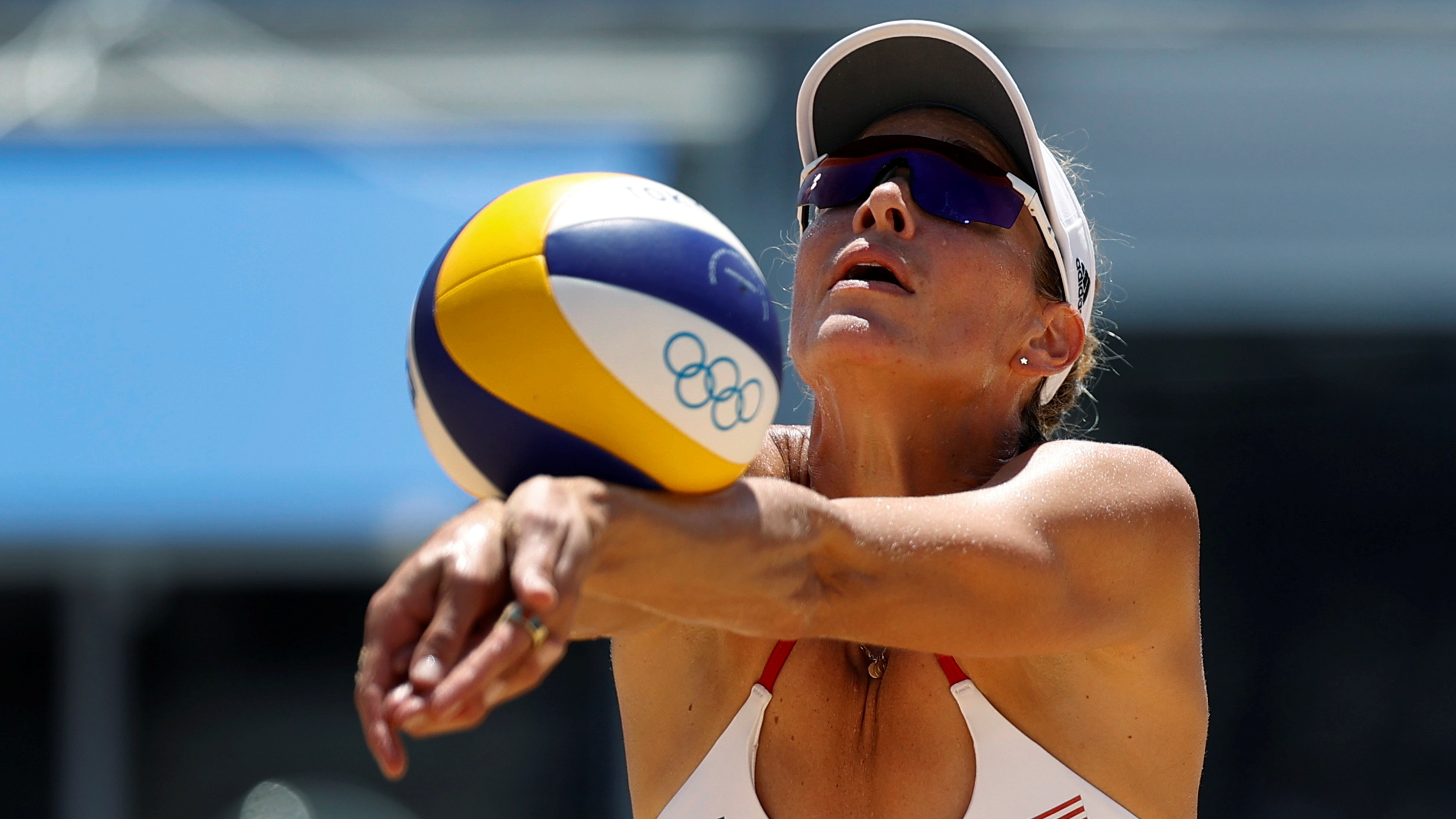 Alix Klineman of the United States plays in the women's beach volleyball gold-medal match against Australia at Shiokaze Park on August 6. (REUTERS/Pilar Olivares)

Alix Klineman and April Ross of the United States prevailed against Australia’s Mariafe Artacho del Solar and Taliqua Clancy to win the gold medal in the women’s beach volleyball competition on Friday, August 6.

Australia now also has one each of Olympic gold, silver and bronze medals in women’s beach volleyball, adding to a gold in 2000 and a bronze in 1996.

The United States placed first in the women’s event in 2004, 2008 and 2012, making this win its fourth gold. "I thought about the tradition and it means a lot to uphold that," Ross remarked about the feat, according to Reuters.

In the second set, Artacho del Solar and Clancy won two points to start on a positive note, but the Americans quickly made up for their initial deficit, scoring 10 straight points.

“It's definitely not the color we wanted but I think after this stops stinging we'll really appreciate this moment more," Clancy said to The Australian Broadcasting Corporation.

Artacho del Solar commented, "Having an Olympic medal around our necks is just so special.”

The 44-minute match was played in 32-degree weather, and the temperature on the sand reached a scorching 45 Celsius.

Earlier in the day, Joana Heidrich and Anouk Verge-Depre of Switzerland earned bronze by beating Latvia’s Tina Graudina and Anastasija Kravcenoka 2-0 (21-19, 21-15). The medal is the country’s first in women’s beach volleyball.

Norway’s Anders Berntsen Mol and Christian Sandlie Sørum will face off Viacheslav Krasilnikov and Oleg Stoyanovskiy of the Russian Olympic Committee in the men’s gold-medal match on Saturday. Latvia’s Mārtiņš Pļaviņš and Edgars Točs will play Qatar’s Ahmed Tijan and Cherif Younousse for the bronze medal.