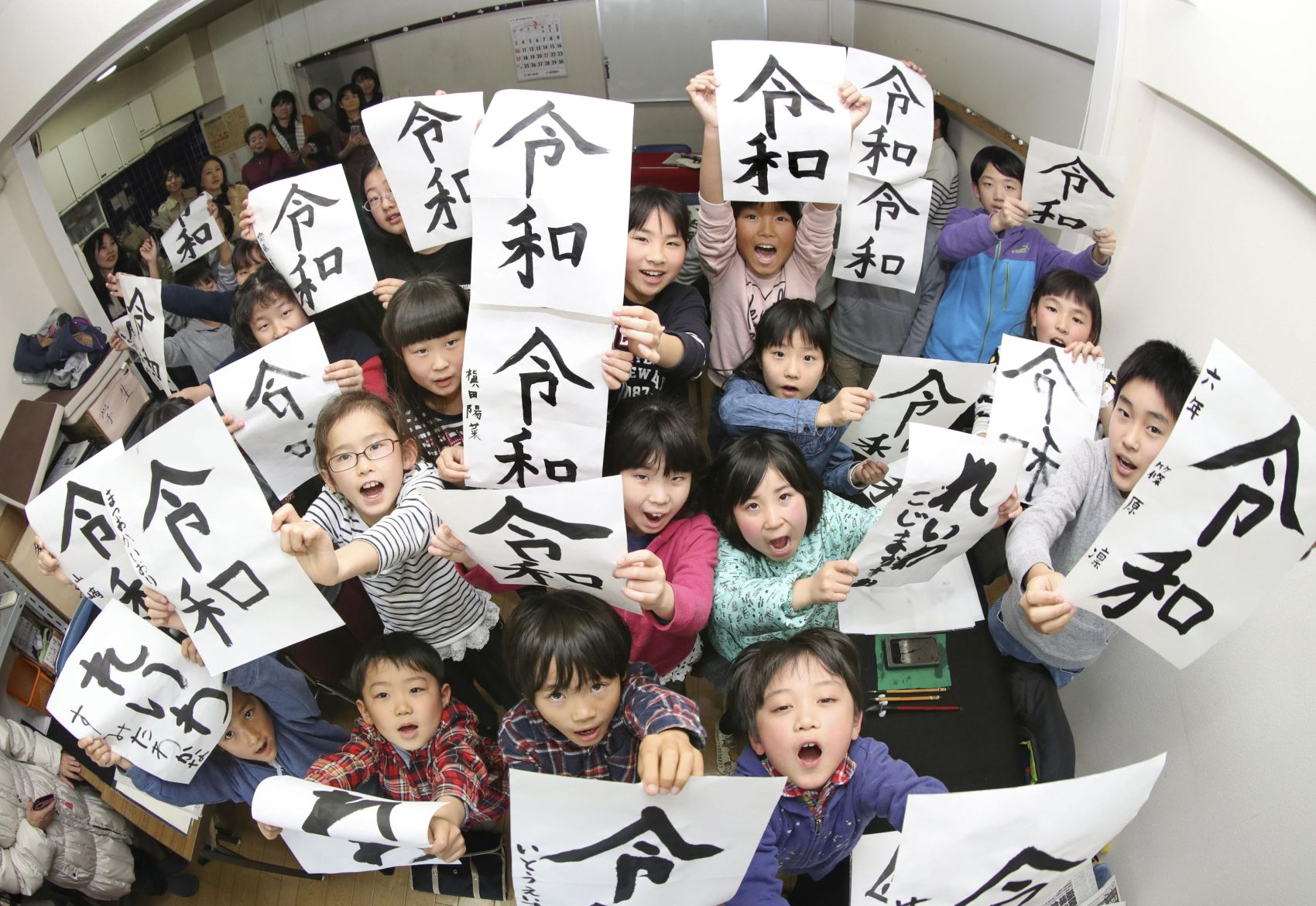 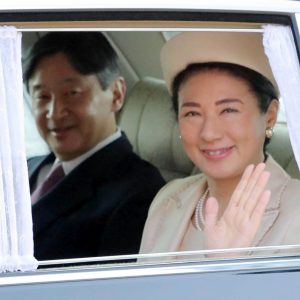 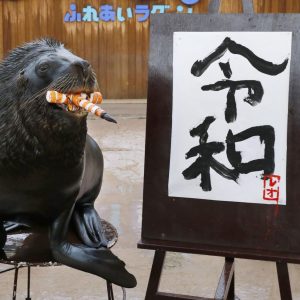 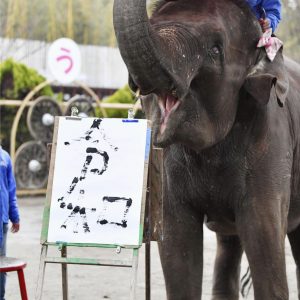 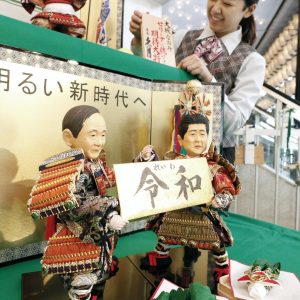 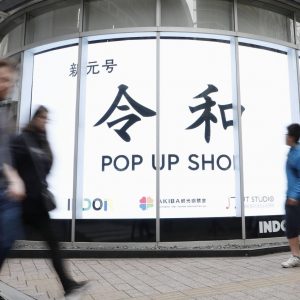 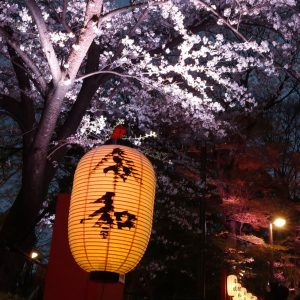 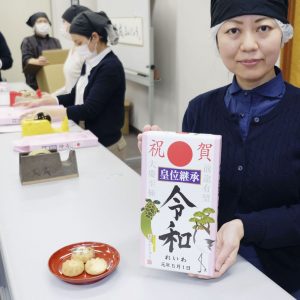 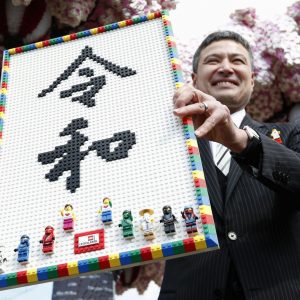 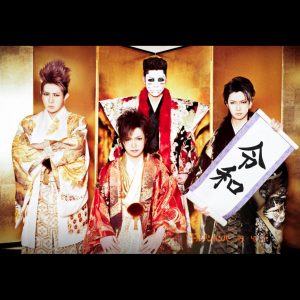 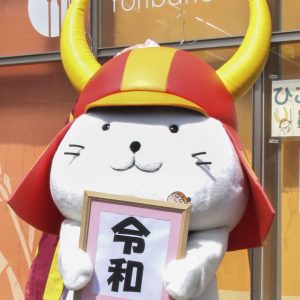 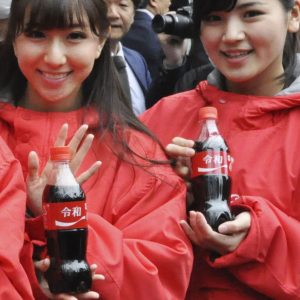 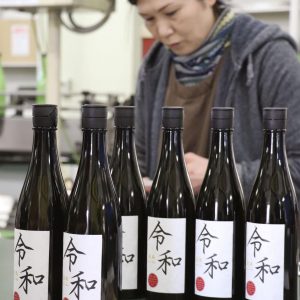 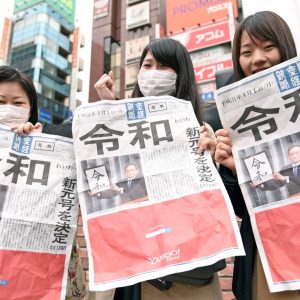 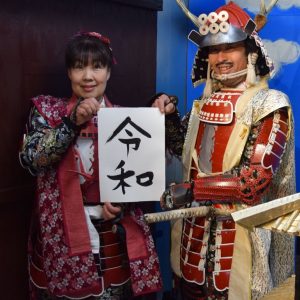 On the day the government announced the name of the new imperial era on on Monday, April 1, people all around Japan gathered in major spots like Tokyo’s Shinjuku area, standing together in front of big screens to witness Chief Cabinet Secretary Yoshihide Suga announce “Reiwa.”

People wrestled to get copies of the day’s newspapers as memento and “proof of history.” Some were seen happily clutching crunched-up front pages of The Sankei Shimbun, for example, which released an extra 6,000 copies distributed in seven places around Tokyo.

There were businesses printing t-shirts, artists doing calligraphy, school children writing out the new characters of the new era. New era candy, cupcakes, and even Coca-Cola Japan suddenly produced with quickly-finished New Era labels. The 2,000 bottles  produced for the occasion were distributed at Tokyo Shinbashi, and were gone in less than an hour.

At Yokohama Hakkeijima Sea Paradise, there was even a South American Sea lion by the name of Leo who, with the guidance of instructors, wrote out the calligraphy for the name. Some people — who were lucky enough to be born on that day — were able to receive calligraphy written by the Sea Lion!

The era of Reiwa is set to begin on May 1, when Crown Prince Naruhito will become Japan’s new emperor.

The era’s name was taken from a Japanese work of poetry for the first time, instead of from a Chinese one. Reiwa is formed by two characters which are translated roughly as “majestic harmony.” Its historical roots are found in the Manyoshu, the first vernacular Japanese poetry collections which date back to the 8th century.

The name of the new era was greeted with particular anticipation because, in addition to being a practical method of counting the years, it holds cultural significance in the minds of the Japanese. Much in the same way appellations such as “the swinging sixties” immediately recall images of that time, when the name of an imperial era is mentioned in Japan, vivid historical and cultural images come to mind.

The announcement also was different this time because of the impending abdication of the current emperor, producing complex feelings of nostalgia and anticipation among Japanese. Many commentators at major events, such as the March Sumo tournament in Osaka, marked the occasion by saying this would be the “last of Heisei.”

In a fitting fashion, people in Japan greeted the era name with different reactions.

Tokyo Governor Yuriko Koike said of the new era name, “These are two characters where one feels the hope.” She expressed anticipation for the Tokyo Olympics and Paralympics, which will be held in the second year of Reiwa.

Abroad, the reactions were also mixed. In China, the fact that the Japan had a new era became a key word in the search engines. The headline of a newspaper there declared: “The traces of China can’t be erased,” arguing that there were still Chinese influences in the poem chosen as the basis for the era name. The Chinese Foreign Ministry refrained from making a comment, stating that it was a Japanese domestic affair.

In Korea, the left-wing online publication Hangul commented that “it appears as if the conservative colors of the Shinzo Abe administration can be seen in the birth of the new era.” An article trending online from a different publication focused on the positive, saying it “hopes that relationships between Korea and Japan will improve with the Reiwa era.”

CNN quoted Jeff Kingston, a longtime Japan critic who took the opportunity to bash the choice of era name. He said it reflects the political rightward tendency of the times, and that selecting the name from a Japanese text instead of a Chinese one “is clearly a dog whistle to his (Prime Minister Abe’s) conservative constituency."

The Japanese Foreign Ministry, taking note of the varied and not always accurate foreign translations of the new era’s name, released a statement to clear up the issue. It announced that the official translation would be “beautiful harmony.”