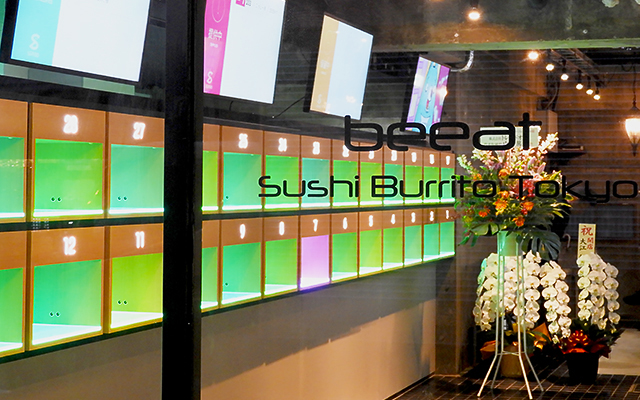 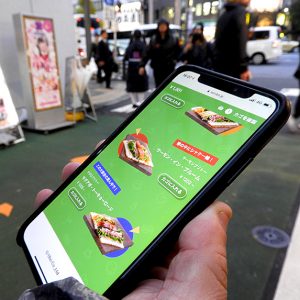 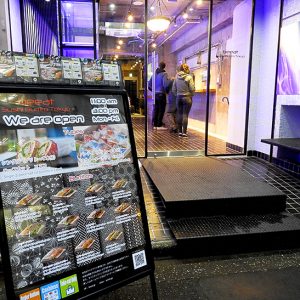 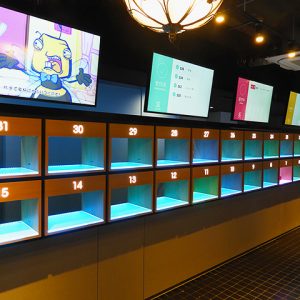 Once upon a time, a burrito fell in love with a sushi maki roll and they had a beautiful baby called the sushi burrito.

Born in the West Coast, she quickly became the darling of foodies and headed East to other cities in the US, then onwards to Europe, the Middle East and Australia. Now, at the Easternmost point of her journey, she has, at long last, an opportunity to discover her mother’s homeland here in Japan.

With the launch of beeat Sushi Burrito Tokyo in November 2018, the sushi burrito has finally found its first specialty shop on Japanese shores. However, it wouldn’t be fitting for such a fusion child of the 2010s to make her appearance in a conventional way. Thankfully, the inventive folks at UBO Co., Ltd. found the perfect setting for her Japanese debut: the heart of Japanese subculture, Akihabara.

With its rows of square lattice shelves brightly lit up in neon colors, numerous television monitors, and a narrow counter on the opposite wall, beeat Sushi Burrito Tokyo’s interior looks less like a conventional restaurant and more like a night club or a pop-up boutique.

beeat Sushi Burrito Tokyo wants to use technology to create a stress-free experience for their customers. Lunchtime on weekdays in Tokyo can be stressful, especially for popular shops, since it involves waiting in long lines and sometimes fiddling around with ticketing machines.

By focusing exclusively on online ordering, they can ensure that customers won’t have to wait and can pick up their order and be on their way. (Although other times and days may be added later, for the time being, they are focused on lunch, offering their tasty sushi burritos from 11 am to 3 pm on weekdays.)

The rest of the article can be viewed on our partner’s website, grape Japan at ”beeat Sushi Burrito Tokyo Serves Delicious Sushi Burritos To Go In A Futuristic Setting“