Beginning of a New Era: Naruhito Becomes Emperor of Japan 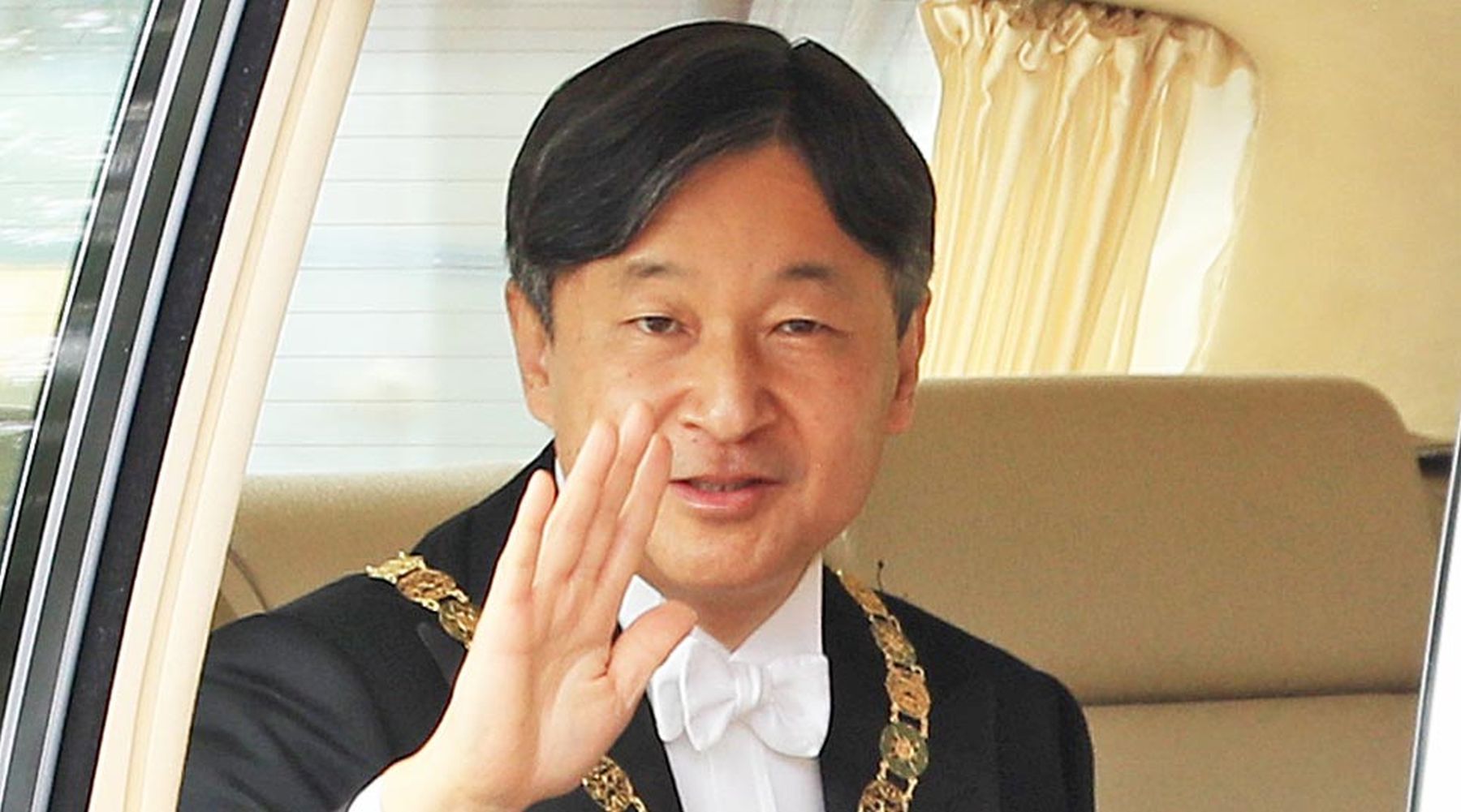 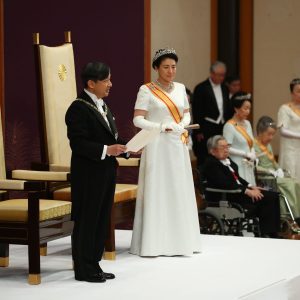 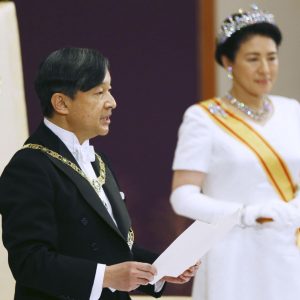 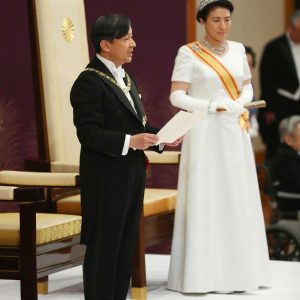 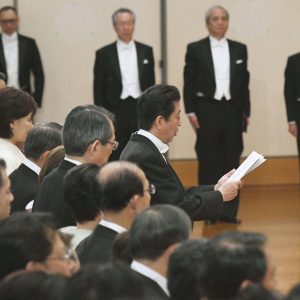 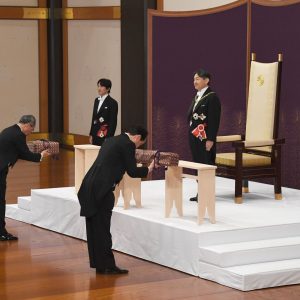 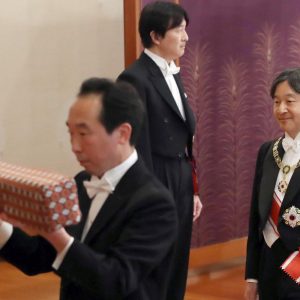 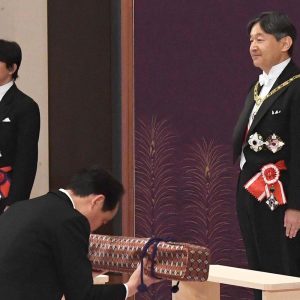 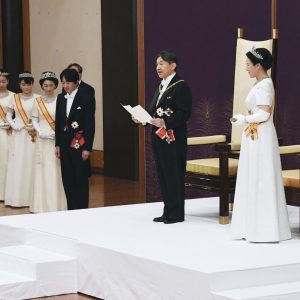 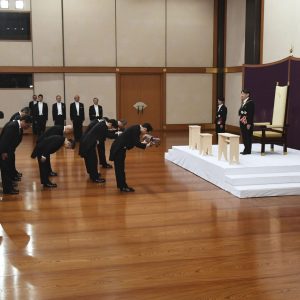 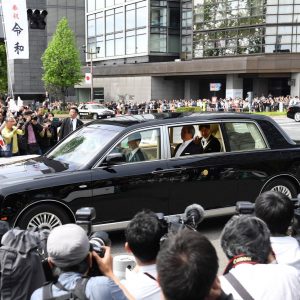 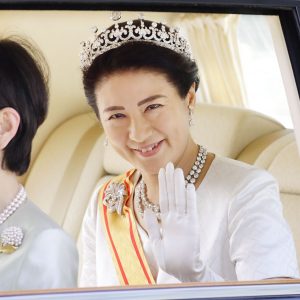 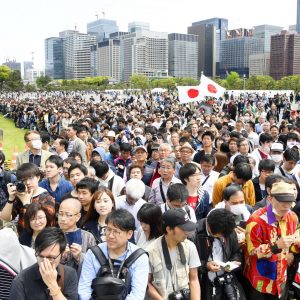 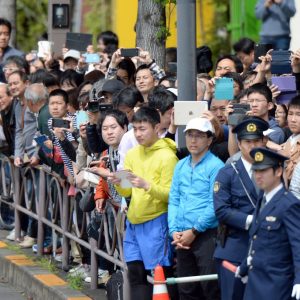 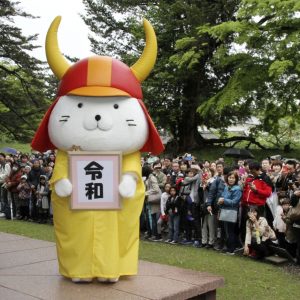 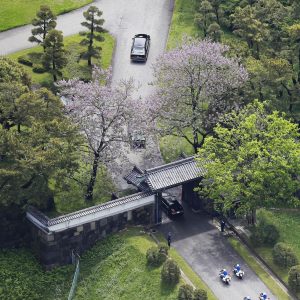 On the morning of May 1, Crown Prince Naruhito officially ascended the Chrysanthemum Throne and became the Emperor of Japan, marking the beginning of the new Imperial era of Reiwa.

The process was divided into two parts, both taking place in the Hall of Pine, called Matsu no Ma. First, just after 10:30 in the morning in a ceremony called Kenji Tou Shoukei no Gi, the new Emperor received two of the Imperial Regalia – the jewel and the sword- as well as the State and Privy seals which evidence his right to reign and are used on official documentation.

In a ceremony which lasted barely six minutes, during which nearly all of the movement was actually performed by Chamberlains carrying the Imperial Regalia and seals, Naruhito officially became the monarch of Japan. This ceremony was attended by very few people. Among the few, Crown Prince Akishino and Prince Hitachi attended as members of the Imperial family, and Prime Minister Shinzo Abe was present together with his cabinet representing the government of Japan.

Within the Imperial family, only adult males are allowed to attend, so the ascending Empress Masako was not present. However, there is one woman in Prime Minister Abe’s cabinet, Minister Satsuki Katayama, and she was allowed to attend, making her the first woman to witness this ceremony in modern history.

Masako, the new Empress of Reiwa, joined her husband for the second ceremony which started at 11.10 A.M. It was in this ceremony that, for the first time, Emperor Naruhito addressed the representatives of the Japanese people in his position as Emperor. The ceremony, called Sokui Go Chouken no Gi, was attended by 266 people including Prime Minister Abe, all members of his cabinet and the regional representatives of government.

His speech went as follows:

I have hereby succeeded to the Throne pursuant to the Constitution of Japan and the Special Measures Law on the Imperial House Law.

When I think about the important responsibility I have assumed, I am filled with a sense of solemnity.

Looking back, His Majesty the Emperor Emeritus, since ascending to the Throne, performed each of his duties in earnest for more than 30 years, while praying for the world peace and the happiness of the people, and at all times sharing in the joys and the sorrows of the people. He showed profound compassion through his own bearing. I would like to express my heartfelt respect and appreciation of the comportment shown by His Majesty the Emperor Emeritus as the symbol of the State and the unity of the people of Japan.

In acceding to the Throne, I swear that I will reflect deeply on the course followed by His Majesty and bear in mind the path trodden by past emperors, and will devote myself to self-improvement. I also swear that I will act according to the Constitution and fulfill my responsibility as the symbol of the State and of the unity of the people of Japan, while always turning my thoughts to the people and standing with them. I sincerely pray for the happiness of the people and the further development of the nation as well as the peace of the world.

59-year-old Naruhito, after thanking his father Akihito for having prayed for the souls of Japan, iterated how he wishes to carry out his responsibilities as symbol of Japan. He closed by expressing his wishes for peace in the world.

Prime Minister Shinzo Abe replied with a short speech, expressing his thanks to the Emperor for being a symbol of Japan, and forwarding his best wishes for a Japan filled with hope and prosperity in the new Reiwa Era. He declared:

In a period of peace and brimming with hope, we are determined to create a future which Japan can be proud of, a society where people live together in beautiful harmony, and an era where culture can prosper.

Naruhito has always expressed interest in the issue of water, and as both he and his wife Masako studied overseas it seems plausible that they might be monarchs with a more international dimension than their predecessors.

Unlike previous ages, this transition into a new era provides an upbeat chance for Japanese to celebrate the end of the Heisei era. In the early evening of April 30, as the exiting Emperor Akihito abdicated the Chrysanthemum Throne just before the accession of his son, there was a feeling of anticipation compounded by a celebratory atmosphere.

People gathered outside the Imperial Palace despite the rain in central Tokyo. Even the Tokyo Metro had a celebratory message on the morning of May 1 to welcome everyone to the new era. Perhaps intentionally, this historical moment falls during this year’s extended Golden Week holiday.

The rituals for this historic event have their roots in ancient texts on the origins of Japan. These texts record that the goddess Amaterasu Omikami sent her grandson from the heavenly realm down to earth. Ever since, their descendants, including the present emperor, have ruled on the Chrysanthemum Throne.