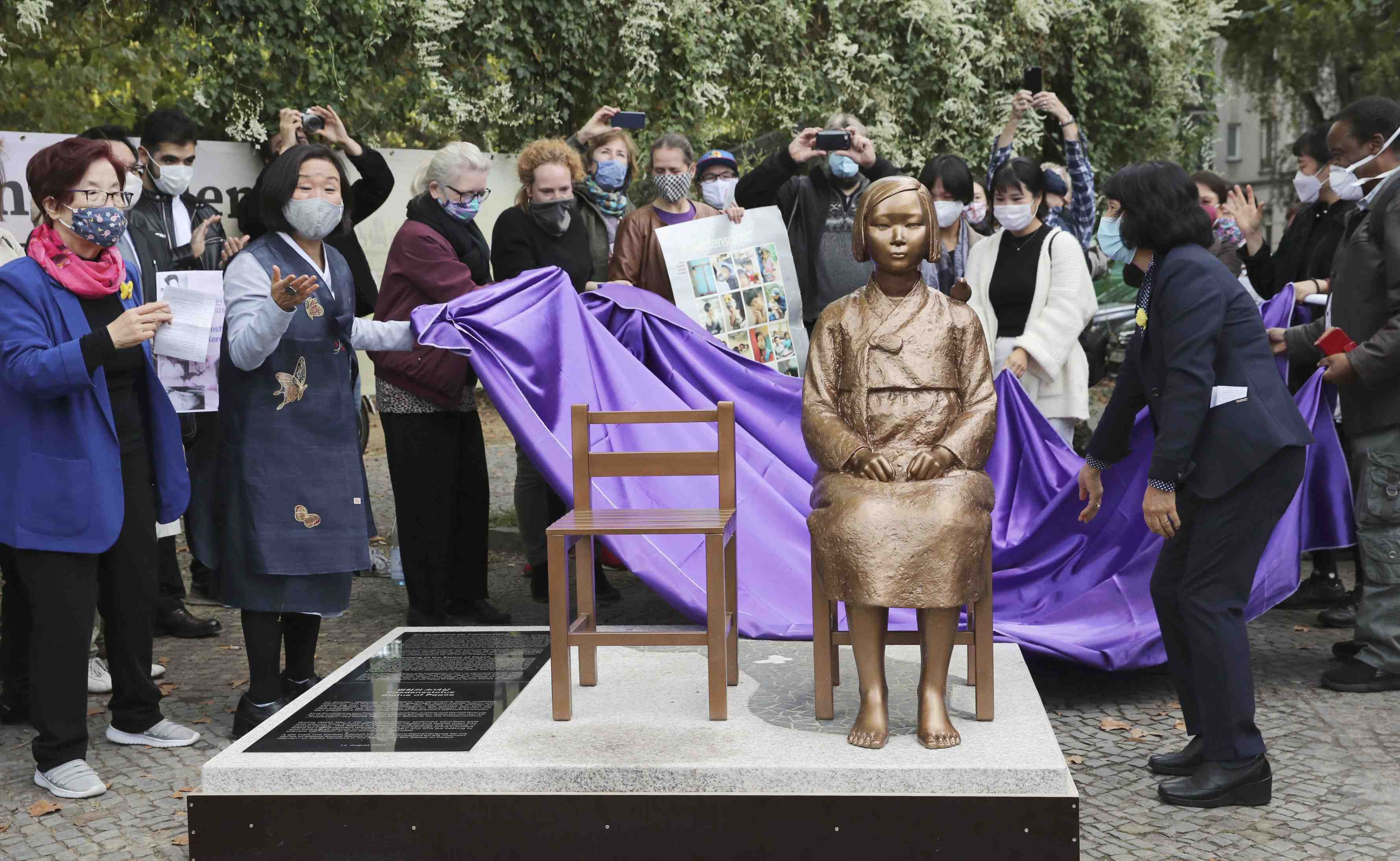 The Mitte district in Berlin has rescinded approval of a Korean comfort woman statue that was unveiled in the city last month.

The German district announced the withdrawal on October 8, and has asked the pro-South Korea civic group involved in the installation of the statue to remove it by October 14.

The Japanese government was influential in the decision. It politely told Mitte about the final and irreversible agreement on the comfort women issue that was reached by Japan and South Korea in 2015.

The local government decision was well considered. However, South Korea operates in sophisticated ways. It is vital that Japan maintains a persistent approach concerning the comfort women issue.

The application to install the statue was made on the grounds of it being art, according to Mitte District Mayor Stephan von Dassel. The mayor added that the statue was a protest against sexual assaults on women during wartime.

However, as something that “only focused on the Japanese military’s behavior during World War II,” von Dassel pointed out that the statue has caused annoyance across Japan and Berlin. The mayor added that the Mitte district should avoid showing one-sided support in a historical disagreement involving two countries.

German authorities are powerful. In this particular case, Japan’s Foreign Ministry had to explain the agreement between Japan and South Korea – as well as Japan’s stance – on several occasions to both the German government and the Mitte district, with the aid of the Japanese Embassy in Germany.

There were also some “errors made by Japan’s opponents”. A South Korean support group that contributed toward the costs of producing the Berlin statue allegedly had suspicious accounting procedures, causing alarm across the globe.

It is thought that Japan included this point in its explanations to the German authorities.

Moreover, Foreign Minister Toshimitsu Motegi asked German Foreign Minister Heiko Maas to remove the statue in a telephone conversation on October 2, stating, “it is inappropriate to have a statue like that in a city like Berlin, which was born out of the divide between East and West, and which has a diverse population.”

Maas is thought to have replied positively, saying he understands Japan’s strong concerns. On October 9, Motegi told The Sankei Shimbun that “(Germany) has taken appropriate action. Which is something I welcome.” 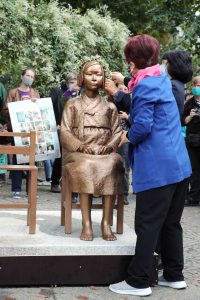 Recently installed ‘comfort women’ statue in Berlin will be removed.

If the comfort woman statue in Berlin is removed, then this will be the first removal from a public space since the one in Manila in 2018. The Abe administration placed emphasis on diplomatic efforts to raise awareness of the historical facts, and the Suga administration is continuing that trend.

On this occasion, the Foreign Ministry and the Prime Minister’s Office worked closely together as they took action. In addition, this time the Foreign Ministry avoided releasing details of Motegi’s communication with his German counterpart. It did not want South Korea to detect Japan’s initiative and interfere with it as a result.

In the words of one Foreign Ministry senior official, South Korea “moved with stealth” prior to unveiling the statue, in order to keep Japan from becoming aware of it. For example, information about the unveiling was not released until the very last minute.

Removing statues from private land is difficult, and in certain areas occupied by large numbers of Korean residents, it can be difficult to communicate with local authorities.

The Japanese government must continue to strengthen the way it communicates its positions with the rest of the world.