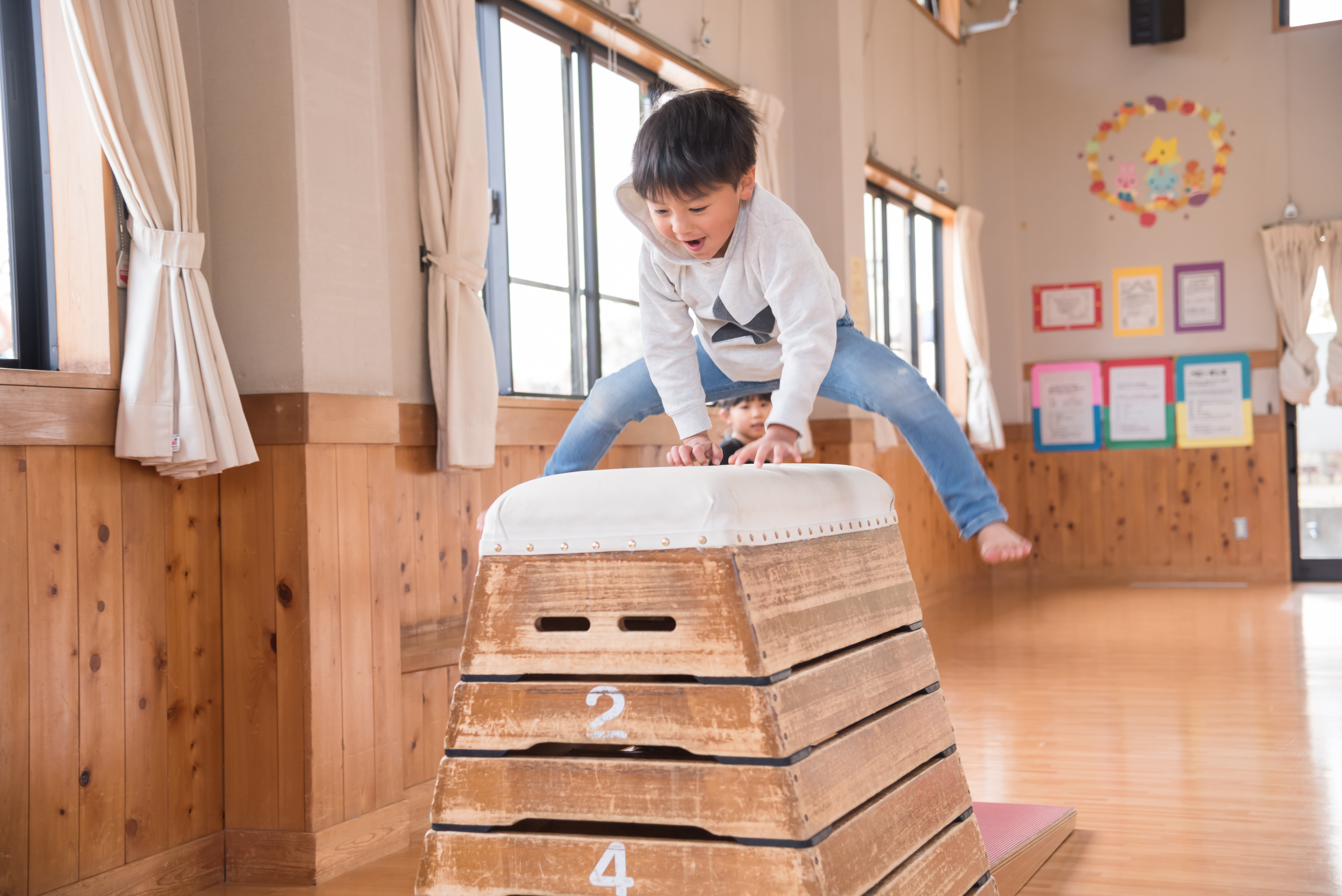 It’s a quiet morning just like any other. The birds are chirping, the sun is shining, tranquillity is in the air – that is until I approach the entrance to kindergarten.

Cheers of “ŞEN SENSEI” erupt as the children see me for the first time in a month. Nothing wakes you up in the morning quite like kindergarten.

Kindergarten in Japan is called yochien. It is perhaps one of the most important parts of Japan’s education system as its where children start to learn a structure that they will continue throughout their school life.

There are three kindergarten schools in my village and I visit each of them once a month. On a typical day in kindergarten, I will teach two classes – one for 4-5-year olds and one for 5-6-year olds, each for a 30-minute lesson. Once the lesson is over, I have lunch with the children and then we usually draw or play with Lego until they go home at 1pm.

One of the things I enjoy most about teaching in kindergarten is that the children’s personalities really start to shine through at this age. They are just so excited to communicate with me despite our language barrier. Throughout the morning, they usually bring me random objects and ask me what the name is in English.

Another thing that makes kindergarten great is the bottomless tea and coffee that I receive along with a pile of snacks. The Eigo no sensei (English teacher) gets treated exquisitely well in kindergarten.

When its lesson time, I start each class by teaching a new English song. Now anybody who knows me knows that I am not the most musically gifted. But after seeing how excited the students get after learning a new song – and actually remembering them months on – songs have become one of my favorite things to teach.

When I first started teaching kindergarten, finding the right songs, or should I say finding the right versions of songs to teach was a challenge. Every kindergarten has a CD with English nursery rhymes that we all know and love, but sometimes the versions are a bit too funky. So I always try to find a better version online.

Popular hits that you will hear the children sing with me include Head Shoulders Knees and Toes, BINGO and Sing a Rainbow. The rainbow song was so successful that the teachers complemented me by saying that I taught the children beautifully. They even asked me to bring back the song for the last lesson of the school year.

Now flashcards on their own can be a mind-numbing way to learn. So, I often think of new ways of introducing them on the spot to keep the class’s attention. Once I feel the class has a general recognition of the new words, we play a game so they can digest the new vocabulary while having fun.

One of the more popular games in the classroom is “karuta” where the students are put into small groups and each given a set of flashcards with the new vocabulary on each one. I then call out the new vocabulary one at a time and the students have to compete to pick up the right one first. Once they pick up the card, they have to call out its name and show me the card so that I can check they have the right one.

There are times when two students get the correct card at the same time. When this happens, the students play junken (rock, paper, scissors) to determine the winner.

Junken is the ultimate decider in Japan. The victor cheers, the looser acts like it’s the end of the world for 5 seconds and then everyone moves on. If only all of the world’s problems could be solved with rock, paper, scissors!

“Fruit basket” is another great game. In this one, the students sit on their chairs in a circle and each hold a flash card with the new vocabulary on it. One student will stand in the middle and choose one of the new words to call out. The students that have the same card as the one called then have to go and find another chair, leaving someone else in the middle to call out the next word.

The person in the middle also has one extra trick up their sleeve. They can call out “fruit basket”, which means everyone has to get up and find a new chair, no matter what their card is. I’m sure you can picture the (organized) chaos of 20 or so 4-5-year olds running to get to a new chair.

When lunch times comes, it is just as fun as the lesson itself. The teacher picks a different table for me to sit with the students each time. But wherever I sit, I still engage with all the students and we laugh from start to finish.

In kindergarten, the students bring their own bento boxes for lunch which have been expertly crafted by their parents. Some of the student’s bento boxes can only be described as art. The parents go to great lengths to make the most perfect looking and of course healthy bento boxes for their children.

It’s always a big deal when I go to open my bento box. The children look over in anticipation and the teachers always asked me if I cooked it myself. One of the funniest memories for me is when I opened my bento and a student shouted, “barbecue chicken oishi (delicious)!” not knowing that it wasn’t barbecued, I had just actually burned the chicken in my frying pan.

To put it simply, teaching in kindergarten is a joy. What makes it even more special is that every April, the oldest class leaves kindergarten and moves up to elementary school. And I get to teach the same students again.

Kindergarten in Japan has impressed me so much that I would go as far as to say I would like my own children to experience it one day. The only difficulty I will have is making my child’s bento box look as glamourous as the rest of the kids in the class.

In the next article in this series, we will talk about elementary school – where students will spend the majority of their school life and start to learn English more formally.