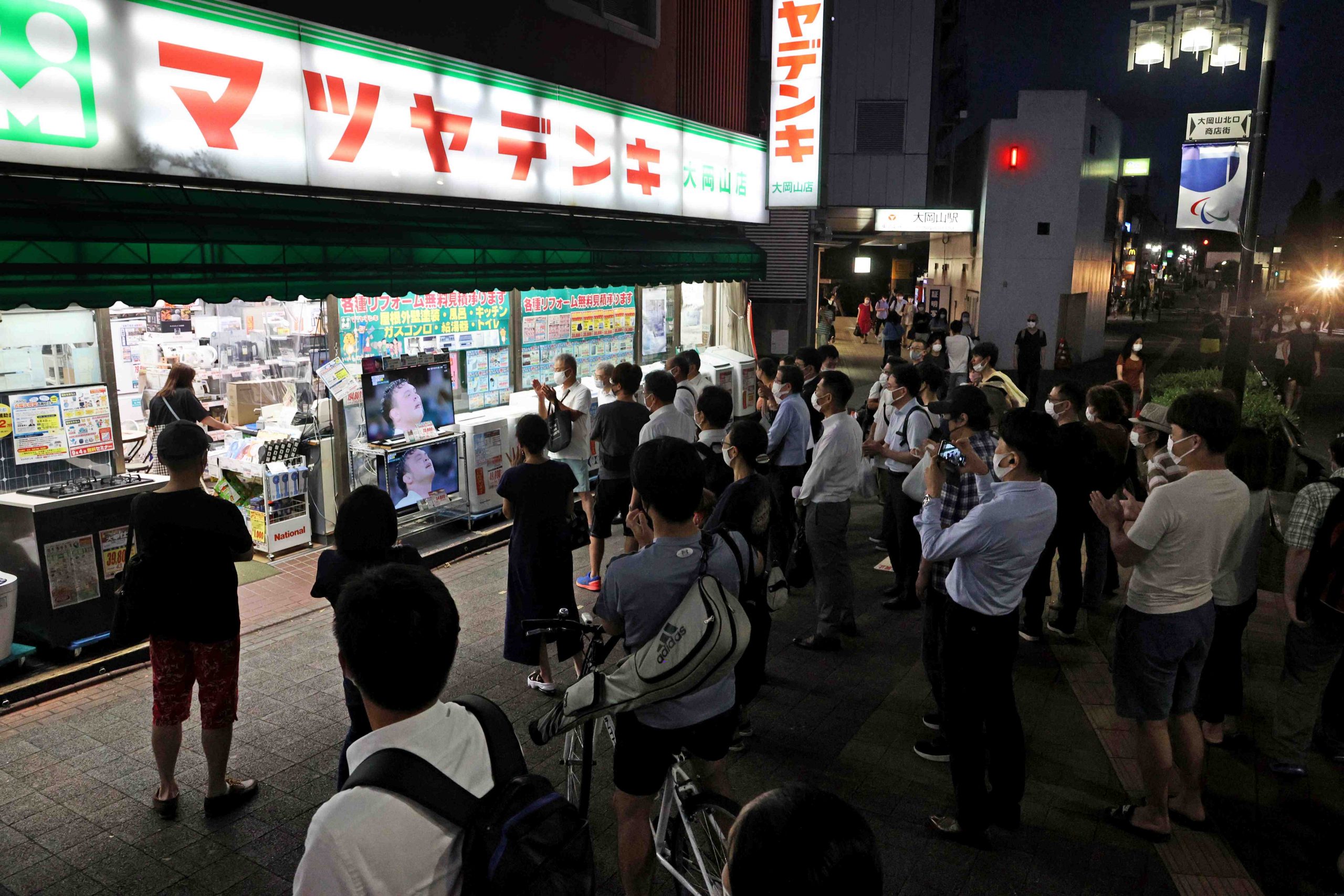 People watching the Olympic Games on a TV screen outside an electronics store in Ota-ku, Tokyo (photographed by Hideyuki Matsui) on the afternoon of July 29, 2021.

On the night of the 29th, as the final match of the men’s judo 100-kg class competition was broadcast on TV, approximately 40 people gathered in front of an electronics store in front of Tokyo’s Ookayama station (on the border of Ota-ku and Meguro-ku). A big sigh could be heard as the informal gathering, including office workers returning from work, looked on.

Then, suddenly applause and cheers went up as the scene of Japanese judoka Aaron Wolf’s ippon win over South Korean rival Guham Cho played over the shop’s big TV screen.

A 70-year-old man from Ota Ward, who was watching the game, said, “I was applauding when the gold medal was decided. It was good to be able to share my feelings with the other people standing here watching.”

Then, for the athletes sake, he added with a smile, “We want you to be confident.”

(Read The Sankei Shimbun story in Japanese, at this link.)