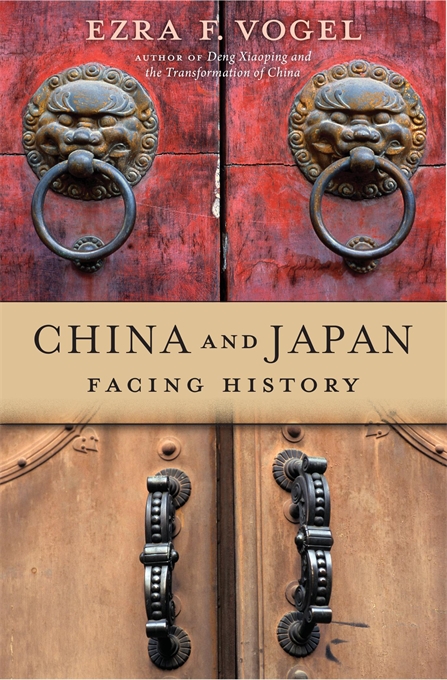 When I requested a review copy of this book, I expected something rather similar to Japan As Number One — relatively short, journalistic, and focused on how history impacts on contemporary Japan-China relations. What I received was a 523-page book with a narrative starting in the 7th century.

Because of length constraints, this review will focus on the chapters dealing with the 19th century opening of Japan to the present.

The story of 19th century China-Japan relations is largely one of rivalry for control of the Korean peninsula and nearby territory. Vogel’s interpretation is balanced, the narrative lucid. He stresses that Japan modernized more rapidly in both civil and military terms than did China because the Japanese were more open to learning from other countries, and more willing to discard dysfunctional institutions and behavior.

Chapter 5, “Japanese Lessons for a Modernizing China, 1895-1937” (written jointly with Paula S. Harrell), takes up an aspect of China-Japan relations that seems to be largely unknown among non-academics with an interest in either country: many of the most powerful people in early 20th century China studied in Japan, or in Japanese-run schools in China.

After this generation died off in the 1980s, China had essentially no leaders with direct knowledge of Japan. Vogel sees the disappearance of this cohort as a factor in the deterioration of China-Japan relations in the 1990s.

The Colonization of Taiwan and Manchuria

Chapter 6 is a good antidote to common assertions about the “brutality” of Japanese colonization. The Japanese colonization of Taiwan was benevolent in comparison to European colonial regimes, and few Taiwan Chinese harbor ill feelings toward Japan. Some major political figures have even been embarrassingly pro-Japanese, a stark contrast with the Korean case.

Manchuria, although not strictly speaking a colony, was a Japanese-dominated client state, and again relative to European patterns, it was benevolently administered. Chinese from this region hold relatively pro-Japanese views, with some Chinese cities in the region subsidizing the study of Japanese to provide a pool of Japanese-speaking Chinese that will attract Japanese companies.

This largely unknown aspect of Japan in China was brought home to me at a personal level one semester when I was teaching Japanese political history at Waseda University. In one of my lectures I showed slides of various Japanese projects in Manchuria, including the capital that had been constructed on a greenfield site.

Three Chinese women in the class volunteered that they were from Changchun (Shinkyo, or New Capital, as it was named by the Japanese). I asked them what contemporary Chinese in the area thought about Japan and was surprised by their reply. All three agreed that many people thought the region was better off under Japanese control because of the extensive Japanese investment in modern infrastructure, whereas Beijing has allowed the region to become a rustbelt.

Chapter 7, jointly authored with Richard Dyck, is a largely conventional narrative on the lack of coherent political leadership that prevailed in both countries between 1911 and 1937. Once again, Vogel stresses the role of Japanese-educated Chinese. It is one of the singular failures of Japanese policy that it did not make better use of these Chinese.

Chapter 8 should be available in stand-alone form. Vogel deals with issues such as the “Nanjing Massacre” the way they should be dealt with: by citing people who were there and the top scholars who have worked with original sources from this period. That means Hata Ikuhiko, a “conservative” scholar dismissed by contemporary leftists, despite the fact that it was Hata who documented that there had been a massacre and, in so doing, gave the lie to the claims of Nanjing deniers.

Similarly, Vogel cites the German John Rabe, who was in Nanjing during the Japanese military takeover. Rabe was frequently cited by Irish Chang and her book The Rape of Nanking: The Forgotten Holocaust of World War II, but only when it suited her convenience. She ignored Rabe’s much lower casualty estimates and his criticism of exaggerated and fanciful claims by Chinese propagandists, claims that Iris Chang blindly accepted and that have become part of the mythology about what happened at Nanjing in 1937.

By simply ignoring Iris Chang, Vogel deserves no small measure of praise. He also deserves praise for noting that the most brutal Japanese tactics in China were quite similar to those the U.S. used in Vietnam.

The Collapse of the Japanese Empire and the Cold War

Chapter 9, covering 1945-1972, has several notable themes beyond the basic narrative of this period. One is the large number of  civilian Japanese living abroad in Japanese-controlled areas. Another is the “narrowing of Japanese identity.”

It is hard to find anything written on contemporary Japan that does not trot out clichés about Japanese belief in cultural, ethnic, or even racial homogeneity.

As Vogel points out, such notions are postwar. The Japanese empire was, by definition, multicultural, multi-ethnic, and, with the establishment of Manchuria, multi-racial.

This aspect of Imperial Japan was even enshrined in the Japanese-written constitution of Manchuria and the slogan “Five Races Under One Union.” Taiwanese and Koreans had citizenship in Imperial Japan and could move relatively freely to Japan itself, something not common in European colonial regimes.

This chapter also offers a detailed narrative of how Japan’s China policy was influenced by U.S. policy, then upended by Nixon and Kissinger. This U.S. role has emerged as an issue once again, with mostly leftists pundits questioning the validity of the 1965 Treaty on Basic Relations between Japan and South Korea on the grounds that it was an “unequal treaty” because Japan was economically stronger, and because the U.S. pushed Korea into a settlement with Japan for the convenience of the U.S.

The following chapter, “Working Together, 1972-1992,” is a good reminder of how the Chinese leadership of this period were less ideological and more pragmatic than those who followed, at least with regard foreign policy issues.

Vogel draws heavily on his biography, Deng Xiaoping and the Transformation of China, and again stresses something that is relatively little known outside of specialist circles. Japan provided a high level of direct and indirect aid to China involving factories, technical personnel, and cash grants. Japan also invested in Australia for the benefit of China. This was reparations in fact, if not in name.

During this period there were many Chinese translations of Japanese books, and Japanese films and television programs were popular in China. Compared to the 1990s and afterward, “the years from 1978 to 1992 constituted a golden age of political cooperation, cultural exchange, expanding economic connections, and people-to-people exchanges.” (p. 351)

According to Vogel, despite some friction — such as the 1982 flap caused by bogus reports in the Asahi Shimbun about how Japanese school textbooks were going to treat Japanese military activities in 1930s China — during the 1980s China was closer to Japan than to any other country.

The Deterioration of Sino-Japanese Relations, 1992-2018

Chapter 11 describes the era best known to contemporary pundits who frequently write as though, as a result of the 1930s-1940s legacy, postwar China-Japan relations have always been bad as they are now.

These pundits ignore Japanese attempts at better relations, including the 1992 visit of Emperor Akihito to China in which he explicitly apologized for the period in which “Japan caused the Chinese people to live in dire misery, about which I feel deep regret.” (p. 357) Numerous other expressions of regret, remorse, and apology, several of which Vogel takes up, have also been ignored.

The book documents the degree to which Chinese regimes in this period deliberately fostered anti-Japanese sentiment in the schools through a “Patriotic Education Campaign.” Films focused on real — and alleged — Japanese atrocities.

Vogel observes, “Some of the strongest expressions of anti-Japanese sentiment since the mid-1990s have come not from the elder Chinese generation that had experienced the Japanese occupation but from young people who had received a patriotic education.” (p. 369) Contrary to common assertions about Chinese views of Japan being the natural consequence of Japanese depredations against the Chinese people, they are the result of an explicit Chinese government program that nurtured anti-Japanese sentiment.

In addition to the narrative chapters, the book has a section “Biographies of Key Figures” that lends itself to casual, episodic reading.

I was not particularly taken by Vogel’s Japan as Number One, a more journalistic volume prone to glossing-over structural weaknesses in Japan. I thought that this book might be more of the same, but I ended up rather liking it.

The date of publication means that the Trump impact on U.S.-China-Japan relations is not taken up by Vogel. How this will play out is, of course, impossible to know. Given the volatility of Trump, it may well be for the best that Vogel’s narrative ends where it does.

Finally, it is worth noting that, as of this writing, Ezra Vogel is 89. In his 8th and 9th decades he has produced two major academic works. Many academics fail to produce as much even during their productive peak years. I am one of those academics, but since I am “only” 73, perhaps there is still hope for me.

In any event, this book is a good and worthwhile read, and I hope there will be still more from Ezra Vogel, a casual acquaintance since the 1980s.

To Purchase the Book: From the Publisher’s website, here; or from Amazon, here.