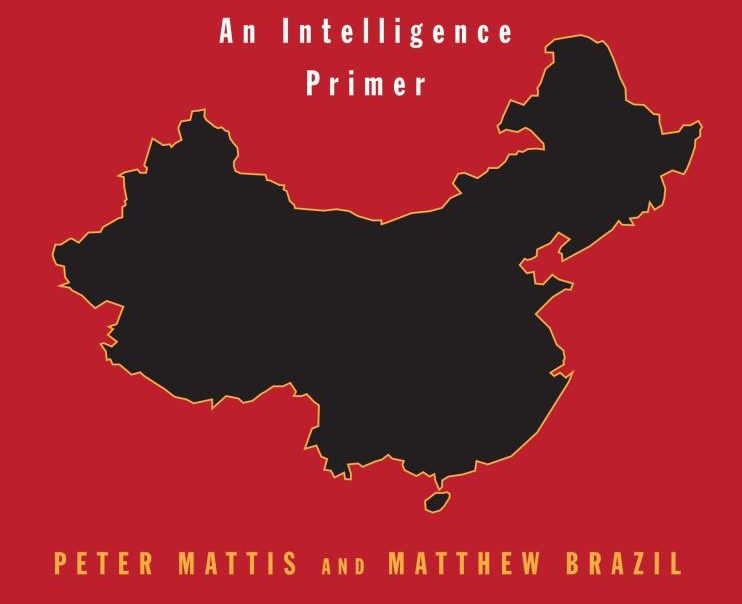 In January of this year, Mitsubishi Electric and NEC, both of whom do classified defense-related work for Japan’s Ministry of Defense, separately announced that they had come under major cyberattacks, presumably from China, and that certain information may have been compromised.

These and similar attempts at the theft of classified information have been increasingly reported from other technologically sophisticated states as well. They focus attention on the issue of Chinese espionage, and add to the importance of Mattis’ and Brazil’s work.

The authors trace the beginnings of Chinese Communist intelligence operations to the very beginning of the Chinese Communist Party (CCP). Espionage was integral to its struggles against the then-Chinese government of the Kuomintang (KMT) of Chiang Kai-shek and the Japanese occupation. Infiltrating these entities, and guarding against being penetrated by them, was risky business.

A Century of Spying

Intelligence officers and agents who were successful in gathering enemy secrets did so in part by cultivating contacts with the other side―and those who knew them best, including liars, thieves, smugglers, drug dealers and traitors. The loyalty of those who risked their lives―and those of their families―to do so was constantly under suspicion.

Defections from one side to another were common enough to justify these fears. But, as the authors point out, Mao was at times paranoiac, resulting in grievous harm to those who were loyal. In one striking example, senior official Pan Hannian was disgraced in 1955 after confessing he had met―in 1943―with Wang Jingwei, leader of the pro-Japanese anti-Chiang Kai-shek government based in Nanjing. Between eight hundred and a thousand CCP intelligence officers were demoted, dismissed, or imprisoned in a purge ordered by Mao. Many years later, Pan was cleared of all charges and rehabilitated; others were not so fortunate.

As the Japanese prepared to invade China, Macau―then a Portuguese colony―became an important center for the collection of intelligence. The Japanese government invested in Macau, posting intelligence officers under commercial cover. In May 1935, news reports circulated that Tokyo had offered Lisbon the then-astounding sum of $100 million USD to buy the less than 45 square mile property, presumably for use as a military base.

For whatever reasons, Lisbon was not interested in selling, and preferred to remain neutral. By the time that Japanese forces reached southern China in 1938, a Portuguese report described the colony as a center for Japanese espionage and Chinese counter-espionage.

The report described Japanese soldiers as patronizing Macau hotels, restaurants, and gambling houses without paying. The Kempeitai (army secret police) maintained a strong presence, while Japanese forces controlled movement in and out of the territory.

Even so, Japan mostly respected Macau’s neutrality. The Portuguese colonial administration remained intact, the British consulate continued to function, and hundreds of thousands of refugees were able to pass through its borders.

Despite the hostile environment, CCP agents found ways to carry out operations, with the aforementioned Pan Hannian running all communist espionage activities in Japanese-occupied China. Pan instructed a medical doctor who was also an agent to move from Hong Kong to Macau, where he successfully recruited several Macau businesspeople to the CCP cause.

When the Japanese army arrived in 1938, communist guerrillas began operating in the region. They maintained clandestine radio stations in Macau and Hong Kong in the then-rural New Territories. Japanese authorities were unsuccessful in their efforts to locate the Macau station, which stayed on the air until the end of the war.

After 1939, Pan reported to the CCP base at Yan’an in northwest China, where a brutal “traitor weeding” campaign tried to identify and eliminate suspected enemy agents in the base area. As the authors point out, Trotskyists were a priority, but both Japanese and KMT intelligence operatives had also penetrated the Yan’an base area.

CCP spying against Japan did not end with the Japanese surrender. The desire to acquire advanced Japanese technology and commercial information must have driven many Chinese intelligence operations, yet Mattis and Brazil have little to say about it thereafter, possibly because Japanese authorities have been reluctant to disclose information.

The book relates a June 10, 2004 report in the Yomiuri Shimbun that Japanese security authorities estimated China had the largest number of spies in Japan―500, vis-à-vis 300 for North Korea and 150 for Russia. And the authors mention the suicide of a code clerk at the Japanese consulate in Shanghai who had been lured into a honey trap by a woman he met at a karaoke bar. Pressured by the Shanghai State Security Bureau to provide personal details on his colleagues, consular communications, the consulate’s Chinese contacts, and the schedule for diplomatic pouches to be sent back to Tokyo, the hapless clerk committed suicide. Japanese authorities did not release the information immediately, nor did they reveal the name of the code clerk.

Chinese Politicization of Intelligence – and Ways Around It

The authors are too modest in describing their book as an intelligence “primer,” given the impressive amount of research that went into it, much of it derived from Chinese-language primary sources. In essence, they have given the reader two books in one: the history and organization of the PRC’s intelligence operations, and the biographies of notable intelligence operatives.

Unfortunately, these sit uneasily with each other. Since the biographical entries are presented alphabetically, the information often jumps from one time period to another and back again, sometimes resulting in information being presented several times and interrupting the flow of the narrative. One example is “The Three Heroes of the Dragon’s Lair” that operated from December 1929 to April 1931. The careers of the agents are fascinating, with several of the dramatis personae being fit subjects for a novel or film. Indeed at least one of them―the Bernard Boursicot/Shih Peipu “M. Butterfly” affair―has been memorialized in both genres. But this biographical material might have better been presented as an appendix to the book.

Mattis and Brazil point out there is no shortage of material published in the PRC in Chinese, and also a reasonable selection from Hong Kong and Taiwan. The problem for the foreign observer is sorting the wheat from the chaff: the actual story from the frequently inflated official narrative. The authors are conscious of the need to separate the CCP’s propaganda from what can be discerned or inferred from reliable and validated data, and matters where only an informed guess is possible.

They assess the performance of Chinese intelligence during the Mao years as decidedly mixed. The current structure dates from the establishment of the Ministry of State Security (MSS) in 1983, representing a decided improvement.

Still, the language of Chinese intelligence reflects its Marxist-Leninist and revolutionary heritage. Interviews with former intelligence officials who have had routine contacts with their Chinese counterparts describe them as practical in terms of techniques and methods of acquiring intelligence, but note that they tend to filter information through a Marxist-Leninist lens. The result is that foreign targets are viewed in the worst possible light.

Since Communist ideology dictates that policy must be derived from objective and scientific laws of social-economic development, policy failures tend to be viewed as the result of external interference. Chinese intelligence services have internalized that perspective, oddly replicating, at least in part, Maoist paranoia.

The most important implication of this finding is that the intelligence analyses emanating from the Chinese system may not resemble the empirical, positivist tradition that permeates Western and Japanese intelligence. Instead, it may be politicized by emphasizing reports that reinforce a future anticipated by “scientific” Marxist analysis.

However, this is not the whole story: both the MSS and its military counterpart have demonstrated flexibility in the face of unwanted realities: there are ways around the politicization.

One former foreign intelligence official interviewed by the authors described MSS analysis as conducted by close advisors of the vice ministers and ministers from within their offices. Their findings go directly to the leaders with limited dissemination. The standing of the recipients allows more direct and truthful evaluation than would otherwise have been possible.

Chinese case officers may also ask their sources to provide assessments based on reading and interviews. This allows them to relay the information verbatim, with minimal risk to their personal political loyalty. Unfortunately, although Mattis and Brazil do not mention it, this hopefully more accurate assessment of reality does not seem to be conveyed to China’s official media, which continues to present foreign actions in the worst possible light.

The authors close with a warning to foreign visitors to China: do not imagine that you are alone. Chinese agents tracking foreigners tend to be subtle and professional, with a few exceptions―such as locally contracted thugs who carry out intimidation on behalf of authorities.

In short, unless a well-trained surveillance team wants you to know that they are watching you, you probably won’t detect them.