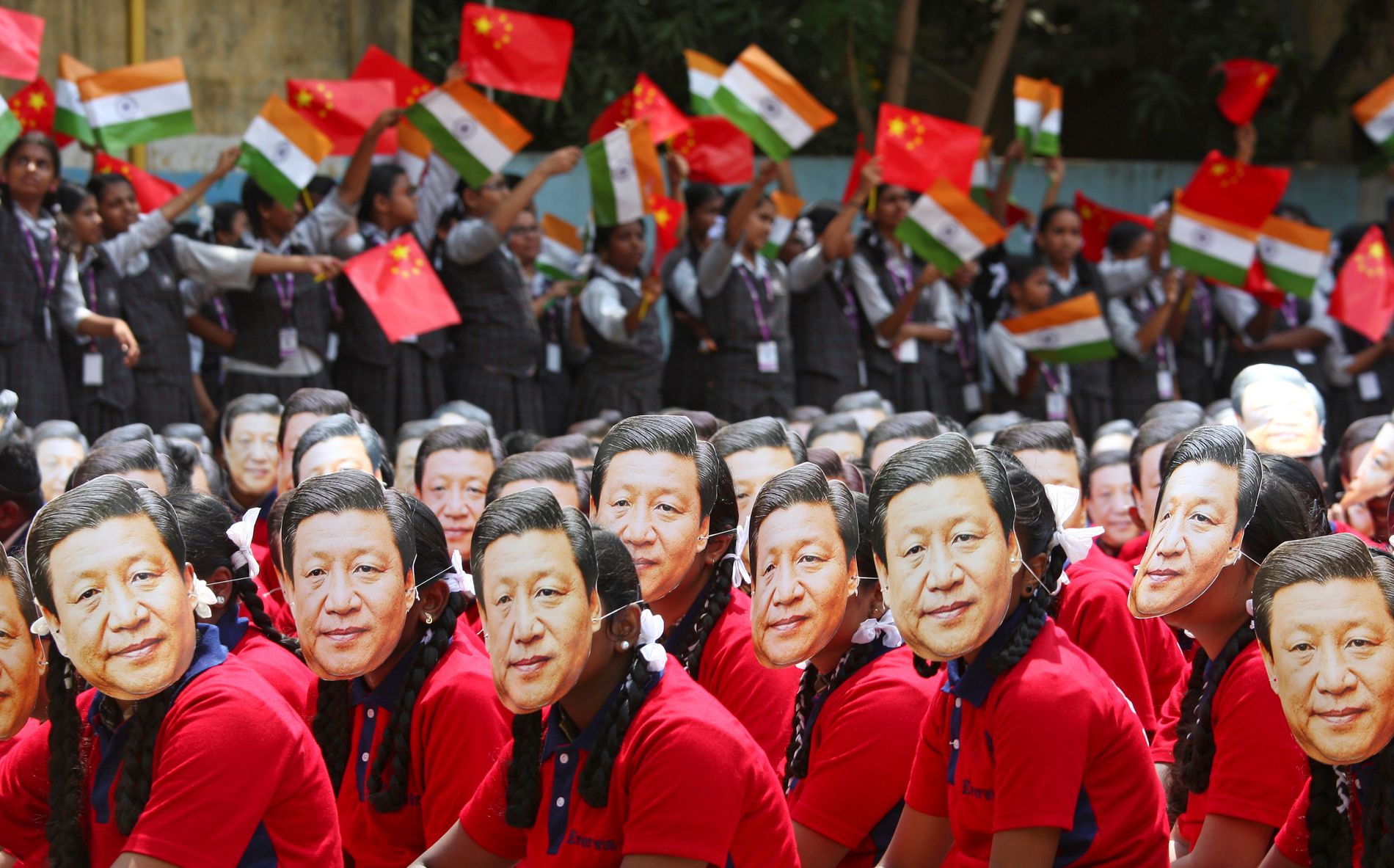 Chinese espionage activities are daily items in the press of late.

Arrests of operatives who have sold the blueprints for advanced weapons systems, hacking into classified websites, and the potential for the theft of personal data on a massive scale by allegedly private Chinese telecommunications companies cause anxiety from the highest levels of government down to the average person worried about his or her bank account. The appearance of this book is unquestionably timely.

Nearly everyone is interested in spies. Tales of international secrecy, intrigue, romance, and betrayal transport us beyond the more mundane existence that characterize most of our lives, and indeed beyond the typically more boring aspects of spycraft itself.

This weighty volume — over 500 pages — is slanted toward the intrigue aspect rather than the theory and practice of the trade. Those who are entertained by detailed descriptions of methods of torture and of salacious assignations will find them here in abundance. Interspersed among the anecdotes are passages discussing the structure and methods of Chinese intelligence organizations as well.

As implied by the title, the narrative is structured chronologically, beginning with the earliest days of the Chinese Communist Party (CCP) and proceeding through current party leader Xi Jinping’s mole-hunt and the advent of cyber warfare.

Author Faligot is best known for his 1989 work, co-authored with Rémi Kauffer, on Kang Sheng, who made contact with the Soviet Union’s NKVD while studying in Moscow in the 1930s and later oversaw the CCP’s internal intelligence for decades thereafter. Later accused of complicity in the excesses of the Cultural Revolution, Kang was posthumously stripped of his party membership five years after his death in 1975. Those familiar with the earlier Faligot-Kauffer work may find parts of it redundant with the first four chapters of this volume.

Since intelligence operations are by their very nature secretive, gossip abounds. The reader will find much of it here, with whole pages free of citations. When footnotes occur, they are too often unsatisfactory. At some times they refer the reader to Faligot’s own book; at others, they do not corroborate the statement. For example, to the statement on page 81 that Soviet military agents had difficulty obtaining copies of the major Chinese military paper Jiefangjun Bao during the Cultural Revolution, footnote 7 tells us that current copies are now readily available online.

A Little More Background with the Gossip

While rumors, particularly when they date from times so long past, are difficult to pin down, some skepticism, or at least some background, should be provided.

A case in point is Faligot’s claim that Mao Zedong was able to warn Soviet leader Josef Stalin that the Nazis were about to attack the USSR (p. 38). His evidence is that a CCP member who attended a May 1941 dinner party in honor of the German military attaché overheard Sun Yat-sen’s son say that Operation Barbarossa was about to begin.

The spy, apparently without questioning the credibility of Sun Ke’s words, then sent a coded telegram to CCP headquarters in Yan’an, and from there the message was sent to Stalin, “who was able to make preparations to prevent an even bigger disaster than the one that eventually took place that summer.”

To be sure, much gossip is exchanged at social occasions, but a number of questions arise that Faligot conveniently leaves unaddressed.

First, the united front between the CCP and the Kuomintang (KMT), founded by Sun Yat-sen, had collapsed after the New Fourth Army incident in January of 1941, so CCP members would not have been welcome at soirées hosted by the former a few months later.

Second, how would Sun’s son have come into possession of this information?

Third, why would the CCP member so readily accept the statement as true that he took the risk of transmitting the information to Mao — extremely dangerous, given the depth of hostility between the CCP and KMT at the time — who then unquestioningly sent it to Stalin.

And, finally, did Stalin believe it.

Warning Stalin — the Routes and Rumors

The answer to this last question, at least, is not in doubt. We know that Stalin was warned of the impending attack from United States President Roosevelt, who told the Soviet ambassador; from Soviet spymaster Richard Sorge; and from German defectors. But there is no evidence that he received a warning from Mao.

We also know that Stalin chose not to believe the warnings, since he reasoned (correctly in this case) that the Allies were trying to provoke a conflict between himself and Hitler, that Hitler would not want a two-front war. After all, he’d said so in Mein Kampf, and since Germany received enormous material aid from Russia, the Führer would not want to jeopardize the aid.

So, in fact, Stalin did not “make preparations to prevent an even bigger disaster than the one that eventually took place that summer.” A train with Soviet goods destined for Germany crossed the border an hour before the Wehrmacht attacked.

Another unsubstantiated and discredited “theory,” which Faligot does concede is unconfirmed speculation, is that Hua Guofeng was Mao’s biological son. The evidence for this is a document, not footnoted, circulated by a pro-Deng Xiaoping — i.e., anti-Hua Guofeng — group in 1977 that a woman named Hua Yu, who later became the aforementioned Kang Sheng’s mistress, had had a relationship with Mao (p. 102).

Tienanmen Underground and Other Contradictions

And what is one to make of the statement, again undocumented, that “if the rumors are to believed, it was on [Qiao Shi’s] orders that the security services allowed some of the leaders of the 1989 Tienanmen Square demonstrations to slip into Hong Kong?”(p. 164)

Faligot speculates that Qiao was allowing himself the possibility of switching allegiance at any moment. But surely Qiao could not have hoped, three days after the demonstrators had been forcibly cleared from the square, that the defeated dissidents now being sought by the secret police could provide him protection from any conceivable change in the top leadership.

Infelicities abound. It is misleading to refer to the Hakka as a nomadic people. Originally northerners, they fled south to escape the barbarian invasions attendant on the establishment of the Mongol (Yuan) dynasty in the 12th century and established settled communities in several provinces (p. 14).

It is anachronistic to refer to Mao’s concerns with the Taiwanese (p. 61) at a time when the island of Taiwan was ruled by Chiang Kai-shek’s mainlander clique, who were doing everything possible to suppress the Taiwanese. Jiang Qing, who would later marry Mao, was not “a beautiful singer in the Beijing opera” (p. 126), where even female parts were played by men. Unquestionably attractive, but not a singer in Beijing or its opera, Jiang had a brief career in theater in Shandong before moving to Shanghai.

As the book progresses, the documentation improves. And few will doubt Faligot’s conclusion that Chinese intelligence has obtained the technological competence of the U.S. and Russian services, particularly in the fields of intercepting communications and the use of spy satellites. Still, for those who want to better understand Chinese intelligence operations, this is not the book to read.

FOR INFORMATION ON THIS BOOK: 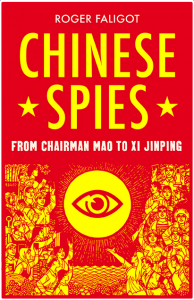 To learn more: Follow this link to the publisher’s website to learn more about the book and this link for other purchase options.