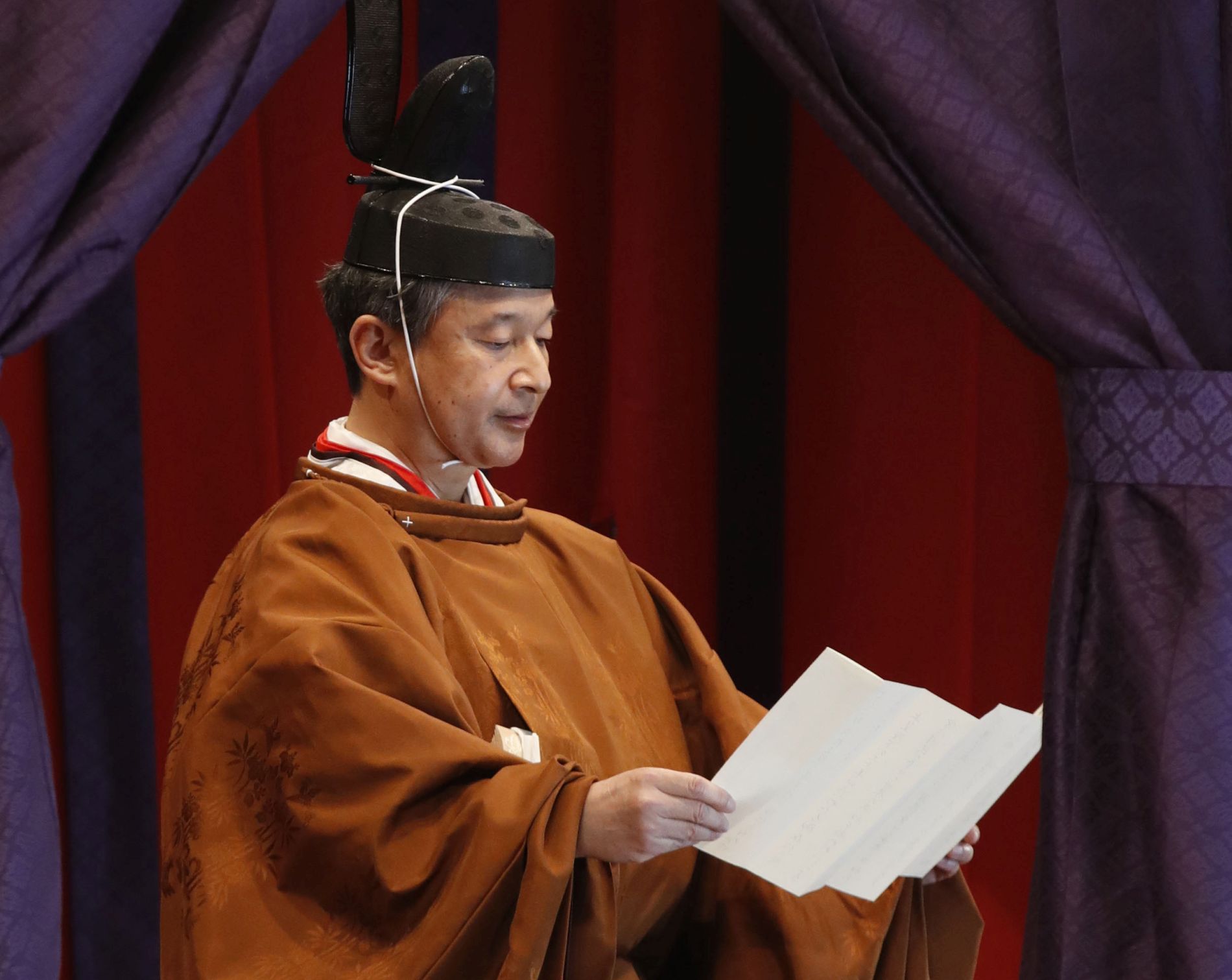 Questions have been raised as to whether Emperor Naruhito’s enthronement ceremony violated the separation of political and religious institutions established by the Constitution. Criticism has also been voiced by some over the large-scale expenditure of public funds to pay the costs of the Daijousai, the great thanksgiving ceremony scheduled for November 14-15.

Emperor’s Position Under the Constitution

First, the Emperor is stipulated by the Constitution as “the symbol of the State and the unity of the [Japanese] people.” At the same time, he is in the position of presiding over a range of the imperial court’s time-honored rituals. Historically, the ceremonial authority for these rites is inherently inseparable from traditional beliefs some refer to as religion.

The Constitution next commands that succession to the Chrysanthemum Throne shall be hereditary. At the same time, the traditions of imperial succession involve ceremonies and rituals that are intertwined with some religious practices.

In the enthronement ceremony, the imperial regalia — including the sacred sword and jewel that have been handed down from ancient times — are laid alongside the Takamikura, or imperial throne. These treasures derive from the ancient mythology of Japan’s origins, so that the enthronement rituals take on folk belief or religious aspects in that sense.

The ancient ritual of the Daijosai grand thanksgiving ceremony follows the enthronement. In it, the Emperor himself offers prayers to the sun goddess, Amaterasu, from whom the imperial line descends, and to other deities for abundant harvests for the country and the people, and security from natural disasters. In the sense that prayers are involved, there is a religious aspect.

For Emperor Naruhito’s enthronement ceremony, the government followed the pattern established for the enthronement of his father, Emperor Akihito, when the Heisei era was ushered in. The enthronement activities were thoroughly reviewed to assure the ceremony’s consistency with the Constitution.

The Constitution prohibits the government from engaging in religious activities and placed a ban on the disbursement of public funds for religious organizations. This is the separation of politics and religion.

Application of the principle to traditional rituals was tested before Japan’s Supreme Court, which handed down a decision on July 13, 1977, in a case related to a Shinto-style groundbreaking ceremony conducted by a town in Mie Prefecture. The court ruled that acts such as the Shinto ceremony emanate from ancient times and do not violate the Constitution. They do not seek to influence the religious activities of others and have no effect of encouraging or interfering with any particular religion.

Based on this premise, the government proceeded with Emperor Naruhito’s enthronement ceremony as a state-funded event, carrying out the imperial succession without violating the principle of separation of politics and religion.

Next Ceremony in the Imperial Succession: The Daijosai

In the imperial succession, the Daijosai, or great thanksgiving ceremony, is a particularly important historic ritual with a public character, performed only once by an emperor during his entire reign.

The government has determined that public financial outlays for the imperial budget may be used to pay for the human and physical aspects of the events because they do not constitute spending for any particular religious activities or organizations.

Some of the Daijosai halls are built using unpeeled logs called kuroki, a reproduction of the plainly constructed Daijosai buildings of ancient times. In the past such structures were inexpensive to build, but they are now costly.

Critics have complained that there is no merit to the expenditure of public funds to pay the high cost of special temporary structures for this key ceremonial event, in part because they are used only one time.

However, considering that this ancient ceremony is observed only once during the entire reign of an emperor, another view is that it is not expensive. Instead, it should be regarded instead as indispensable for demonstrating the existence of the successive emperors of Japan since ancient times.

Hidetsugu Yagi is a professor specializing in legal philosophy and constitutional studies at Reitaku University.