BOOK REVIEW | ‘How Human is Human? The View from Robotics Research’ by Hiroshi Ishiguro 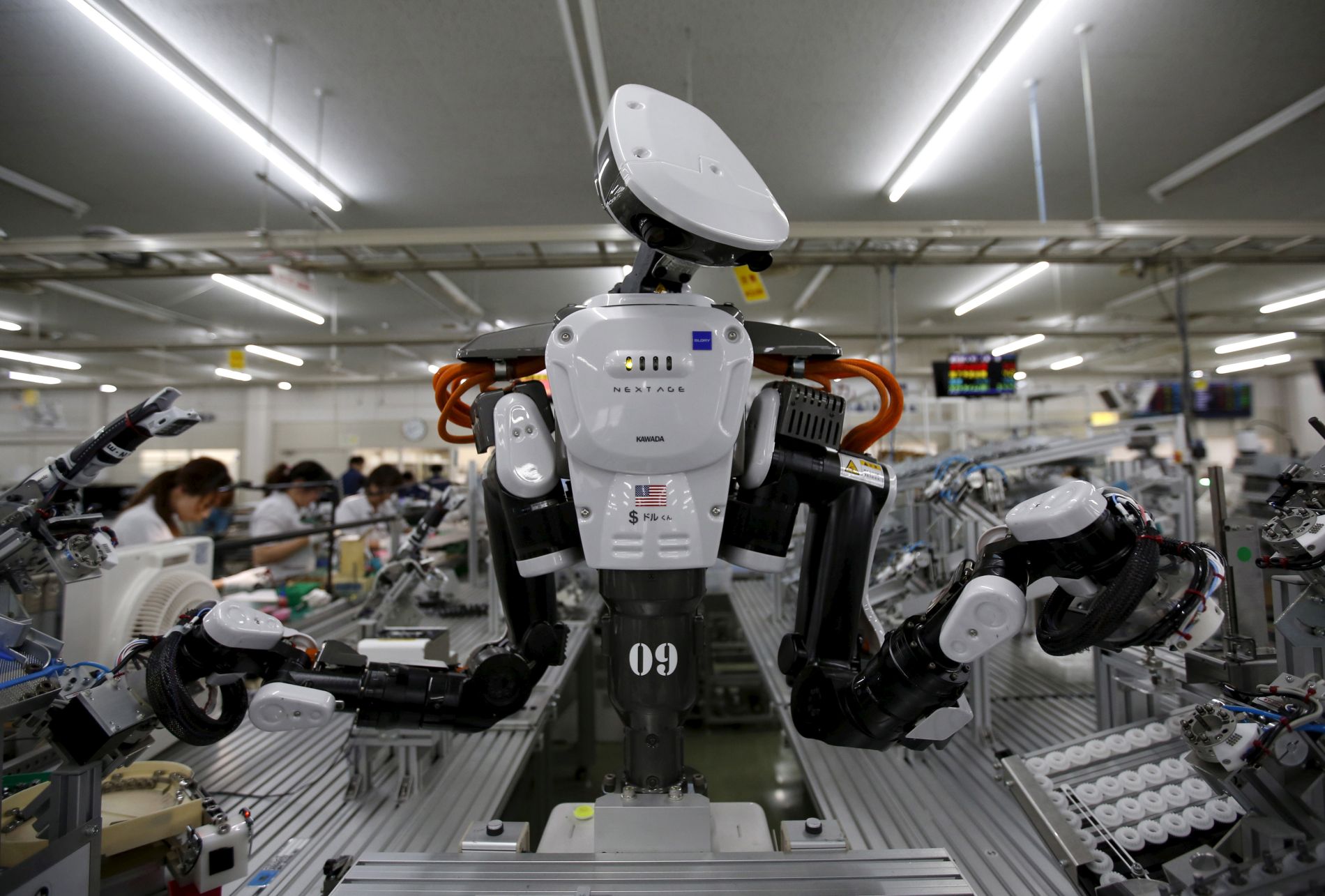 This is the translation of a book published in 2014. Except for a three page epilogue written in 2019, it has not been otherwise updated since its earlier publication.

The translation by Tony Gonzalez is well done. The English is completely natural with none of the strained expressions and awkward idioms often found in Japanese to English translations. Reading the book, you have the feeling the author is talking to you personally. With only 175 pages of wide spaced text, the book is a quick, informative, and enjoyable read.

Having said that, what readers who have bought into the Robot Kingdom image of Japan will get out of this book will almost certainly be different from what I, a sceptic, got out of it.

What is a Robot?

First, there is confirmation from the author that in generalーand particularly in Japanーthe definition of robot is exceedingly vague. The author notes that robot “can refer to anything that uses sensors to detect its environment, a computer to make decisions, and motors or other actuators to move. In that sense, even some air conditions and cellular phones can be considered robots.” (p. 20)

As is clearly and repeatedly explained in the book, the androids Ishiguro is famous for are animated torsos controlled by off stage human operators.  Their gestures and facial expressions are those of their operators. The conversations that the androids engage in depend on verbal responses made by the operators.

Unlike Pepper, the French designed “robot” usually presented as Japanese, Ishiguro’s androids have no onboard intelligence whatsoever. They are animated mannequins.

This is also the case with Asimo, possibly the most famous of all Japanese robots. If you see Asimo in action and look carefully, as I did at the Miraikan: The National Museum of Emerging Science and Innovation, you will see that it is managed by several off stage operators. Moreover, it requires sensors placed around its performance area in order to function. (See Asimo play soccer with former U.S. President Barack Obama, here.)

While Asimo can at least move about, thanks to a battery pack carried on its back, Ishiguro’s androids are always seated because only the torso is animated. Early versions depended on a large ancillary compressor that drew so much electrical power it required a 200 VAC mains connection, rather than the 100 VAC that is standard in Japan. (p. 23)

Even after simplification, the androids still require a large boxy unit connected by an umbilical cord to power their gestures.

RELATED READ: With ‘Tokyo Robotics Collection’ Japan Pushes Towards Use of Robots in Society

What Can They Do?

Second, the book provides implicitー if not explicit confirmation that these androids cannot do anything useful, except provide PR for the author and for events at which they are displayed.

In searching on the author’s name I was astonished at the number of speakers bureaus with which he is registered. In recent years he has appeared with his androids at numerous foreign and domestic events.

The closest thing that I could find to a practical application of his android technology was a public relations event at a small private college in which one was kitted out to look like the famous novelist Natsume Soseki at age 45. The android (actually the operator) engaged in chit-chat “according to a pre-programmed script with a moderator on stage, speaking and moving as if alive.”

As someone who originally studied electrical engineering in college and who later paid for graduate school with earnings from working as a computer programmer, I found the engineering issues very interesting and would have liked more detail.

General readers will, however, probably find more interesting and accessible his discussion of why he started with a child-sized android modeled on his daughter, why his first androids were female in appearance, and why he found that female operators were better than male.

Although lacking in practical commercial applications, Ishiguro’s androids do allow for testing human reaction to humanoid devices. His descriptions of how models reacted to seeing themselves, not in mirror images but as a humanoid twin, are lucid and interesting.

In the case of Ishiguro, who had created a look-alike android modeled on himself in 2005 that figured prominently in his lectures and PR efforts, this meant losing weight and undergoing cosmetic treatment in 2010 to undo the effects of aging and restore his appearance to that of the android. “I realized it would be far quicker and cheaper to fix myself” rather than updating the android. (p. 121)

From Lifelike to Creep

In the last two chapters of the book, Ishiguro describes how he switched from trying to create “androids as human-like as possible” to those with a “minimal human form.” This resulted in first what he calls Telenoids, essentially a head with token arms and torso.

Still later he created what he calls Hugvies, “a Telenoid-shaped huggable pillow with a pocket for holding a cell phone.” (p. 162)

In 2015 these creations earned Ishiguro recognition in an IEEE (Institute of Electrical and Electronics Engineers) poll for creepy design in robotics.  This drew a heated response from Ishiguro who countered, “I think this ranking was just based on pictures. …. lies especially. I think if people interact with my robot nobody would say it’s creepy.

He can at least take comfort that his androids did not become the object of satire, as did a robot bear for geriatric care. Bear in Japanese is kuma and some clever wag or wags renamed Robobear Seppukuma and claimed the robot was designed for assisted suicide by elderly people in Japan.  This spoof was so widely believed that it became an object for debunking by Snopes.

Overall, Ishiguro does not make extravagant claims for what his creations can do. Although it was probably not his intention, it should best be read as something of a corrective for the hype and exaggeration in both foreign and domestic writing about robots in Japan.

The amount of hype has been such that when I lectured on the subject in my course “Japan in the Foreign Imagination” I said that in Japan robotics was really robollocks.

This was painfully evident in the aftermath of the 3.11 earthquake and tsunami. There was a frequently expressed expectation that humanoid robots like Asimo could be sent in to sort things out in the Fukushima Dai-ichi reactor buildings.

Aside from requiring a prepared environment, Asimo has no lifting capability and little manual dexterity. Even more important, its electronics would have been fried by the extreme radiation in the reactor buildings. Japanese robots sent in subsequently quickly failed. Repeated failures led to criticism from the Nuclear Radiation Authority.

The only robots capable of dealing with the harsh environment in the building came from iRobot, a company that developed the Roomba device for home cleaning. Its Packbot robots used at Fukushima had been developed with DARPA (Defense Advanced Research Projects Agency) an example of military funded “dual usage” research that has been adamantly opposed by the Science Council of Japan.

I am one of those observers both domestic and foreign who think Japanese efforts to develop humanoid robots or androids is a singular waste of effort, although I am undecided whether this should be attributed to the influence of manga such as Astro Boy (Tetsuwan Atom).

In humanitarian terms, that effort would be better directed to the development of prosthetic and assist devices for those with physical impairments. There are, of course, firms doing this in Japan, but at this stage the devices are too cumbersome and too expensive for real world use. Honda discontinued development of Asimo in 2018 to concentrate on using the technology for “for more practical use cases in nursing and road transport.”

As a Japanese citizen, I would very much like to see my country known for technology that led to a better life for people with severe physical impairment rather than one that produces entertaining or creepy androids. I would suggest this book is a good read but with this caveat in mind.

Title: How Human is Human? The View from Robotics Research

To learn more about the book: Read about it on the publisher’s website, here.

To purchase: The book is available through Amazon, Amazon Kindle, Apple Books, Kinokunya, honto and kobo, all of which may be accessed through the publisher’s website, here.