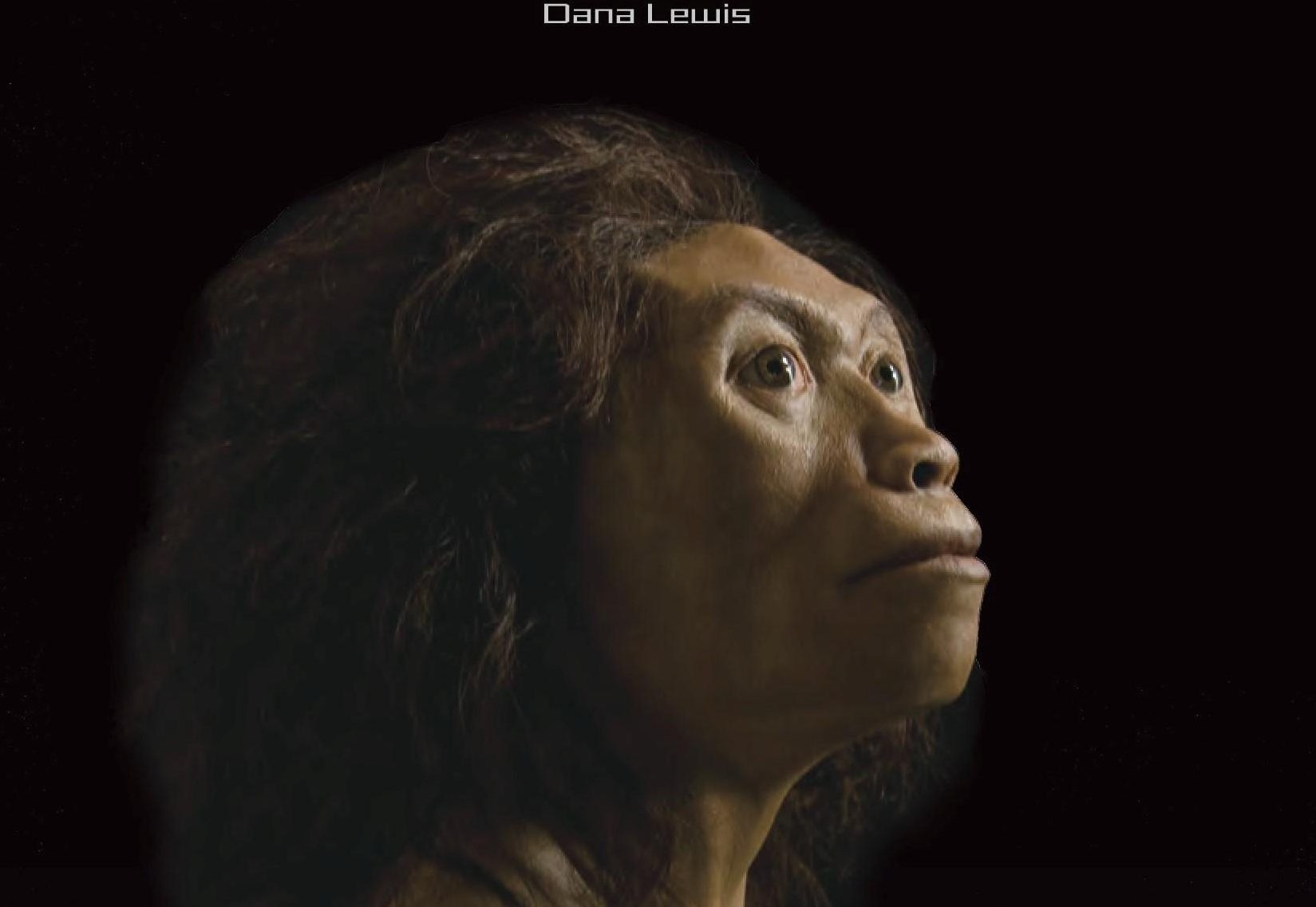 Science is the art of seeing reality without distraction. Politics—the need for the world to be a certain way—is one of science’s biggest enemies. This is especially true when it comes to the politics, and science, of the human genome.

For example, one of the most influential dogmas in modern liberal democracies is that there is just one “broadly homogeneous” race of humans. The corollary to this dogma is multiculturalism, which holds that “race is a social construct”.

Multiculturalism is the recognition of multiple cultures—”cultural pluralism”—within a population. In contrast to multiculturalism, there is the figurative “melting pot”, wherein culturally diverse peoples adopt a common culture.

Interestingly, within multiracial, liberal democracies, both “homogeneous human” thinking and multiculturalism exist at the same time. But how can both of these political positions be true?

In Lost in Evolution: Exploring Humanity’s Path in Asia (Japan Library, 2020) independent journalist Hiroto Kawabata tells us from the start, on the book jacket and again early in the book, that modern humans (Homo sapiens) are “broadly homogeneous”. But what do the evolutionary evidence and fossil record suggest?

A look beyond Japan, such as Brazil, the United States, or Indonesia, complicates Kawabata’s assertion. Thus began the odyssey for me, as a scientist, in reading this intriguing book.

The Differences Between Us

We modern Homo sapiens are not “lost in evolution,” then. We are a direct result of it. But Kawabata’s position sometimes takes us in the opposite direction.

There’s more. Genomic difference is not just a matter of percentages. In addition to the presence of appropriate genes, the level of gene expression is also important in determining the development of a human or a chimpanzee. Even though humans and chimpanzees share almost all the same genes, we can quickly discriminate between the two because, first, there are genetic differences between us, and, second, the genes we have, even if shared, are expressed in very different ways. No human mistakes a chimpanzee for a fellow Homo sapiens. (By the same token, no chimpanzee mistakes a human for a chimp.) Broad homogeneity as a received position can conceal great divergence in reality.

With respect to humans, the U.S. National Human Genome Institute states that “all humans are 99.9% identical in their genetic makeup” and goes on to state that the remaining difference could “hold important clues about the cause of disease.” Again, while 0.1% may be a small difference, the rich diversity of humans makes it clear that a tiny change in genome can lead to very wide divergences. For instance, comparison between continentally defined races—African, Asian, Caucasian, and so forth—will show different frequencies in diseases such as cardiovascular disease and some forms of cancer. Genomic difference makes a difference. Homo sapiens are very genetically diverse.

This matters because genes define individuals. By the same token, individuals can be sorted by continental ancestry through genetic analysis. Finding one’s ancestors and ancestral homeland is big business in the U.S. For example, in 2017, Ancestry, a U.S. direct-to-consumer genetic testing and genealogy company, reported $1 billion USD in revenue.

Thus, in the case of Americans especially, we can see that genes both make us who we are as individuals and also sort us into one or more genetic groups. Saying that Americans are “broadly homogeneous” is hardly meaningful. Populations within continental Europe, Africa, and Indonesia also show assortment based on genetic cluster analysis.

What is interesting, and scientifically significant, is that we are all Homo sapiens, but have tremendous diversity of genetic makeup and background.

Differences between individuals and groups are observable and quantifiable. Kawabata’s argument for “broad homogeneity” is simply not supported by scientific evidence.

Kawabata states that “we should … be prepared to use all the tools at our disposal” when studying human evolution. One reason why Kawabata may be “lost in evolution,” however, is that he deploys only a few of the many tools we now have to help us study our distant ancestors.

The current book primarily focuses on anatomical approaches, such as the shape of skulls and the length of bones, but there is a striking absence of any serious discussion of genetics, the evolutionary anthropologist’s most powerful scientific tool. Kawabata writes that “DNA can’t resolve everything.” This is true. No tool is perfect. But this does not mean DNA can’t help us solve some scientific puzzles.

There is much that Japan can contribute on this score. In the New York Times bestseller, Who We Are and How We Got Here (Vintage Publishing, 2018), geneticist David Reich laments the lack of access to Chinese ancient DNA due to government restrictions. Japan, by stark contrast, has a highly developed and free and open scientific research culture. Dismissing DNA as a scientific tool does not make the best use out of Japan’s enormous potential—and proven record—in scientific inquiry.

One clue to how Kawabata’s work might help advance science comes with his discussion of a key feature of human evolution—increasing cranial capacity over time. The modern human brain weighs about 2% of total body weight, yet consumes up to 60% of total body glucose, the sugar that powers all cells, including brain cells. Furthermore, given the size of the infant skull to the size of the birth canal, human childbirth is more difficult compared to birthing in other primate species. Humans have big brains for a reason.

Rather than claws and fur, I would suggest that early humans relied on their intelligence to survive in hostile environments. Humans were able to thrive by utilizing tools, building shelter, and fabricating clothing. Those who were unable to solve survival-related problems died and left no offspring. Those who were able to adapt survived, and their genes were passed on to the next generation. We are all here today because our ancestors used their heads to solve the riddle of survival from one day, one generation, to the next.

We are here, then, at least in part, because of genes. Indeed, head size and brain size are partially mediated by genes. Intelligence, the ability to solve novel problems, is strongly associated with brain size, and is also partially genetically mediated.

But our big brains also produce strange by-products, such as political sensitivities which preclude our seeing scientific fact in full. Kawabata’s book is a good start on the road to overcoming some of the political barriers toward seeing Homo sapiens not as miraculously genetic-free creatures, but as endlessly variegated expressions of an astounding accumulation, built up over millions of years, of genetic and cultural and individual memory.

Kawabata did the research for this book in Indonesia, and so Lost in Evolution could serve as an introduction of sorts to Indonesia fieldwork as it could to archaeology in general.

It is a pity that Kawabata did not spend more time discussing the Indonesians he met, because Indonesia is home to one of the most ethno-culturally diverse populations on the planet. The rich panoply of faces and physiognomies that Kawabata surely encountered in Indonesia extends far back in time, and the forebears of the current—decidedly not homogenous!—Indonesian people are waiting to tell their story, in anatomy as well as in DNA and by other means, to any researcher willing to listen.

Building on Kawabata’s work, we look forward to a book on the evolution of Asian peoples based on a careful analysis of findings from “all the tools at our disposal”.

Purchase the Book: Available in print format. Purchase through Amazon Japan and Kinokunya. Access to both sellers may be found  here.

Learn More: Learn about this book, which has been made available to English language readers by the Japan Library, here.