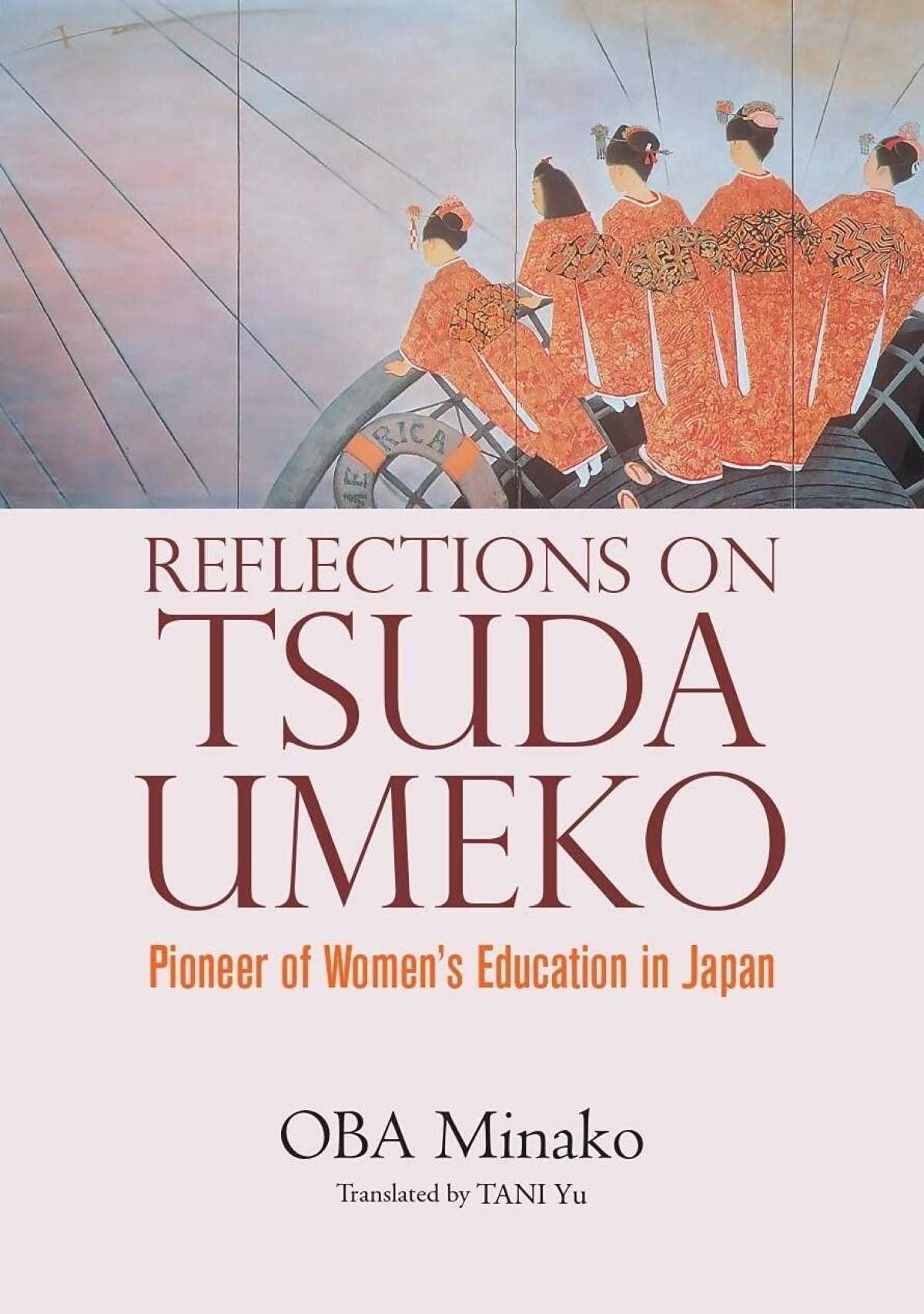 The little-known Umeko was one of the first five Japanese women to study in the United States. When she was only seven years old, she left her parents’ home and spent eleven years studying in the US. After returning to Japan and working as a teacher, she decided to go back to America and spent 4 years studying biology at Bryn Mawr College in Pennsylvania.

Umeko later became a pioneer in women’s higher education in Japan and founded Tsuda University in 1901.

The author of this biography of Umeko Tsuda, Minako Oba, is a novelist. This biography was initially published in Japanese in 1991. However, the later translation into English by Oba’s daughter Yu Tani is the subject of this review.

Oba was born one year after the death of Umeko and experienced the Second World War. She then studied at Tsuda College from 1949 to 1953. In other words, this book is a reflection by a university graduate on the founder of her university.

Oba portrays Umeko’s life from her own perspective by extensively quoting from the actual letters that Umeko herself wrote in English over a period of 30 years to Adeline Lanman, her “American mother” who took care of the young Umeko. These so-called Attic Letters were found in the attic of the university’s main building in 1984.

In the original Japanese version of the book, Tsuda Umeko (Asahi Shimbun Publishing, 2019), Oba translated the English letters into excellent Japanese, which shows her creative talents as a novelist.

In the English version of the book, however, Umeko’s letters were quoted as they were written, without translation. Readers can therefore enjoy the exact words written by Umeko herself in English. Hence, the English translation offers a more direct expression of Umeko’s voice as a young woman.

A Feminist Perspective on Meiji Japan

These letters contain Umeko’s views on the situation of women at the time and some historical insights into this period.

At one time, Umeko lived in the home of Hirobumi Ito, who was the first Prime Minister of Japan. She enjoyed unique experiences, such as teaching English to his wife, nights out at Rokumeikan, a hall used for entertaining foreign dignitaries, and observing the domestic side of Ito’s family.

They [Ito’s wife and daughters] seem to reverence their father, and his word is law to all, but his faults and his morals seem not to trouble them very much, if it does at all. Alas, too often are such faults passed over, and for the woman, there is no help … (p. 140)

Her critiques are fascinating because they give us a historical glimpse behind the scenes of a politician who ran Japan during the Meiji era, in addition to Umeko’s feminist perspective.

Tsuda’s Influence on the Author

However, a unique feature of this book is that it can be read not only as a biography of Tsuda Umeko but also as a story of the awakening of Minako Oba as an author. For example, in the book, she overlaps Umeko’s awakening as an educator with her own awakening as a novelist:

But the idea [to establish a private school] was there, nascent, from the time she [Umeko] first became aware of the world, or in any case from the age of seven. When it was impressed on her young mind that her mission was to learn about foreign lands for the sake of the future of Japanese women, this idea had gestated and ripened and was finally in the state of fermentation. Umeko was thirty-six years old when she made the decision to found a school.

My mind goes back to my own long road as a writer. I also carried the thought in my mind from as far back as I can remember … I was also thirty-six, when I wrote Three Crabs, but I had been writing manuscripts in my spare time for more than twenty years before that. It seems to me that it was my destiny to become a writer … (p. 201)

As such, this book is an autobiography of a Japanese woman, Minako Oba, who was inspired and empowered by Umeko Tsuda.

Oba recalls that the students “shared an odd devotion” to the founder of Tsuda College and were not afraid of choosing what they wanted to do because they had “the power of people like Umeko” to support them.

In her book, Oba introduces her fellow graduates, such as Liberal Democratic Party politician Mayumi Moriyama and former Minister of Education Ryoko Akamatsu, among many others. Their stories suggest that the seeds into which Umeko poured “every bit of her body and soul” have sprouted and will continue to sprout for the countless women who follow in their footsteps.

Oba aimed to portray Umeko Tsuda as “not as a public historical figure, but as a living, breathing woman” in her book. By overlapping her own life with Umeko’s life, she succeeded admirably.

To purchase: on Amazon at this link.

Professor Mayuka Sato (Ph.D) is a member of the Faculty of Humanities, English and American Culture, at Musashi University in Japan. She specializes in British History, especially  the history of the women’s suffrage movement in Britain and Japan. (Photos provided by the author.)