Titleholder Overwhelms the Field in the 165th Tenno Sho 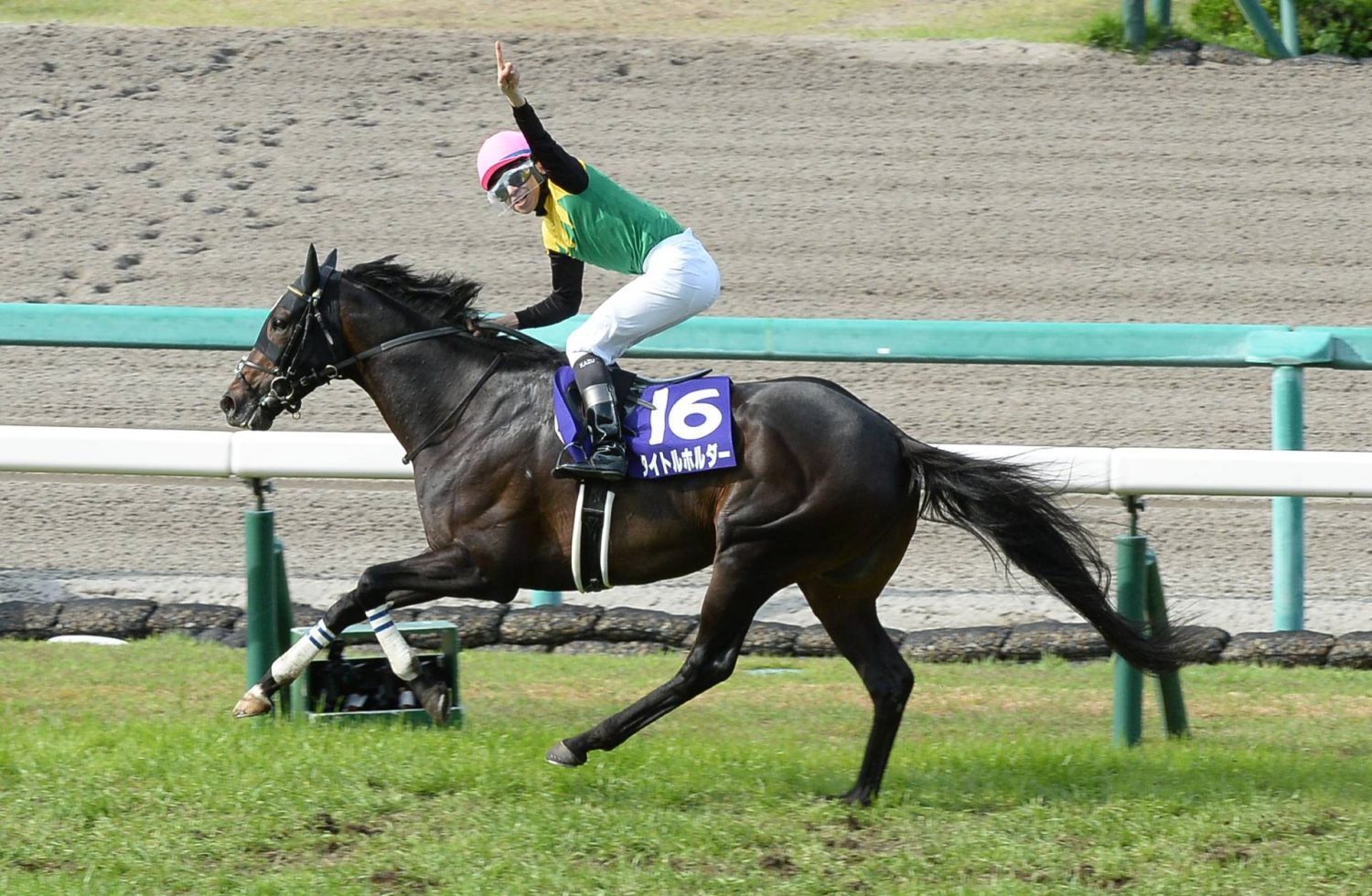 Three generations of the Yokoyama family have enjoyed success at the highest level in Japanese thoroughbred racing.

Sunday, May 1 provided a vivid example as the nation enjoyed a leisurely day amidst Golden Week holidays. Kazuo Yokoyama followed in the footsteps of his father (Norihiro, who still competes in Japan Racing Association events, and won it in 1996, 2004 and 2015) and paternal grandfather (Tomio, who passed away in 2009, took the title in 1971) as winners of the Tenno Sho (Spring).

As a result, the Yokoyamas became the first three-generational family to collect Tenno Sho (Spring) titles.

The Yokoyama family’s success in high-profile races was also in the spotlight just a few months ago. At last year’s Tenno Sho (Autumn), Takeshi Yokoyama, Kazuo’s younger brother, won the October 31 race by a length over Contrail at Tokyo Racecourse.

Bursting out of the 16 gate aboard second favorite 4-year-old bay colt Titleholder, Yokoyama led from start to finish in the 165th Tenno Sho at Hanshin Racecourse. Titleholder was clocked in 3:16.2 in the 3,200-meter race, beating runner-up Deep Bond, the favorite ridden by Ryuji Wada, by seven lengths.

From an historic standpoint, Titleholder’s winning time did not come close to setting a record. In 2017, Kitasan Black set the race-record time (3:12.5) at Kyoto Racecourse. Last year’s top time was 3:14.7 by World Premiere.

For Yokoyama, Sunday’s victory was his first Japan Racing Association Grade 1 win. For Toru Kurita, Titleholder’s trainer, it was his second G1 win. The first? In the 2021 Kikuka Sho (Japanese St. Leger), with Titleholder producing the triumph.

Yokoyama, 29, guided Titleholder, sired by Duramente, to a win in the Grade 2 Nikkei Sho on March 26 at Nakayama Racecourse in Funabashi, Chiba Prefecture.

According to Kurita, Titleholder’s performance in the Nikkei Sho, his most recent race before Sunday’s, was indicative of his ability.

“In the Nikkei Sho, I thought the others were going to catch him in the stretch, but he reached down and found some more and held his ground,” Kurita said in the run-up to the Tenno Sho. “I was reminded again of just how strong he is.”

Yokoyama maintained a positive outlook before the race began at 3:40 PM.

“I felt that he was in good form when I rode him in the post parade so I just believed in him and concentrated on riding him in good rhythm,” Yokoyama said in his post-victory interview.

“We were able to slow down the pace in the backstretch to conserve his stamina and I was not worried about the horses behind us in the last stretch. I’m happy that I was able to win this race with Titleholder, rather than just winning my first G1 title [with another horse]. I think he will get stronger and stronger going forward.”

Stumbling out of the gate, the Orfevre-sired Silver Sonic lost Kawada. Then the disqualified 6-year-old dashed toward the front of the pack and was on Titleholder’s heels as the race marched toward its finish.

Meanwhile, Yokoyama and Titleholder stormed to a seven-length lead early on and held a sizable advantage throughout the race, though T O Royal closed the gap to less than two lengths at one point.

Titleholder ran the final three furlongs in 36.4 seconds. Heat on Beat’s 37.0-second effort was closest to the winner’s recorded time over that distance.

Deep Bond, the runner-up in the 2021 Tenno Sho (Spring), surpassed title-chasing T O Royal with 100 meters left and held on for second place to secure a second consecutive second-place finish in the race.

The JRA’s next G1 race is the NHK Mile Cup at Tokyo Racecourse on Sunday, May 8. French jockey Christophe Lemaire steered Schnell Meister to victory in the marquee test of speed for 3-year-olds in 2021.