BOOK REVIEW | ‘The Burden of the Past: Problems of Historical Perception in Japan-Korea Relations’ by Kan Kimura 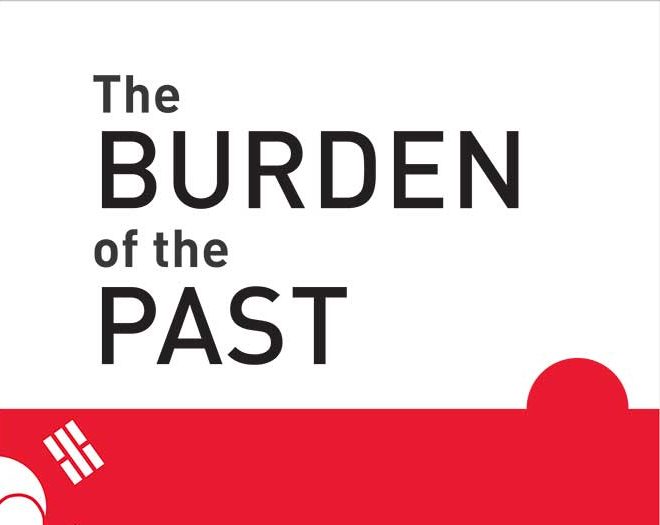 Many in South Korea blame the strain in relations between Korea and Japan on Japan’s alleged lack of contrition for its past. The current bone of contention is compensation for Koreans mobilized for the Japanese war effort.

Until recently, the comfort women issue riled peninsular activists. But what are all of these things really about, and how and why do they become headline-grabbing issues in the first place?

In The Burden of the Past: Problems of Historical Perception in Japan-Korea Relations (University of Michigan Press, 2019), Kobe University Professor Kan Kimura presents an in-depth analysis of the historical perception conflicts between Japan and the Republic of Korea (ROK).

Kimura gives us what has been missing in the historical debate: the context of a particular bout of Japan-Korea tension, and an analysis of the events that led to a seemingly routine bureaucratic procedure — textbook review — becoming an international incident.

From History to History Wars

For Kimura, such incidents do not flare up without warning. Instead, Kimura says that certain preconditions must be fulfilled in order for a “historical perception dispute” to arise:

What is clear from Kimura’s analysis is that history wars, surprisingly, are not substantially related to actual history. The Burden of the Past uses the comfort women and Japanese history textbook issues as case studies, but readers will likely be left with the impression that other historical perception disputes also have little to do with colonial era history per se.

In other words, so-called contentious histories do “not map directly to the era of colonial rule” and are not the result of an alleged ancient antagonism between the two countries. Nor can they be explained by simplistic narratives, such as Korean democratization of the late 1980s and early 1990s and Japan’s alleged “tilt to the right” during the 1980s.

The Importance of Context

What matters more than history, Kimura states, is context. The stages he proposes are “shaped” by social, political, international, and economic circumstances at the time.

Take the comfort women dispute, for example, which gained traction in Korea in the late 1980s, when Marxist class-struggle attitudes, along with social and political liberalization, began to be embraced by the South Korean masses. Popular South Korean thinking at the time was that the ruling class was merely a “puppet of Japan and U.S. giant capital,” which had no interest in serving the “interests of the Korean people.”

Kimura explains that Korean sex workers were viewed as the “ultimate embodiment of oppression and exploitation of the South Korean people,” as their “exploiters” were mostly foreigners — American soldiers and Japanese “sex tourists.” Thus, “South Korean women came to view the comfort women issue as part of their own issue,” and as one more grievance against the Japanese as well as the South Korean “ruling elites.”

This is not about history, then, but about contemporary geopolitics and economic ideology. It is important to remember that at the time, before the end of the Cold War, bilateral relations between Japanese and South Korean ruling elites were good. Japan had a national security interest in supporting South Korea as a frontline state against communism, and South Korean elites were overseeing the capitalist miracle on the Han.

Without this context, provided in abundance in The Burden of the Past, it is impossible to truly understand the disagreements between Japan and South Korea over historical issues.

With the end of the Cold War, the Japanese government no longer placed a high priority on active cooperation with South Korea.

Domestically, because of a considerable loss of public confidence in the long-ruling Liberal Democratic Party (LDP) in Japan and electoral defeats at the hands of the Japan Socialist Party, the LDP lost their “ability to control the domestic discourse.” This paved the way for South Koreans to amplify and distort the talking points of their fellow travelers in Japan. The groundwork for the “history dispute” over the comfort women was in place.

Within South Korea, by the same token, President Roh Tae Woo and his ruling coalition were in a precarious position. Roh won the presidential election of 1987 with only about one-third of the vote in a four-way contest. His support in the National Assembly rested on the Democratic Liberal Party (DLP), an unstable coalition headed by rivaling personalities.

In 1992, following Japanese Prime Minister Kiichi Miyazawa’s state visit to Seoul, both the South Korean ruling and opposition parties voiced their support for comfort women “apologies and compensation.” One could surmise that both were merely pandering to the Korean people for votes for the upcoming general and presidential elections. The opposition, though, was in a better position to utilize the comfort women issue as a means to lash out at Japan and discredit the DLP, as leading personalities within the party had been associated with the South Korean government at the time of establishing the 1965 agreement normalizing relations with Japan.

This 1965 agreement “completely and finally resolved” the issue of compensation to Koreans during the Japanese colonial era, such that no new claims could be made, including by comfort women. No treaty, however, can put a stop to politics, and so the comfort women issue, separated from historical reality, became a pawn in political machinations in both South Korea and Japan.

South Korean and Japanese media and activists saw an opportunity in this fraying of elite control. In 1991, activists sued the Japanese government on behalf of Korean comfort women for compensation and an apology.

But why file suit for something that happened some 50 years in the past? The answer in part was that, before South Korean political liberalization, disputes of historical perception were pushed into the background by the ruling elites of both Japan and South Korea, on the understanding that such disputes were to be settled after tackling more pressing economic and security matters.

The changing economic fortunes of South Korea also impinged upon the historical perception dispute. This in turn helped fulfill Kimura’s third condition, that “multiple actors must recognize the existence of sufficient benefit to stir them to action.”

Japan had been a key trade partner for the ROK since the end of World War II, but Japan’s importance to South Korea diminished from the late 1970s. The collapse of Communist regimes in the late 1980s and early 1990s further eroded Japan’s economic importance to South Korea, as China and former Communist nations were targeted for Korean exports. As a result, Japan could not effectively utilize its economic strength to obtain South Korea’s political cooperation.

For example, during the ROK-Japan trade dispute of 1992, South Korea sought a reduction in the trade deficit on terms that were impossible for Japan to accept. Japan rebuffed the South Korean demands. It is possible, Kimura argues, that the South Korean ruling elite saw the potential benefit in using the emerging popular support for the comfort women issue as a cudgel to force Japan to make trade concessions and as a signal to voters that the ruling party was doing everything it could in the name of Korean dignity and honor.

Soon after the Miyazawa state visit to Seoul in January 1992, the South Korean government demanded that Japan open “a full investigation” of the comfort women issue and “take steps including appropriate compensation.” As Kimura notes, however, the South Korean government phrased its demands in non-legal terms, a tacit recognition that demands for compensation were forbidden by the 1965 Japan-Korea normalization treaty.

Thus, a confluence of several events, rather than just one, brought the comfort women to the foreground.

From Apologies to Fact-Based Dialogue

Understanding the cause of disputes involving historical perception is necessary in order to formulate possible solutions, as alluded to earlier. But how one manages to formulate a solution is not entirely clear from the current book. Perhaps preventative measures to keep historical perception disputes from crossing all three of Kimura’s conditional thresholds could be instituted. Economic incentives for politicizing history could be zeroed out, for example, such that costs greatly exceed any perceived benefit.

What has proven to be least effective, however, is apologies. In order to move forward in true partnership, Japan and South Korea must learn the “history of their history”. Both sides must ground ongoing dialogue in context-rich facts about the past and come to understand the many ways in which the past has been used to score short-term advantage in present debates.

Title: The Burden of the Past: Problems of Historical Perception in Japan-Korea Relations