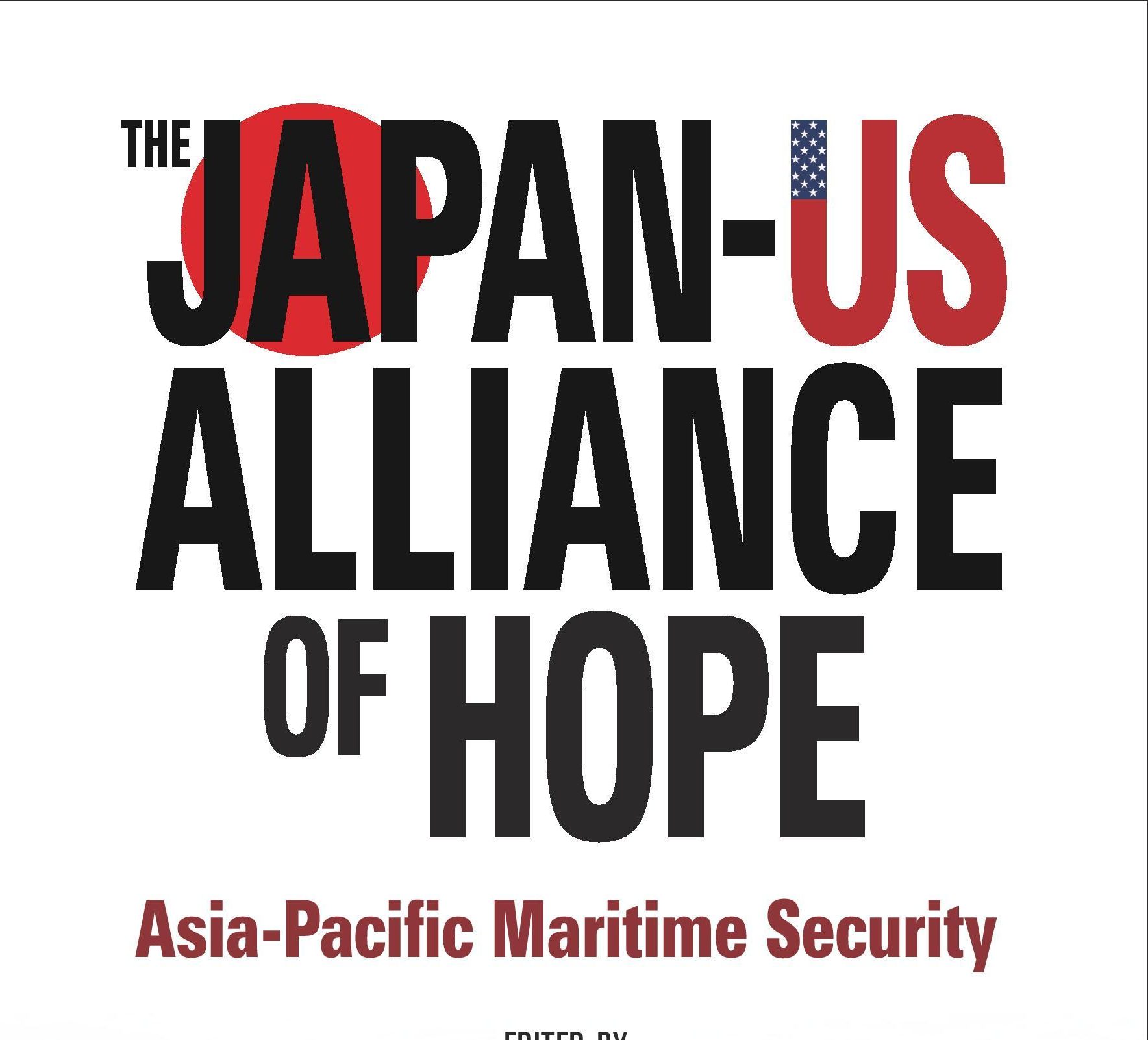 The Japan-U.S. alliance is arguably the most important bilateral alliance in the world. It is also arguably the least well understood. Sometimes derided as a lopsided arrangement whereby Japan provides money and land and receives guarantees of security in return, the Japan-U.S. alliance is in fact a dynamic partnership between two of the world’s most advanced and powerful armed forces, governments, and economies.

And it is also much more than a strictly bilateral agreement. While the official alliance comprises, of course, only Japan and the United States, the stability which the alliance provides benefits, at a minimum, every country around the Pacific Rim.

The Alliance in a Time of Change

The Japan-U.S. alliance has been a boon to the Pacific since the close of the American Occupation of Japan and the transition to formal state-to-state relations predicated upon mutual sovereignty. But the world—including Japan and the United States—has changed dramatically since the ink dried on the documents sealing the Japan-U.S. partnership in 1952 and again in 1960.

The Japan-U.S. alliance weathered the bipolar Cold War, the wars in Korea and Vietnam, the emergence of the United States as the world’s only superpower after the collapse of the Soviet Union in 1991, and America’s “forever wars” in South Asia and the Middle East.

But now there is a new challenger for world domination, the People’s Republic of China. With the rise of a communist bully in the shape of the old Qing Dynasty, the Japan-U.S. alliance faces perhaps its most formidable opponent ever.

The seismic shifts of the geopolitical landscape, especially in East Asia, are the backdrop for The Japan-U.S. Alliance of Hope: Asia-Pacific Maritime Security, a book compiled by the Nakasone Peace Institute in 2016 and released in English translation earlier this year. This is the go-to volume for understanding the nuts and bolts of the multifaceted alliance between the powerhouses on the far western and eastern shores of the Pacific Ocean.

Alliance of Hope is also invaluable because it offers the Japanese perspective on the world’s most important bilateral arrangement. Americans have tended to capture the spotlight and dominate discourse about the alliance. Recall Richard Armitage’s “Show the flag!” provocation as President George W. Bush’s deputy secretary of state in the tense days after the terror attacks in 2001, for example, and President Donald Trump’s calls for more spending on base upkeep by the Japan side in the run-up to the 2016 presidential election. For better or worse, Alliance of Hope shows that Japan is a fully-engaged partner in the relationship.

Japan’s Maritime Self Defense Force on the Front Lines

Perhaps the most surprising aspect of the Japan-U.S. alliance is that Japan is not a passive recipient of American military largesse. Many in Japan, the United States, and elsewhere assume that, without the U.S. Marines in Okinawa and the U.S. Navy in Yokosuka and Sasebo, Japan would be a sitting duck.

In Chapter Six, however, Yōji Kōda, the former commander-in-chief of the self-defense fleet of the Japan Maritime Self Defense Force (JMSDF), demonstrates a knowledge of the intricacies of naval strategy and tactics in the Pacific which equals or exceeds that of any counterpart in the U.S. Navy. Admiral Kōda’s awareness of the security threats in the western Pacific is not just academic. As a leader in the JMSDF, he had the capability to put into practice countermeasures to China’s increasingly aggressive A2/AD (“anti-access/area denial”) moves.

Likewise in Chapter Seven, diplomat Futoshi Matsumoto calls China’s aggression in the South China Sea and elsewhere a violation of the rule of law, including the United Nations Convention on the Law of the Sea (UNCLOS), and suggests ways to strengthen the Japan-U.S. alliance to meet and overcome China’s assaults. 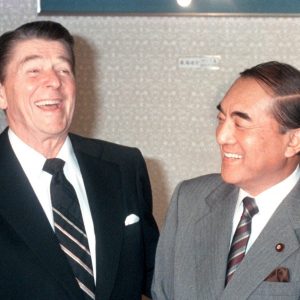 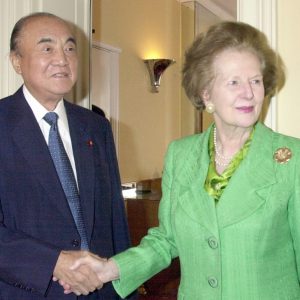 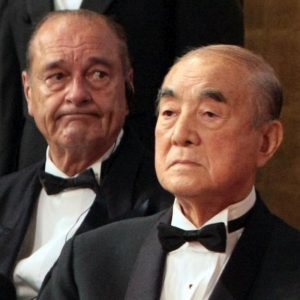 Diplomatic negotiations are typically divided into two tracks: Track I diplomacy involves representatives of governments, and Track II using non-state actors, such as academics and NGOs.

However, Mr. Matsumoto’s work in Chapter Seven of Alliance of Hope reveals a kind of “meta-track diplomacy” at work in the Asia-Pacific region, engendered by the vibrancy of the Japan-U.S. alliance.

One of Japan’s key diplomatic roles, Matsumoto asserts, is to work with ASEAN (Association of Southeast Asian Nations) partners to enhance security and cooperation in the region. The alliance benefits the entire region, and in turn the diplomatic relationships which thrive in this environment of mutual trust flow back to the benefit of the alliance between Japan and the United States.

These diplomatic relationships are highlighted further in Chapter Eight, “The Defense Policies of ASEAN Countries: ASEAN-5 and Vietnam,” by Oberlin University professor and Japan Maritime Self-Defense Force Staff College lecturer Kōichi Satō. Here, Professor Satō provides a helpful overview of the security and diplomatic postures of Indonesia, Malaysia, the Philippines, Singapore, and Thailand—the founding members of ASEAN in 1967—and Vietnam, which joined in 1995. (165)

While the ASEAN states (ten, plus two observer nations), along with regional partners such as Australia and New Zealand, have been adept at crafting diplomatic solutions to issues involving refugees, trade, and development, ASEAN has been increasingly looking to the Japan-U.S. alliance to counter the outright invasion of islands and fisheries by China.

Unable to confront Beijing militarily, the ASEAN states turn to Japan and the United States to restore stability to the region as a team. There have been many joint exercises among the military forces of Japan, the United States, Australia, and ASEAN nations, with their frequency and gravity increasing as the threat from China has intensified.

Abe’s “Diamond” and the Emergence of India

In 2007, during his first term as prime minister, Shinzō Abe proposed that the relationship among India, Japan, Australia, and the United States be conceptualized as a security “diamond” (the four nations form an oblong diamond shape when connected by lines on a map).

This visionary inclusion of India in the concert of Pacific nations is now yielding fruit. India has emerged not only as a strong democratic partner in its own right, but also as an invaluable counterweight to China, both on land and at sea.

In Chapter Nine of Alliance of Hope, Daitō Bunka University professor emeritus Takako Hirose explores “India’s Diplomatic and Security Policies,” providing important information on how the diplomacy of Indian prime minister Narendra Modi has brought India into closer step with the Japan-U.S. alliance’s maintenance of peace and prosperity in a region now encompassing the Pacific and Indian oceans.

Alliance of Hope provides not just the details and current challenges of the Japan-U.S. alliance, but also an important primer on the framework which gives the alliance legal and military shape. A chapter by Shinichi Kitaoka (Japan International Cooperation AgencyーJICAーpresident and University of Tokyo emeritus professor) on “Security and the ‘Defense of the Constitution’ Debate” introduces the alliance. Equally, chapters by Professor Fumiaki Kubo (University of Tokyo) on “Asymmetry in the Rights and Obligations under the Japan-US Security Treaty”, and by Professor Yuichi Hosoya (Keio University) on “Japan’s National Security Strategy and the Japan-U.S. Alliance” are must-reads for anyone who wants to understand the alliance.

Unlike many edited volumes, Alliance of Hope is solid all the way through. There are no weak chapters, and each installment can be read on its own or in tandem with the rest of the book. The authors and editors deserve high praise for their contribution to our understanding of this most important of state-to-state cooperative paradigms. 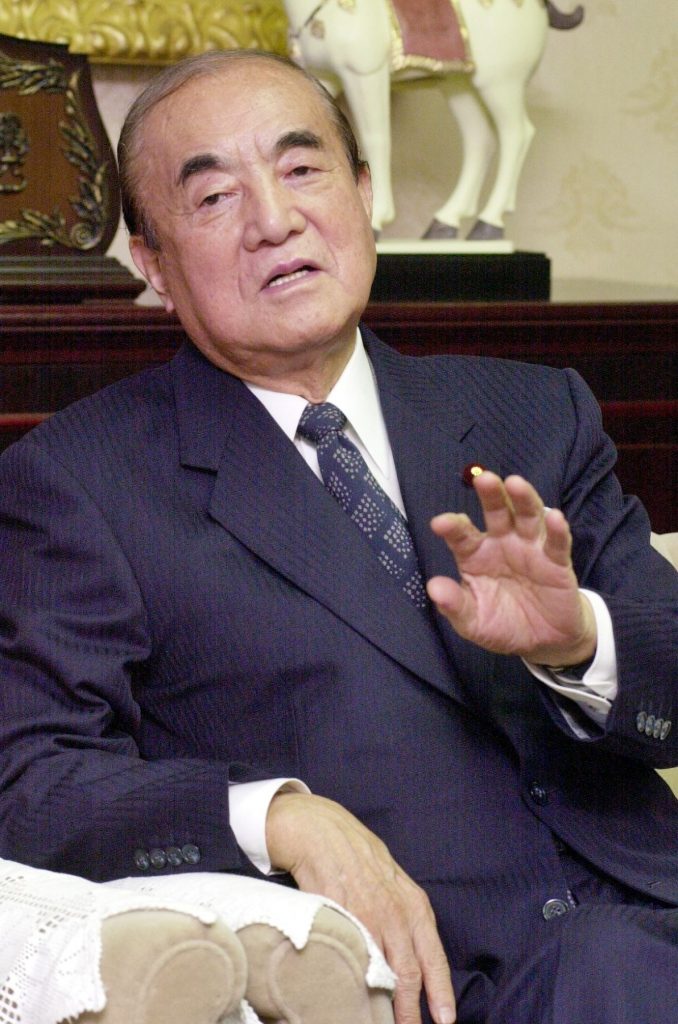 Alas, Alliance of Hope begins with a sad note. The foreword to the volume was written by Yasuhiro Nakasone, the chairman of the Nakasone Peace Institute who passed away in late 2019 just as the English translation of Alliance of Hope was moving toward publication.

But the example which Nakasone—who as prime minister (1982-1987) forged a close personal friendship with his American counterpart, President Ronald Reagan—set, an example of inspired patriotism which sought the best for Japan in partnerships with other democracies. It provides a beacon of hope for the Japan-U.S. alliance going forward.

Alliance of Hope is a testament to the strength of the Japan-U.S. bond, and a reminder that what has been tested over time has the power to endure and to meet new challenges ahead.

For More Information: Read more about the book, the author and editors at The Japan Library, here.