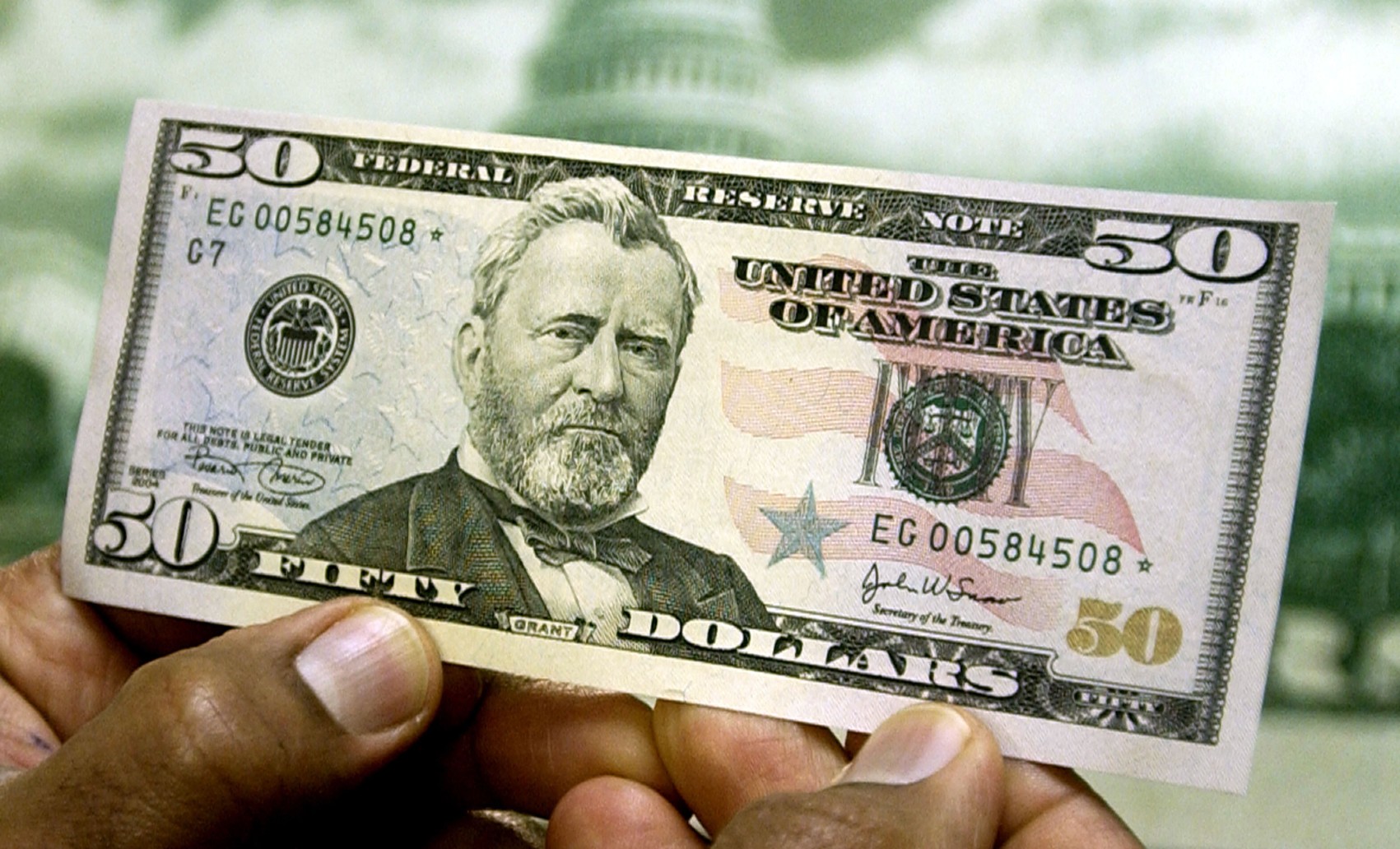 Image of Ulysses S. Grant, 18th president of the U.S., on an American fifty dollar bill.

~The choice is still ours—our friendship can change the world, if we want it to.~

“December 7, 1941: a date which will live in infamy.” So said President Franklin Roosevelt after Japan attacked Pearl Harbor, providing Roosevelt with the excuse he needed to leap into open war in the Pacific. That war, pitting the ascendant American Japanese empires against one another in pitiless combat, would end with Japan’s total surrender less than four years after the bombs fell in Hawai’i not three weeks before Christmas in 1941.

Was it inevitable that Japan-U.S. relations should incur such an ugly scar? Was there some other way, based in mutual cooperation and respect? On the anniversary of the beginning of one mankind’s most devastating campaigns, let us step back further in time and glimpse, if we can, the history that might have changed the outcome then, and could still change the world now.

Some sixty years before Pearl Harbor, Ulysses S. Grant, former general of the Federal forces in the Civil War and former President of the United States, stopped by the Mikado’s realm on the last leg of his world tour.

Grant had not been having a very good trip. He had been feted in three dozen capitals and was sometimes compelled to give five or six toasts or speeches in a day. He was tired and frazzled and he wanted nothing more than to lay down the burden of his long-extended public life and go home to America for a well-deserved retirement.

But his arrival in Japan energized him. The place was like nowhere else he had ever been, he said. Of all the countries he visited on his long journey around the globe, Japan was the only one to which Grant hoped someday to return. It was the cleanest place he had ever seen, he remarked with awe. But there was much more than that. 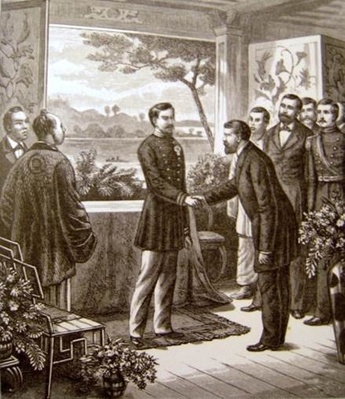 Grant Sizes Up the Land of the Rising Sun

Grant quickly developed a genuine respect for Japan. He refused, for example, to intervene on behalf of the American ambassador to Japan who wanted to break quarantine—Japan was then suffering under a cholera outbreak—and thereby endanger Japan’s public health.

Many from America and Europe viewed Asia as a place for colonial conquest, but Grant did not look down on Japan the way so many other Westerners did. In fact, he looked up to it, and as Grant wrote it “made my blood boil” to see Japan, and China, so widely despised in the European and American press.

Whereas many others wanted to exploit Japan, Grant wanted to support it in its development. Grant saw great promise in the fledgling Meiji government and offered advice for shoring up the government system. This advice was much appreciated just six years after the end of the Iwakura fact-finding mission and study tour of the world’s civilizations and political arrangements, and only ten years after Japan’s own mid-nineteenth-century civil war, the Boshin War.

But perhaps the most remarkable thing that Grant told his Japanese hosts was that they should avoid, at all costs, accepting loans from European governments. Grant had seen with his own eyes the price of money in politics, after all. His administration had been wracked by scandal, and as a wily anti-KKK (Ku Klux Clan) fighter in the post-Civil War South, Grant had also witnessed firsthand the way that money corrupted political parties and turned local politicians into venal fixers on the take.

But Grant’s admonition for the Japanese was something more, too. Grant saw in Japan a special country, a place worth defending and keeping from being made the plaything of European powers (which Americans of Grant’s day also instinctively mistrusted, America having been the plaything of European powers for a long time, as well). Europeans would treat Japan “like dogs,” Grant said. He understood that racism was the backbone of colonial adventure and he wanted Japan to stay away from European acquisitiveness.

The Beginning of Friendship, The Perils of Empire

During an interview with the Meiji Emperor in August of 1879, Grant advised the Emperor never to “invite or permit … the intervention of a foreign power” in Asia.

“European powers have no interests in Asia, so far as I can judge from their diplomacy, that do not involve the humiliation and subjugation of Asian people,” Grant inveighed. “Their diplomacy is always selfish, and a quarrel between China and Japan would be regarded by them as a quarrel that might ensue to their own advantage.”

The Meiji Emperor broke protocol that day. To show his affection for his American guest, the Emperor shook hands with Grant, American-style, surely the first time any Japanese emperor ever so greeted a foreign dignitary. It was the beginning of a beautiful country-to-country friendship.

What Grant was dead-set against, more than anything else, was empire. He knew what war was and he knew that the price of empire was endless fighting. Grant communicated with the leaders of the “Loo Choo” (Ryukyu) islands and saw that the islands would be targeted if the Manchurian Qing Empire—which the Chinese Communist Party territorially revamped in 1949—continued its expansionist policies.

Grant also lived long enough to see his own country lurch into empire. This troubled Grant enormously. He had seen enough death and suffering on American soil and he did not want to see America going abroad in search of more monsters to destroy.

The Stirrings of a Clash

What Grant couldn’t have known as he sojourned in Japan was that it would be the American empire which would be the one to devastate Japan in the end. Not Europe, of which Grant was especially wary, but the USA. There is a very sad irony in that.

Grant wrote to his daughter before leaving Japan to express his awe that people in Japan and China were so forbearing towards Western high-handedness, despite all the “insults heaped upon them and overbearing and bullying policy of the foreigner and their diplomatic representatives”.

All forbearance has a limit. Grant saw trouble brewing.

The average Western official in Japan and China, Grant wrote, “is much like … the former slave owner towards the freedman when the latter attempts to think for himself in matters of choice of candidates. The present policy towards these two countries cannot continue much longer without a terrible calamity and one that will fall heavy upon life and property.” 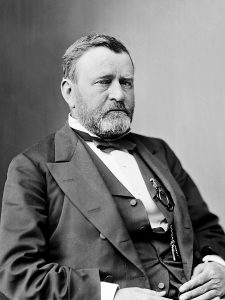 In June of 1879, Grant and his wife each planted a banyan tree in Nagasaki at the invitation of the governor of the region. Grant released an official note in which he hoped that “both trees may prosper, grow large, live long, and in their growth, prosperity, and long life be emblematic of the future of Japan.”

Grant’s remarks at Nagasaki that June day, a day on which he was highly honored by his hosts and on which he expressed his great happiness at being in Japan, are worth remembering. “America has much to gain in the east,” Grant said. “No nation has greater interests at stake.

“But America has nothing to gain,” Grant continued, “except what comes from the cheerful acquiescence of the eastern people, and insures them as much benefit as it does us.

“I should be ashamed of my country if its relations with other nations, and especially with these ancient and most interesting empires in the east, were based upon any other idea,” Grant spoke, his voice edged with foreboding as much as it was buoyed by hope.

“We have rejoiced in your progress. … We have followed the unfolding of your old civilization and its absorbing the new. You have had our profound sympathy in that work, our sympathy in the troubles which came with it, and our friendship. I hope that our friendship may continue, that it may long continue.”

In 1945, the city where President and Mrs. Grant planted those two banyan trees was vaporized by the frightful new weapon that Grant’s successor with the same middle initial, Harry S Truman, unleashed on an Asian country deemed racially inferior—treated “like dogs,” as Grant had once warned.

As the coronavirus has ravaged the economies of the world, people are beginning to take a fresh look at supply chains, reliance on foreign tourists, overseas entanglements. Japan, in particular, an island nation heavily reliant on foreign trade, has had to rethink its relationship with its neighbors near and abroad. Further dealings with the People’s Republic of China, in particular, appear problematic, especially since China is daily attempting to invade Japanese territory around the “Loo Choos” and is pursuing its own racist, imperialist agenda in Asia.

As Ulysses Grant might say, perhaps it is time for Japan to renew its friendship with America. The two countries are military allies, but the possibility exists for so much more. The arc of Japan-U.S. history since the first contact between the two countries in 1791 has been one of curiosity, respect, and cooperation bruised badly by enmity, racism, and destruction. The choice is still ours—our friendship can change the world, if we want it to.

On Pearl Harbor Day, it is hoped that the U.S. and Japan will follow the example of the Meiji Emperor and the American President and greet one another as friends. The way forward for Japan is backーto a time before empire, when America and Japan were budding partners and shared the merry bond of underdogs.